The Sum of All Fears: Georgia Republican Governor claims he only just learned infected people can show no symptoms and be contagious, and Key West's disease magnet homeless shelter still operating 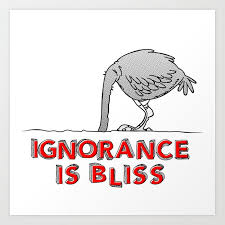 I've been reading online that red states are more reluctant to issue stay home orders, than blue states.  I read where Georgia Republican Governor Brian Kemp declined to issue a stay home order after nearly 50 Georgia nursing homes and senior care centers reported coronavirus infections. Yesterday, Kemp issued a stay home order, he said, because he only recently learned people infected with the virus can show no symptoms and be contagious. Not believing even a Republican governor is that stupid or ignorant, I imagined a forked tongue.
Fact check: Georgia governor says we only just learned people without symptoms could spread coronavirus. Experts have been saying that for months 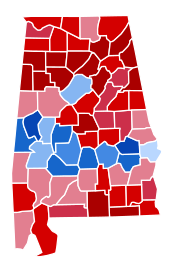 My home state's Republican Governor also capitulated yesterday, while encouraging Alabama residents to pack churches and not indicating whether or not she only just learned infected people can show no symptoms and be contagious:

MONTGOMERY, Ala. (WSFA) - Alabama Gov. Kay Ivey has issued a stay at home order in the wake of the spreading COVID-19 pandemic. The order goes into effect Saturday at 5 p.m. and will remain in place through April 30.
The governor’s order means everyone must stay home except when they need to perform “essential activities.”
Those include the need to:
Obtain necessary supplies
Obtain or provide necessary services
Attend religious services
To take care of others
To work
To engage in outdoor activity
To seek shelter
To travel as required by law
To see family members
This stay at home order is an amendment to the state’s previous COVID-19 health orders. All non-work related gatherings of 10 people or more are prohibited. Also, non-essential businesses must remain closed.
Occupancy at grocery stores and big box stores is limited to no more than 50 percent of the normal occupancy load as determined by the fire marshal.
To attend religious services, the event must involve fewer than 10 people who maintain a consistent 6-foot distance from each other or a drive-in worship service.
Anyone leaving their home during this order must continues to take “reasonable steps to maintain six feet of separation from other persons.”
Ivey held a news conference Friday afternoon with State Health Officer Dr. Scott Harris, Attorney General Steve Marshall and Dexter Avenue Baptist Church’s Rev. Cromwell A. Handy.
It has been one week since the state tightened its health order and ordered the temporary closure of certain “nonessential businesses." The order is in effect until April 17. It also prohibits non-work related gathering of 10 people or more.
During a question and answer session on Twitter Thursday, the governor addressed why she hadn’t issued a shelter in place order yet.
The governor’s tweeted response said, “Each state has to weigh their own set of factors. I’m in communication with local, state & federal officials on a daily basis. We are taking a measured approach to keep Alabamians healthy, safe & working, wherever possible.”
Ivey’s office said she had not ruled anything out in her efforts to stem the spread of COVID-19.
More than 30 states have implemented stay at home or shelter in place orders, including those surrounding Alabama.
Alabama’s first confirmed case of the illness came on March 13, and on the recommendation of the State Health Officer, Ivey declared a state public health emergency.
Exactly three weeks later, there were 1,454 confirmed cases of COVID-19, and 21 deaths.
Nearly 9,600 people had been tested in the state. ​

Today, boat rocker Key West the Newspaper (thebluepaper.com) reported on the still open Key West homeless shelter known as KOTS. I supplied the photos below. My comments follow the photos, and below my comments is a link to the blue paper report. 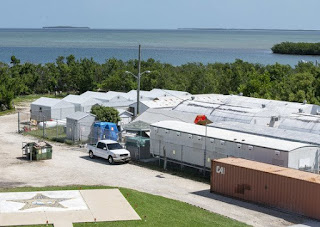 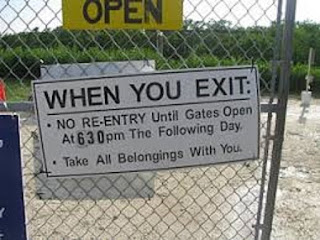 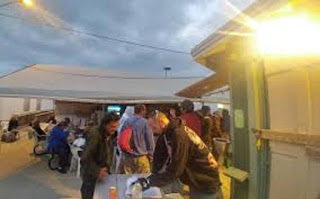 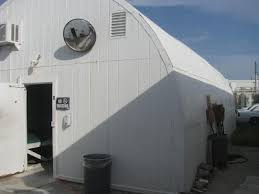 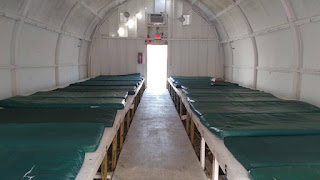 In past times, I stayed many nights at Key West's homeless shelter, KOTS. Based on this blue paper article, Southern Homeless Assistance League (SHAL) seems to be doing as well as is possible in a difficult situation at best. If one KOTS client gets infected, other clients will become infected, because it takes a while for infected people to show symptoms and already they are contagious. It is KOTS clients' habit to spread into the community during the day time. They will become a coronavirus vector for Key West. I see no way to prevent that, other than to give them small tents and require them to camp spaced apart at Higgs Beach and on the bridle path across from Smather's Beach and/or at the new Truman Waterfront Park. There are public restrooms at those locations, and outside showers at Smathers, Higgs and Fort Zachary State Park next to Truman Waterfront Park. Even that might not work to reduce infections in the city's homeless population, but I think it has a better chance than them staying at KOTS.
I have a homeless amiga in Key West, who left before the lockdown with a homeless man who had some money, and they are holed up, and trapped, in a motel in Florida City, as long as his money lasts. She told me this morning that a man dressed like a doctor came to her in a dream last night and told her there will be 100,000 deaths in Florida, and she needs to get out of there. This same woman woke up one morning as Hurricane Irma was barrelling toward Key West, and saw two huge arms and hands come down from the sky and nudge Irma slightly eastward. Soon, Irma turned slightly eastward and spared Key West her "dirty" side, which clobbered much of the rest of the Florida Keys.
Regardless of what anyone might think about her Irma vision or the doctor in her dream, based on blue paper articles, there are confirmed infections in Key West, so there are many more unconfirmed infections, and the algorithm spreading across Florida and America has begun in Key West. I dread thinking what might happen in such a confined city with tightly-packed population. If I were homeless there, I would not use KOTS. I would rough it outside. If cops come, I would say making me go to KOTS might be a death sentence for someone my age, 77, with my history of respiratory infections, including pneumonia. So, either leave me be, or take me to the sheriff's jail on Stock Island, Or, if I'm in a mood, I might say I am infected and am staying to myself and practicing social distancing, and best for them and KOTS and the sheriff's jail, that they leave me be.

Spread the loveby Arnaud and Naja Girard So far, the Florida Keys have had 40 people test positive for Covid-19. Thursday saw the first local death from the virus, a Key West man who was only 55-year-old. Among the particularly vulnerable are those who live in senior citizen group homes and the loca...

THEBLUEPAPER.COM
Key West The Newspaper - Covid 19: How Safe is the Stock Island Homeless Shelter? What More Can be Done? -
Spread the loveby Arnaud and Naja Girard So far, the Florida Keys have had 40 people test positive for Covid-19. Thursday saw the first local death from the virus, a Key West man who was only 55-year-old. Among the particularly vulnerable are those who live in senior citizen group homes and the loca...

Spread the loveby Arnaud and Naja Girard So far, the Florida Keys have had 40 people test positive for Covid-19. Thursday saw the first local death from the virus, a Key West man who was only 55-year-old. Among the particularly vulnerable are those who live in senior citizen group homes and the loca...

sloanbashinsky@yahoo.com
Posted by Sloan at 11:25 AM