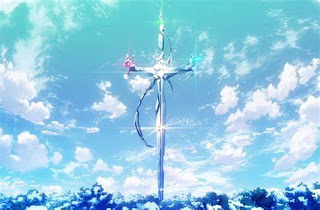 President Trump declared he had total authority to order governors to reopen their states for business. That drew Constitutional rights not granted to the federal government reserved to states objections from Republicans and Democrats alike. President Trump then pronounced he had given state governors authority to decide when to reopen their states.

I thought last night of my home state Alabama Governor George Wallace chanting states rights and running on a states right ticket and doing pretty well until he was shot in the belly. Today, Alabama's Republican Governor Kay Ivey seems to take direct orders from President Trump. My hometown Birmingham was closed down, not by the city mayor, not by the county mayor, not by Kay Ivey, but by the county health department.

Facebook thread started yesterday by Peggy Butler, a retired nurse I knew in Key West, who eventually moved to the south Florida east coast where she could afford to live.

April 15, 2020 (tax day)
"The FDA is walking back its decision to loosen restrictions on coronavirus antibody tests after the market was flooded with faulty, low-quality versions. Antibody tests can tell if a person has been infected with coronavirus, recovered and is now ostensibly immune. According to leading doctors like Dr. Anthony Fauci and Dr. Deborah Birx, knowing who's been infected across the population is critical to understanding how quickly and safely society can reopen. Unfortunately, after the FDA loosened restrictions on the tests, scientists realized new tests on the market were not all reliable. Seeing as how an inaccurate result could endanger people with a false sense of immunity, the FDA has now tightened enforcement again." CNN

Below is when to reopen the Florida Keys interview with the Administrator of the Monroe County (Florida Keys) Department of Health in yesterday's Key West the Newspaper (thebluepaper.com), where people in Key West and the Florida Keys go if they want to find out what really going on. Monroe County Commissioner Craig Cates term-limited out after 5 terms as mayor of Key West and was appointed by the Florida governor to fill a sudden vacancy on the county commission. Key West Mayor Teri Johnston, who ordered all non-essential businesses closed and restaurants and bars take-out only in Key West, is not part of this blue paper article. Key West probably generates 75 percent of the tourist economy in the Florida Keys.