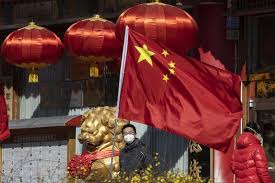 Did This Scientist Develop a Cure for COVID-19?

Analysis by Dr. Joseph MercolaFact CheckedApril 15, 2020
·         A biotech company called Distributed Bio claims to have developed an antibody therapy against COVID-19. The drug will be tested for efficacy by the U.S. Army Medical Research Institute of Infectious Diseases
·         Two older drugs now being used against COVID-19 are the malaria medications chloroquine and hydroxychloroquine. The U.S. FDA is allowing chloroquine to be used off-label against COVID-19
·         A small but positive study in France showed COVID-19 patients treated with chloroquine experienced rapid recovery. It also reduced the time they were contagious
·         Chloroquine appears to act as a zinc ionophore, which allows more zinc into your cells, where it may help promote the death of the virus. However, it also has potentially deadly side effects
·         Both chloroquine and hydroxychloroquine have the side effect of elongating your electrocardiogram QT wave. This means the electrical activity in the heart is altered, which can lead to seizure, fainting and sudden death

Jacob Glanville, Ph.D., a self-described “entrepreneur, inventor and computational immuno-engineer”1 featured in the Netflix docuseries “Pandemic: How to Prevent an Outbreak,”2 claims to have developed a viable cure for COVID-19 that will soon undergo testing by the U.S. military.
Glanville, founding partner and CEO of a biotech company called Distributed Bio, and a group of employees began working on a treatment January 25, 2020. According to the company’s website:3
“Our strategy was to engineer a panel of anti-SARS antibodies to make them recognize and block the novel coronavirus. The result of that work is a panel of ultra-high affinity therapeutic antibodies to neutralize SARS-CoV-2 (the virus behind COVID-19).
The work leveraged both the Distributed Bio SuperHuman 2.0 human antibody discovery technology and the Tumbler computational antibody optimization technology to discover thousands of antibodies against a novel virus in 9 weeks.

How the Antibody Treatment Works

In a March 31, 2020, interview, Glanville explained how his company came up with the treatment:4
" … My team has successfully taken five antibodies that back in 2002 were determined to bind and neutralize, block and stop the SARS virus … The new virus is a cousin of the old SARS.
So, what we've done is we've created hundreds of millions of versions of those antibodies, we've mutated them a bit, and in that pool of mutated versions, we found versions that cross them over … They bind on the same spot as the new virus, Covid-19.
It binds [to] the spot that the virus uses to gain entry into your cells. It blocks that. At this point we know it binds the same spot extremely tightly with high affinity. The next step is we send the antibodies to the military, and they will directly put those on the virus and show that it blocks its ability to infect cells."
As reported by Fox News,5 the antibody therapy essentially circumvents the need for a vaccine. “Instead of giving you a vaccine and waiting for it to produce an immune response, we just give you those antibodies right away … so within about 20 minutes, that patient has the ability to neutralize the virus,” Glanville said.
According to Glanville, the completed drug will be tested for efficacy by the U.S. Army Medical Research Institute of Infectious Diseases (USAMRIID), while the Charles River Laboratories will conduct safety testing.6
According to the New York Post,7 human trials may begin at the end of the summer. At best, the drug might be released in September for compassionate use, Glanville says, which means patients can get the drug outside a clinical trial. When asked about Glanville’s claims, Dr. Anthony Fauci replied that the use of monoclonal antibodies is “an old concept” and that pursuing it was “the right thing to do."

Leading with, "Oh well, what will be, will be," retired technologies scientist Sancho Panza also emailed someone's detailed allegations that China invented coronavirus and vaccine to enable China to cripple other nations and enrich China.

Gets more interesting the further you read.

Some Good Points
Just passing this along from a friend.  Something to think about!!  Not all seems accurate, but much is very accurate.

The Coronavirus travelled the entire world from Wuhan, but it did not reach Beijing or Shanghai... can anybody explain that?
There are so many questions, after all, where it all began, in China, the Chinese stock market didn't crash yet the American and European markets did... and when the those markets crashed the Chinese bought big.

All roads lead back to China...

1. They created a virus to which they already had an antidote for.
2. They purposefully spread the virus for economic gain.
3. There is a clear demonstration of efficiency... they built hospitals in a few days. They had to have already been prepared with the projects   organized... with ordering the equipment, hiring the labor, the water and sewage network, the prefabricated building materials and stocked in an impressive volume, it all happened so fast.
4. They caused chaos in the world, starting with Europe, and the rest of the western worlds following.
5. Quickly decimating the economies of dozens of countries.
6. Stopping the production and manufacturing lines in factories and primary producing in dozens of countries.
7. Causing stock markets to fall and then they bought stocks, bonds and companies at a bargain prices.
8. They then quickly gained control of the epidemic in their country. After all, they were already prepared and it was never really out of control.
9. In all of this they managed to lower the price of commodities, including the price of oil.
10. They are now returning to mass producing while the rest of the world are at a standstill.

Also note how quick Chinese syndicates were activated to go “hoarding” shopping by the bus load to regional shopping centers throughout Australia stripping our shelves of toilet paper and staple food.  It happened before most of us even knew what was happening, before we even knew what Coronavirus even was.

PS: read the book by Chinese colonels Qiao Liang and Wang Xiangsui, from 1999,
“Unrestricted Warfare: China’s master plan to destroy America”, on Amazon. It's all there.
Worth pondering..

Just think about this...
How come Russia & North Korea are almost totally free of Covid-19? Because they are staunch allies of China. The lowest reported cases of Covid-19 are from these 2 countries. On the other hand South Korea / United Kingdom / Italy / Spain and Asia are severely hit. And how come Wuhan is suddenly free from the deadly virus?
China will say that their drastic initial measures they took were very stern and Wuhan was locked down to contain the spread to other areas. I am sure they are using the Antidote of the virus that was already available before they released the virus.
Why was Beijing not effected at all?
And another interesting fact...
China's President Xi Jinping visited Wuhan in the peak of the outbreak... why did he just wear a simple RM1 facemask to visit those affected areas? As President should he not have been covered from head to toe in a hazmat suit? Perhaps because he was already injected with the antidote there was no need for concern?

There is no doubt this is biological warfare. And the world will be so different when this crisis does settle. Perhaps this is just stage one, and China really does take over the world.

I replied to Sancho, "Interesting, except Russia is not a staunch ally of China, and Putin is saying, 'Moscow, we have a problem.'"