Easter message from the rizen Jesus: If you are pro-life, stay home today and don't vote for pro-money President Trump 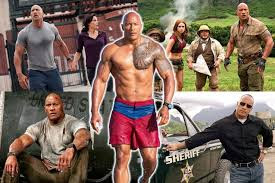 
I thought the title for today's post at this blog might be something like, The risen Jesus says, "If you are pro-life, don't vote for pro-money Donald Trump."

I thought about my first social outing yesterday, since the lockdown confined me to my apartment, except for short walks and trips to the grocery store.

At his invitation, I met a black pastor friend, with whom I love playing chess, at a locally-owned donut shop that has outside tables and enjoys good take-out business. At our cars, we put on face masks. He sprayed Lysol on an outside table. I had paper towels in my car and used them to wipe down the table. He gave me surgical gloves, which I had not yet worn. We had at each other for 2 1/2 hours. He's a little better, but I win some games and we tie a game or two, and that's how it went yesterday.

Once again the pastor asked me, "What's wrong with President Trump? How can he behave the way he does? Saving lives is not his top priority, making money is more important." I agreed. The pastor shook his head. I recalled news articles of the coronavirus infecting disproportionate numbers of black people. I asked if he had closed his church? Yes, email my messages. Your church won't be open tomorrow, Easter? No, Thou shall not tempt the Lord, thy God, we said in unison.

I recalled from the Gospels:

Matthew 6:24
King James Bible
No man can serve two masters: for either he will hate the one, and love the other; or else he will hold to the one, and despise the other. Ye cannot serve God and mammon.

It finally dawned on me to Google-search "Wayne Johnson on Donald Trump", and this came up near the top:

Dwayne Johnson: Trump proves to many that 'not everybody should run for president ...

“What I'm sensing now is that we have to pivot back to people who have a deep-rooted knowledge of American history and politics and experience in policy and how laws get made. I think that pivot has to happen,” the “Rampage” star tells Rolling Stone in an interview published this week.
"I think in a lot of people's minds, what Trump has proved is that anybody can run for president," says the WWE wrestler-turned-box office star, who’s flirted over the years with his own political bid. "And in a lot of people's minds, what he's also proved is that not everybody should run for president.”
Johnson says he didn’t cast a ballot in the 2016 presidential election: "At the time, I just felt like it was either vote for the [candidate] I thought would make a better president than the other, even though I would rather have someone else, or not vote at all.”
“I wrestled back and forth with it. We were on the set of ‘Jumanji’ in Hawaii, and it really was like calling on the gods. Give me the answer. Ultimately, it was [to not vote],” he said.
But, he says, "The next elections, in 2020, I think I'll be a little bit more vocal in who I support.”

I viewed Hillary Clinton and Donald Trump as opposite sides of the same coin and voted for Green Party candidate Jill Stein, a physician, who campaigned on healing people and the planet. I thought the other day that we sure could use Jill in the White House today.

sloanbashinsky@yahoo.com
Posted by Sloan at 2:22 PM