Coronavirus caused God to give up trying to wake up mankind? 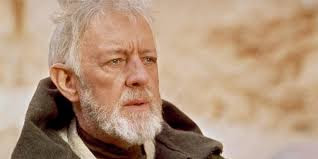 If China is not held responsible for their bioweapons development, I see something coming worse for mankind. If all bioweapons testing and development isn't halted, I believe it is the end of the species. That's the message I got from Yoda.

The other message I got is that this is what I predicted all last year. I kept telling you I had all these apocalyptic dreams. Well? This is it. It's in man's hands. Man preached free will so long- we can pray and we can do right, but nothing is certain. You kept reading it as some great calamity coming to your family and I tried to tell you, "No, this concerns the world." This is it.

China has been processing 3200-4500 cremations a day in addition to the mass graves. The reasons the cities are shown empty isn't because people are self sheltering. China may have millions dead. There have been leaked non-altered pictures of the pallets of cremated ashes.

As it is, it is such an evil act I do not know what the plan is and it seems all is in flux.

All the biological labs have to go as it a Tower of Babyl situation where man is playing God and I don't think God is.... pleased....

Don't recall arguing your dreams last year were about my family, I remember wondering what the dreams might be about, could be my family, could be X, could be humanity.

Don't see how humanity has any chance of responding appropriately, if it doesn't know this virus is a bioweapon, for starters, and, stage two, the extent of bioweapon development. Impossible to deflect hard scientific facts need to come forth, because what prophets, shamans, etc. say, what conspiracy factions say, will not mobilize that kind of rebellion, and even with the hard science proof, the Status Quo will do everything it can to squash.

Do you think Trump calling it the China virus gave away he knew it was made in a China biolab, but he didn’t want to be a negative person and tell it straight to Americans and the world?

After receiving your message, I wondered what's point of someone my age, even with my enhanced abilities, sticking around? Not death threat, but simply tossing up my hands with what the fuck?

I forgot to tell you that my homeless seer amiga had apocalyptic dream night before last, not knowing I would describe the virus as “like a giant blob from outer space, which has no natural enemies on Planet Earth and will do whatever it wants until it gets tired, or bored, and dozes off.”

The blob in the seer's dream was purple, and it was eating all the old, weak, sick and stupid people. I told her purple is a royal color, also in the spirit. She said maybe it came from God. I reminded her that she told me a while back that one of the Seven Seals had opened. She said somebody broke it open. I said back in time, there was a top hit song about a purple people eater from outer space. Another top hit back then was, “He Has the Whole Wide World in His Hands!”

Could go seriously nuts trying to nail such things down with finite hammers and nails.

However, it came to me after my previous reply to you, or I just dreamed it up, that a worldly and spirit call needs to go out to all shamans, metaphysicians, spirit workers, intercessors, magicians, sorcerers, etc., to turn their attention toward the blob and all its facets, and put their asses and their souls on the line, and summon in however way they do it, whatever is necessary, whatever it is, whatever it might be called, to address the blob and everything related to it, regardless of how that might impact them or their affairs and relations, or humanity. Saying it another way, they summon THE WILL OF GOD with no strings attached, IF IT IS WILLING TO INTERVENE.

My next stop is Hotel California, which I heard still has empty beds.

There was a one eyed one horned blind purple people eater.... and he has the whole wide world in his hands....

I can remember hearing Purple People Eater on Fox 97 oldies station Atlanta, came in singing it because I thought it was funny and my mom had no idea what the fuck I was referring to and I got an assbusting from Mom and Dad both because they thought me singing about the one eyed one horned blind purple people eater was singing about a penis. I finally showed them Disney made a children's movie about it and they calmed down but as they told me: "We will absolutely never apologize to you- ever."
This was popular when I was about 6 or 8 years old. Oh the assbusting I got- from both... is there any wonder I’m a schizo?  https://www.youtube.com/watch?v=FY7NZ6vKWGM
Preview YouTube video Purple People Eater

Me to Obi Wan today:

Maybe got answer to my plea to mutants (shamans, spirit workers, etc)? My seer lady friend reported dream last night. In my shining armor with my big shiny sword in its scabbard, astride my big white horse in shiny armor, I watch hordes of foot soldiers I send in to fight a huge purple blob all be mowed down and killed.