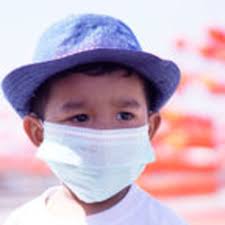 You're right, it is a rant with too many threads leading nowhere fast!

Shucks,  shut-in me worked hours yesterday, and more hours today, putting that giant upchuck together in what I hoped was a non-partisan fashion.

Maybe I was influenced by a sense last night that the coronavirus is like a giant blob from outer space, which has no natural enemies on Planet Earth and will do whatever it wants until it gets tired, or bored, and dozes off.

For sure, I was up to my gills with the political posturing.

Hope you and your loved ones don't catch what the blob is dishing out.

Saw online later yesterday that the coronavirus got into the U.S. Navy nuclear aircraft carrier Theodore Roosevelt carrying 5,000 sailors, and the carrier was diverted to Guam and the 5,000 sailors were still on board cooped up like sardines. Wondered what Tom Clancy would think?

Turned in last night thinking human governments will never be the same again. Dreams last night a morass. Woke this morning to online news that President Trump's poll ratings at all-time high and a number of democratic countries are ceding authority to autocratic leaders. Then, saw email from landlubber friend containing:

For the sake of morality, political governance, and the future, the world must ensure that the Chinese regime pays for its malfeasance.

The Chinese Communist Party (CCP) is waging a ferocious, global propaganda campaign designed to deflect blame for the origin and spread of the COVID-19 outbreak from Wuhan, China. Moreover, Beijing is trying to take advantage of the pandemic to increase its global standing and influence. There are three main reasons why the world must hold the CCP accountable for the first global pandemic in a century.

The first reason the CCP must be held accountable for the pandemic is that morality demands it. General Secretary Xi Jinping’s regime has refused to accept responsibility for allowing the epidemic to spread uncontrolled, first in Wuhan, then throughout China, and finally beyond its borders to the rest of the world. Chinese officials knew of the seriousness of the pandemic as early as December, yet waited weeks to begin restricting travel, allowing millions of Wuhan residents to visit relatives elsewhere in the country and abroad for Lunar New Year celebrations, spreading the virus as they went. British scientists have argued that if Beijing had acted just three weeks earlier, it could have reduced the spread of the virus by 95 percent.
We also know that in the time before the outbreak’s seriousness became apparent outside China, the CCP destroyed laboratory samples and punished the brave doctors and citizens who tried to warn their countrymen and the world about the pathogen, while refusing foreign offers of help. We are almost certain that Beijing dramatically underreported the number of deaths in Wuhan, and is no longer reporting new infections in China. Leaked photos have shown huge lines of Chinese waiting for the cremated remains of their loved ones in Wuhan, and widely shared calculations on social media of crematoria activity estimate up to 46,000 deaths in Wuhan alone, far above the country’s official death toll of just 3,300. Riots are breaking out as people desperate to leave Wuhan’s Hubei province are stopped at internal checkpoints.
In short, the CCP, which for years has claimed to be a responsible member of the global community, showed its true colors when this crisis hit. It can no longer be denied that Xi’s regime is a danger to the world. Justice demands it be held morally culpable for its dangerous and callous behavior.

The second reason that Beijing must be held accountable is a political one: The CCP’s actions have gravely undermined global political governance. As legal expert James Kraska has noted, China was morally and legally bound, as a party to the 2005 International Health Regulations, to “provide expedited, timely, accurate, and sufficiently detailed information to [the World Health Organization] about . . . potential public health emergencies” such as the coronavirus. Instead of doing so in this case, Beijing actively misled the WHO about the crucial fact that the pathogen was transmitted between humans. The result is that Xi can no longer credibly claim the CCP adheres to international law, and that the corruptibility of long-standing intergovernmental organizations such as the WHO is more apparent than ever.
Moreover, despite being portrayed as a selfless provider of medical aid to other affected countries, Beijing is actually reaping hundreds of millions in profits by selling equipment to panic-stricken governments abroad. Much of that is useless and is being returned by Spain, the Czech Republic, and Malaysia, among other countries. This sort of thing is typical of the least altruistic regime on earth, and worse may be on the way: Xi’s government will likely expect political favors from the countries it has “aided” during the crisis, the same way that aid recipient Greece was pressured to block an EU statement on Chinese human rights in 2017.
Those who believe that good global governance, however flawed, is an important tool for maintaining international peace and for contributing to development and growth should be appalled at how the CCP is undermining the liberal international architecture and suborning global institutions to its will. The normalization of such misbehavior cannot be allowed to stand.

Protecting against the Next Deadly Pathogen

The third reason Beijing must be held responsible is to prevent another pandemic from ravaging the world in the future. As we saw in the 2014 Ebola outbreak in Dallas, Texas, and are seeing again now, the era of globalization has allowed once-isolated pathogens to leap across national boundaries. Dr. Anthony Fauci of the CDC is among many who have pointed out that Italy has been devastated by the Wuhan coronavirus partly because it hosts a huge number of Chinese tourists as well as workers in the northern manufacturing regions where the virus emerged. In all, 310,000 Chinese live in Italy, and many returned there after visiting China for the Lunar New Year, spreading the virus to their adopted home country. This was, again, the fault of CCP officials, who failed to implement the proper travel restrictions despite knowing of the outbreak’s seriousness.

William F. Buckley founded the National Review. Am reminded of back when he ran for mayor of New York City and was asked what if he actually won? He said he would demand a recount! I wonder what Bucklely would say about the state of the Union today?

I replied to the landlubber:

A fourth reason to hold China accountable is what it did was intentional mass terrorism due to intentional lying and deceiving.

A fifth reason is China invented the fucking thing and let it get loose.

I think the article flops by not saying how countries can recoup reparations from China without going through international tribunals. "Possession is 9/10ths of the law" comes to mind.

Sometime after being elected, President Trump said America should capitalize Afghanistan and Iraq's national resources to recouple what America had spent and would spend on those two wars. I thought that was outrageous, because America had started those wars. However, why is not Trump now talking about capatalizing China's assets in America? Such as America's $1 trillion-plus debt to China. Such as ordering American companies, which build their products in China, to move those factories back to America, or he will nationalize those companies and move their factories back to America. Make America Great Again, right? President for life, right?

Also sort of amusing, "Face" is a really big deal in Asia. China is trying really hard to make itself look like it is saving the world from the coronavirus. President Trump spends a great deal of time and energy defending and promoting his national hero image. Maybe he has Chinese genes deep down inside?

A Key West city transit bus driver, who retired and moved to south Florida where he could afford to live, commented under the March 19, 2020 post at this blog, which led to further discussion:
https://afoolsworkneverends.blogspot.com/2020/03/chinese-virus-embrace-tiger-return-to.html

UnknownMarch 28, 2020 at 1:30 PM
Hello again, Sloane.
The thought of catching this thing scares me, and I can get by indefinitely in a 'shelter in place' mode. If I were right now a restaurant or hotel employee,laid off indefinitely, I'd be out of my mind.Even if this thing abates by summer, a long shot at best,hourly workers will be months behind in their rents. They'll need more than a $1200 check just to eat. Much more. Season be then be way over. And: How many of the closed Keys businesses will Ever be able to reopen?
Up north, the Fed has already been buying $70 billion a day in Treasury paper. A DAY. On top of that, there's the 2 Trillion in emergency funding that just got past, but, serious people say the real added number will be moore like 6-7 Trillion by summer's end.Remember that the troubles in 1929 didn't really lighten up until 38-'39 with the run up to WW2.
When next Season rolls around, how many people up north will even have the ability to vacation in Key West, let alone the inclination to spend? 'Pent up demand', my ass.

OK, OK. It's right now all about the physical threat of death from this disease. Yes. Just wanted to say 'Hi!' after all these years and maybe brighten up your day a little bit. I'm just afraid that it's going to turn into a decade's - long day's journey into night before it's over.'Over', whatever that turns out to mean.

Yup.
And neither Key West nor MC has a Fed that will allow them to print all the money needed to cover what will be many severe current monthly deficits. Imagine what city and county income figures are going to look like just for the next 12 months.
They MUST balance their budgets. For them, it's not optional. This thing is not going to be pretty, as time goes by.

On another note. I recently canceled Netflix and got Kindle for the same money. Much better content. Makes day to day 'Social Distancing' far less opprobrious. Worth a look.
Ya gotta feed your head, too, Sloane.
And - it's cheep, cheep, cheep for what they offer.

bye
sloanbashinsky@yahoo.com
Posted by Sloan at 11:09 AM