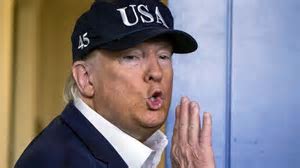 I talked on the phone this morning with very good Republican friend, who voted for Trump in 2016. My friend lives a few miles above Key West, and is very involved in Key West affairs for many years. He manages other peoples' money. He said his clients' accounts are 18-20 percent below pre-virus values. I said that's pretty darn good.

I said President Trump is sending coded messages to MAGAs. They know he is doing that, and the rest of what he says is political rhetoric. My friend asked if that is criticism or observation? I said it is observation. My friend agreed that a President Hillary Clinton would be facing the same tough choices, and be under the same terrible pressure. My friend agreed with my wishing Trump had had not graded himself 10 on a scale of 10 and keeps congratulating himself.

My friend said strong U.S. corporations will emerge much stronger by gobbling up for pennies on the dollar companies that went under. My friend seemed slow to get 3,000-plus blue collar workers in the virus-closed pork-processing plant in Sioux Falls, South Dakota have nowhere else to get work to make ends meet. Same for blue collar workers in the Florida Keys, and everywhere else in America, whose companies are closing down and they are out of work. They will run out of money and they will rebel, perhaps civilly, perhaps violently.

I said, in the Florida Keys and Key West, local tax revenues are falling. The county and city governments are losing revenue and will lay off workers. This is happening in states, counties and cities across America, and will become more severe as the lockdown continues.

Yesterday's Key West the Newspaper reported Monroe County (Florida Keys) Mayor Heather Carruthers virtual address to keys people, and the county health department administrator county commission grilling the day before. The keys are looking at not reopening locally until 2 weeks of no new infections, and not reopening to visitors until mainland cannot re-infect keys. Human life paramount in the keys. For now.

My friend agreed the Florida Keys and Key West and America will not be able to stay shut indefinitely. They will have to let local businesses reopen. I said a nuclear winter economy could be much worse than the coronavirus. Nuclear winter economy could bring on 1929 crash, rioting, looting, shooting. Martial law. Suspended elections. Orwellian 1984.

I said it looks to me an effective vaccine ASAP is crucial, regardless of who invents it and what it costs per dose.

My friend said he can see a different post-virus economy in Key West and the Florida Keys. More people who work out of their homes. Maybe fewer, or no cruise ships. I said less, or no, cruise ships would take care of the dirty T-shop stores on lower Duval Street, and reduce attendance in Duval adult entertainment establishments, such as former city commissioner Mark Rossi operates.  Perhaps  Ed Swift's conch trains and city trolleys, which clog city streets and make lots of noise, go the way of the dinosaurs.

My friend emailed this article in today's Key West Citizen. I replied below the article. 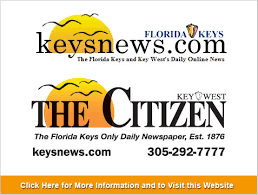 As workers in the Florida Keys and the rest of the state still wait to receive unemployment compensation, the call to reopen businesses and ease restrictions has increased.

Floridians began receiving stimulus payments this week, but an overwhelming number of out-of-work workers have yet to receive one unemployment check. The Department of Economic Opportunity for weeks has struggled to upgrade its woefully inadequate website and application system.

This week, Gov. Ron DeSantis removed DEO director Ken Lawson from responsibilities tied to unemployment and placed those responsibilities with Department of Management Services head Jon Satter, according to media reports out of the state Capitol. However, unemployed workers are still awaiting payments.

Nowhere in the state is the economic pain of the coronavirus being felt greater than in the Keys, where all the bars, hotels and many restaurants are closed indefinitely. The situation in the Keys is especially dire as tourism is the main source of revenue.

Workers in the Keys have gone roughly a month without a paycheck. Key West waiter Peter Ryan applied for unemployment benefits weeks ago but struggled with a personal identification number problem.

Ryan is a father whose wife is small-business owner in the destination wedding industry.

“I got my PIN reset, thankfully,” Ryan said. “I’m having to log in to claim my benefits, which is impossible. It bumps me off immediately. It’s the equivalent of a 40-hour work week just to claim benefits. I found a politician, Anna Eskamani, in Orlando who is awesome. I feel much better about the situation after talking to her last night. They are now shutting down the system overnight so the daytime is overloaded. They are manually adding paper applications and people from large companies. Their website says necessary maintenance. Bulls–t.”

Eskamani is a Democrat state House Representative who has been active in the movement to fix the unemployment system and has been advocating for workers across the state.

On Wednesday, Monroe County Commissioners grilled local Department of Health Director Bob Eadie about when it would be safe enough for non-essential businesses to reopen and restrictions on bars and restaurants to be lifted.

Eadie did not give the commissioners an exact timetable but said it could two weeks after the last reported case. However, Eadie has said that the Keys lifting or easing restrictions is dependent on whether the cases in South Florida as a whole drop, which has not been the case.

County Commissioner Craig Cates later told The Key West Citizen that people in the Keys have begun to call for lifting restrictions and the opening of business because they are not receiving unemployment benefits and there is a lot of economic uncertainty in the community.

“They are scared,” Cates told The Citizen. “People are worried about going hungry and being evicted from their homes. They don’t realize how slow the government works.”

“I don’t trust the people up there,” Cates added about the state Capitol.

The County Commission tasked staff with sending DEO a letter, but commissioners wanted to tone down their criticisms as the governor has yet to sign the budget and millions of dollars in allocations still hang in the balance.

However, Cates told The Citizen that the people’s ability to receive unemployment benefits should come before any budget requests.

As media reports have surfaced that state officials knew the unemployment system was designed to limit benefits or benefit businesses instead of workers, or at the very least was flawed, Raschein and her staff argue that, as of April 6, more than 520,000 people had applied for unemployment since March 15, compared to 326,000 for all of last year. In the last week of March, the call center received 3.8 million calls, which is 50% more than all of 2019, according to Raschein.

The state has contracted with private calls centers, pumped an additional $119 million into DEO, created an unemployment benefit app and instituted numerous changes in the past two weeks, Raschein said.

Raschein called the upgrades “incredibly helpful,” but she was “not overly confident” it would resolve all of the issues and get payments to workers quicker.

She agreed that many Keys residents and business owners are frustrated and are now willing to forgo health concerns and go back to work in order to start earning an income.

“The two top state industries are tourism and agriculture and both are at the bottom,” Raschein said. “They are bottoming out. It is going to take strong leadership to get through this.”

Thainks, I still think bad decision The Citizen stopped allowing reader comments under its articles. What about free speech newspapers so cherish? What about people reading The Citizen, who want to be heard, but all they can do is submit letters to the editor, so they read the various free local newspapers, which encourage reader comments under articles, editorials? And, The Citizen wonders why it struggles financially?

That aside, I think Tim O'Hara did a good job laying out the various unhappy issues. I laughed, though, over Craig Cates saying he does not trust the people in Tallahassee, when one of them, Governor Desantis, appointed Craig to fill a sudden vacancy on the county commission. I can imagine sooner than later, Craig copies President Trump telling people  returning to work is more important than nuclear economic winter, which might do far more damage than the coronavirus.

sloanbashinsky@yahoo.com
Posted by Sloan at 10:05 AM