Is resistance to Covid-19 vaccines Biblical? Perhaps Texas GOP anti-mask, anti-vax leader Scott Apley knew after Covid-19 killed him and infected his wife and their baby?? 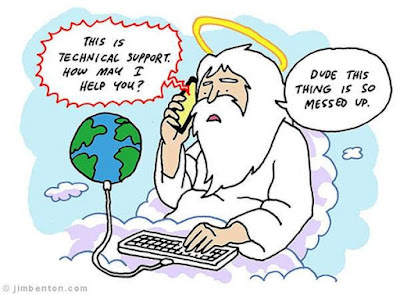 MichaelWhere are the statistics proving that antivaxers are Republicans? For the record, I’m not an antivaxer and still don’t understand this. The shot is effective and free. I do agree that effective therapeutic’s are out there but were poo-pooed by the scientists and media which contributed the the Covid hysteria.Sloan BashinskyAlthough a substantial number of blacks and old hippies ( so to speak) have resisted vaccination, red states, our very own Alabama, for example, Mississippi , Arkansas, Florida, Texas, etc. have much higher infection rates and over capacity hospital rates.MichaelLots of minorities and hippies in Alabama. I’m proud to live in such a diverse State.I can’t explain Alabama’s low vaccination rate other than our slow, disorganized roll out.Sloan BashinskyI have not met one hippie or black in Alabama who opposed vaccination, but I have know of quite of few reds here who oppose vaccination.MichaelI know a number of people more frightened of the vaccine than Covid. I’ve tried to reassure them.Sloan BashinskyAs do I, and they predominantly are are red spectrum folksMichaelNot my experience.Sloan BashinskyHard for me to ignore red states have lower vac and higher infection rates.MichaelTrue and unable to explain why. State governments are pro vaccine but anti mandate. There are consequences that come with personal choice.Sloan BashinskyThe state statistics explain Republicans resist vaccination more. The why is not addressed by the statistics. Thanks to the last Republican president, there were vaccines much sooner than in past. Maybe it’s Biblical?MichaelMaybe Republicans distrust government more than Democrats.Sloan BashinskyThat makes no sense. Capitalist companies developed the vaccines, some got government funding, Pfizer used its own money,Sloan BashinskyI bet it’s a rare doctor in America, who has not been vaccinated and tells patients not to get vaccinated. Yet when unvaccinated Republicans and anyone else catch C19 and are scared and getting sicker, they see a doctor, they go to hospitals. They don’t rail against vaccines and the government then.Sloan Bashinsky45 year old Scott Alpey in Texas, for example. Bizarre Texas Republican circles reaction reaction to his C19 death.Now fully vaccinated Texas Republican governor has it, and I bet he’s really glad he got vaccinated.That looks kinda Biblical to me.MichaelNot sure Abbot is/was an antivaxer. I’m pretty sure he is for individual choice and personal responsibility.Sloan BashinskyWhy don't you do a bit of research on Apley, try this:Scott Apley dies of covid after anti-mask and anti-vaccine ...https://www.washingtonpost.com › nation › 2021/08/05Aug 5, 2021 — A Texas GOP leader railed against vaccines and masks. Then he died of covid. Error: Try reloading. H Scott Apley, a City Council member in ...Texas GOP Official Mocked COVID Five Days Before He Diedhttps://www.thedailybeast.com › h-scott-apley-chair-of-...Aug 4, 2021 — H. Scott Apley's Facebook page was filled with anti-mask, anti-vaccine content until he was suddenly hospitalized on Sunday.Texas GOP official who mocked COVID-19 dies of virus - Fort ...https://www.star-telegram.com › news › article253276493Aug 6, 2021 — H. Scott Apley, a GOP official in Dickinson, Texas, died Wednesday of COVID-19, family says. He had previously mocked the virus, vaccine and ...WASHINGTONPOST.COMThe Washington Post: Breaking News, World, US, DC News and Analysis

MichaelCan’t read it because I refuse to subscribe. I’m pretty sure I get the message. I want everyone vaccinated but it’s their choice.Sloan BashinskyIncluding dying. Then, they get to explain it to God.MichaelWhat is it you want, forced vaccinations? This is still America…….Sloan BashinskyWhere’d you get that? You think we don’t have to explain to God our actions? How’d you like to be in Scott Apley’s predicament? All that railing against masks and vaccines while he and his wife prayed to have a baby. Their prayers were answered, he caught C19 and died.MichaelI’m still trying to figure out your point. I wish everyone was vaccinated and also want effective therapeutics available. I just don’t want government mandates.Sloan BashinskyI will be surprised if there are government mandates, other than if you want to work for the government in the flesh in an office, you must be vaccinated. Any business for or not for profit can require same. I thought we were discussing people’s reasons for not getting vaccinated. And, red states (Republican) having much lower vaccination rates. Scott Apley represented what looked to be a fanatical opposition to masks and vaccines, as if that was his religion. Was he tempting God? Did he not consider God might have helped vaccines be developed to prevent him from dying so horribly? He’s getting the answer in the afterlife. There are cheap, effective therapeutics, but they are not available because they are cheap. Long live Capitalism!!!

Sloan Bashinsky
Meanwhile, I think all you had to do to read the Washington Post article about Apley was click on the link I provided. At least, I got there by clicking on the link. The article tells a truly said tale, including Apley's wife and their young son tested positive after he got it.
Here's the article, which ends with a quote by an Alabama doctor:
A Texas GOP leader railed against vaccines and masks. Then he died of covid.
H Scott Apley, a City Council member in Dickinson, Tex., has died of covid-19. (City of Dickinson, Tex.)
By Jonathan Edwards
August 5, 2021 at 7:04 a.m. EDT

A leader of the Texas Republican Party hopped on Facebook in May to post about a “mask burning” party 900 miles away in Cincinnati.

“I wished I lived in the area!” wrote H Scott Apley.

The month before, Apley had responded to what Baltimore’s former health commissioner was heralding as “great news” — clinical trials showed that the Pfizer vaccine was effective at fighting the coronavirus, including one of the recent variants, for at least six months.

“You are an absolute enemy of a free people,” Apley wrote in a Twitter reply.

Two days later, Apley was admitted to a Galveston hospital with “pneumonia-like symptoms” and tested positive for coronavirus, according to an online fundraising campaign. He was sedated and put on a ventilator.

On Wednesday, he died, members of his county’s party announced on social media.

Patrick McGinnis, chairman of the Galveston County Republican Party, said in a statement that Apley’s death was a “tragedy … magnified by his youth, his young family especially his very young son.”

Apley’s wife and their son also tested positive for the virus. Neither had been hospitalized when Apley first went into the emergency room, according to the GoFundMe page.

In a little more than a day, the fundraising effort — which has since been updated to cover Apley’s funeral costs — raised more than $28,000 from over 300 donors. The man running the Apleys’ GoFundMe page and the Galveston County Republican Party didn’t respond to emails from The Washington Post late Wednesday.

Apley was elected to the Dickinson City Council in November after a failed campaign in 2019. He was also serving his first term on the Texas GOP’s State Republican Executive Committee.

McGinnis, who did not mention that Apley died of the coronavirus, remembered his colleague as “an advocate for liberty, limited government and the highest ideal of American Exceptionalism.”

Texas GOP Chairman Matt Rinaldi noted in a separate statement that Apley had “a long history of conservative political activism.”

On social media, Apley criticized the idea of businesses using vaccine passports. Supporters of such passports “are the same ones who were happy to see you shut down for a year because they were scared to leave their homes,” a man said on Facebook.

When officials at the NRG Park Community Vaccination Center in Houston started offering goodies like NFL and Disney on Ice tickets to coax people into getting vaccinated, Apley posted a short, clear assessment to Facebook: “Disgusting.”

Apley is one of a growing number of highly publicized cases of people getting seriously ill or dying after railing against masks, bashing vaccines, playing down the gravity of the pandemic or merely being vaccine-hesitant.

Last month, a conservative talk-show host in Tennessee went to the emergency room after a coronavirus infection gave him pneumonia, The Post reported. Before getting sick, Phil Valentine had decided not to get vaccinated and used his radio show to frequently make fun of efforts to get more people inoculated.

An unvaccinated radio host is sick with covid. His family is ‘elated’ listeners are now getting the vaccine.

When he got sick, the radio host changed his mind, according to his brother, who said Valentine will use his show as a pro-vaccine platform when he gets back on air. [Valentine died.]

On Tuesday, Arkansas Gov. Asa Hutchinson (R) said he regretted signing a bill into law in April that banned local officials from imposing mask mandates. He has called for a special legislative session to reevaluate the ban as coronavirus infections surge across the state once more.

Over and over, the same refrain from people sick with covid: I wish I’d gotten the vaccine

A doctor in Alabama, which has one of the lowest vaccination rates in the country, last month wrote a detailed Facebook post about how a lot of “young healthy people” were being admitted to the hospital “with very serious” covid infections.

“One of the last things they do before they’re intubated is beg me for the vaccine,” Brytney Cobia wrote. “I hold their hand and tell them that I’m sorry, but it’s too late.”

MichaelIt’s a good article and, while I’m a fan of limited government, my personal responsibility was to protect myself, my family, friends, and the public by exercising proper hygiene and getting the vaccine.Sloan BashinskyAgreed. Yet, it was the government funding that led to the Johnson & Johnson and Moderna vaccines, I think, but not the Pfizer vaccines. What kind of creek without a paddle or a canoe do you think America would be up without the vaccines? Covid-19 is a war, plain and simple. The national government declares wars on lots of things, this was a war that needed to be fought, and I bet Scott Apley got to see that crystal clear after he died.