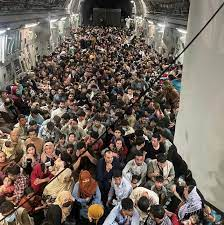 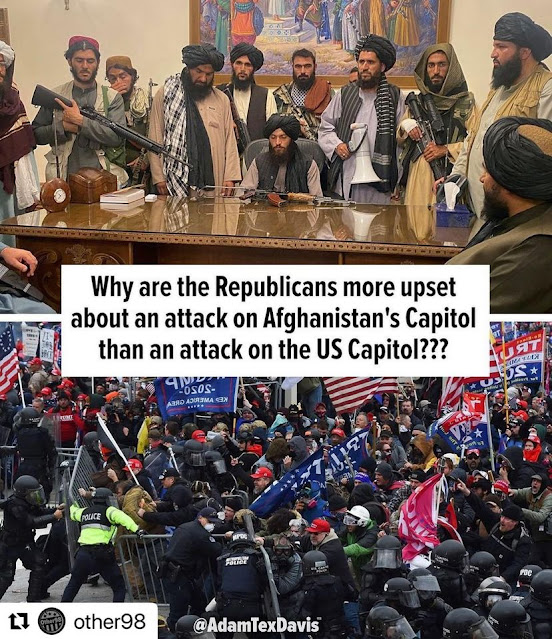 A Key West amigo replied to yesterday's Why is anyone surprised about the Taliban taking Afghanistan?

Sloan, I'd like you and your readers' take on the following.
I've heard a lot on MSNBC about how it was impossible to get out of A without a disaster, and they say, especially O'Donnell, that "there is not a single example of us or any army ending a war without it looking like VietNam, Iraq, and A."
This seems to be nonsense.  The current debacle could have been completely and humanely avoided if we made our departure dependent not on an arbitrary date, but as soon as we had evacuated all U.S citizens and the 70,000+ Afghanis who had fought with us or otherwise had put themselves on the line (such as the female school principals).
As for prior examples, let's start with the Revolutionary War, the Civil War, Panama, Grenada,, WW2 in both Germany and Japan, and, oh yeah, the Russians themselves in A (see below excerpt from Wikipedia):

Operation Magistral was one of the final offensive operations undertaken by the Soviets, a successful sweep operation that cleared the road between Gardez and Khost. This operation did not have any lasting effect on the outcome of the conflict nor the soiled political and military status of the Soviets in the eyes of the West, but was a symbolic gesture that marked the end of their widely condemned presence in the country with a victory.[222]

The first half of the Soviet contingent was withdrawn from 15 May to 16 August 1988, and the second from 15 November to 15 February 1989. In order to ensure a safe passage the Soviets had negotiated ceasefires with local Mujahideen commanders, so the withdrawal was generally executed [with a single exception] peacefully.

Looks like the Russians were heap smarter than the Americans about leaving Afghanistan, after they got beat by American-supplied weapons, particularly helicopter and mig-seeking shoulder rockets given to the Afghans and their Saudi buddy Osama bin Laden, who fought the Russians with them.
Looks like the Russians and the Americans were equally stupid in trying to capture Afghanistan. Likewise, the British before them. Why not just jump into a pit of komodo dragons with a bowie knife instead?
Osama was an American ally until Saudi Arabia cooperated with the first President Bush's coalition to liberate Kuwait from the Iraq invasion, which came about after the lady American Ambassador gave Saddam Hussein the nod that America would not object.
CNN's Chris Cuomo is beating President Biden up right this very minute for what now is happening in Afghanistan.
Wonder how the delta variant is prospering in all those massive refugee crowds?

sloanbashinsky@yahoo.com
Posted by Sloan at 9:16 AM