What exactly is America one nation under? 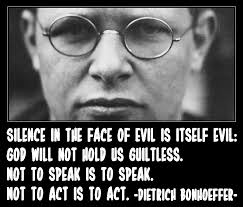 Sancho Panza graced me yesterday with:

I think Tucker Carlson is the only "news" anchor that's halfway decent and objective... he's not a Republican perse, more of a conservative and a populist... I think he likes the basic Platform of the Reform Party, as do I... here is his analysis of the Russian-Trump melodrama that we've all been beaten over the head with by the MSM for over three years... a lot of transcripts of closed door hearings(under oath) are coming out that bring a different perspective on what was happening and why!

Tucker: Adam Schiff should resign
Me: Okay, just finished watching Tucker's indictment and presentation of evidence and conviction, it turned out, of the Republican Party. as well as federral law enforcement and the Democrat honchos, because the Republicans controlled the Senate and the House during the first two years of the Russia-collusion investigation. Good for Tucker not giving the Republicans a pass. Good for him. Alas, as I watched Tucker do the aforesaid, it came to me over and over that Trump himself invited Russia to help him get elected and everyone believed Trump had committed treason, because he said he had, and there was no collusion but straight up in plain view treason. Tucker went nowhere near that.
Sancho: You're too funny... so if Trump had asked the Devil or God for help in getting those 30,000 Hillary emails in one of his rallies, by your logic, that in itself is treason? Then by the same logic, wishing somebody to drop dead is the same as committing murder, if that person happens to drop dead from a heart attack? So wishing, in your system of law, is the same as doing? Hillary Clinton actually did pay a retired foreign agent(British), Christopher Steele, to put together a fake Trump dossier(alleging Russian hookers gave Trump a golden shower)   which Obama's FBI used to obtain an illegal warrant to spy on the Trump campaign... isn't that treason by commission, as opposes to treason by wishful thinking?

Me: I think Trump spin virus is wearing itself off on you. Very different, as you point out in the Hillarygate intrigue, asking a corporeal foreign power, as opposed to Mickey Mouse, God or the Devil, to help you, although i wonder if Trump ever did ask God to help him? Difference between Hillarygate and Trump soliciting Russia's help is Hillarygate actually was covert collusion, whereas Trump sucking up to Putin was plain view request for Russia to interfere with  2016 election.
Sancho: One thing I've learned about Trump is that he loves to Troll the MSM! Just think about it... why would he, as you said, "suck up to Putin" during his rallies, if not to Troll the MSM and all the Dem war chicken hawks and all the Neocons? The next big Troll by Trump is going to be pardoning the WikiLeak guy, Julian Assange who was the one that published all the covert operations of the Deep State and the DNC!
Me: Gosh, do you wonder if Trump paid Assange to blow the whistle on Hillary? I ask, because a crusty Irishman I met in Key West, one of the vicious van dweller criminals, suggested today that Trump paid the Norwegian Parliament guy to make the Nobel nomination.
Do you wonder what exactly kind of vice Putin has cranked tight on Trump's balls?
If you swallow hook, line and sinker what the Republicans now are spewing about Russian collusion  you have mutated into herd thinking.
Sancho: I don't swallow anything, my friend, I have been part of  the Dem herd, so I know where you are getting your INFORMATION... so don't get too high and mighty... and the hook your swallowed didn't come from your dreams but from the Huffington and Washington Posts, Yahoo News, Facebook News, NYT, CNN, MSNBC... in other words, the MSM. the propaganda arm of the Left!
Trump will never win the Novel Peace Prize, only left wingers can win that and BTW, this is not the first time the same Conservative Norwegian parliamentarian nominated Trump! I think you are you just playing devil's advocate here, so I bid you good night!
Me: For me, 'tis like seeing a sea of white faces at Trump's acceptance speech, which FOX also broadcast, and I see WHITE SUPREMACY. I see Trump himself say he asked Russia to help him get elected, I see TREASON, and I see Russia complied, but there was no collusion,  t'was an in plain view PACT.

In a separate discussion yesterday ...

Sancho: I don't see a civil war in this country at all, people are too pampered and effete... after the elections and when everybody gets back to their normal routine, this will all be forgotten... young people's attention span these days are not designed for sustained effort, once bars, restaurants, schools amd sports are back, people will go about their business!

Me: Scenario: Trump loses in November, declines to step down. How does that factor into your cheery prophesy?

Sancho: Too much money would be lost in that scenario, you're truly a fool if you think the real owners of this country would let that happen!

Me: Ah, but didn't you vote for Trump because the real owners don't own him and you hoped he would bust everything up? Don't you think Vladimir Putin very much wants Trump to remain in the White House? As opposed to those radical leftist marxist Democrats?

Sancho: Are you partaking of something? I know you don't drink or smoke, so it must be the zinc causing a copper deficiency!

Me: Yeah, angels, and increasing intolerance to B.S.

Sancho: Poor Sloan, can't drink a beer with his buddies and can't tolerate B.S. anymore, you're in deep doodle... 'cause if you were honest with yourself, you would admit that this life is mostly different flavors of mierda de toro!

Me: There indeed is a great deal of B.S. in life and I managed to find and wallow in many of its parlors in myself and outside of me, but I never voted for a candidate I knew was working for the Devil. I was reminded in my sleep the other night that Evil prevails when good men do nothing. Facebook, the news media, elected officials, churches, political parties, social groups, families, governments, education systems, businesses, etc. are infiltrated with Evil, because the people in them are infiltrated, some more or less than others. The course in mirrors deals with that in those few lucky enough to be given it. If the course in mirrors was given to everyone, humanity would be totally different. Meanwhile, the herds keep thinking they are on top of things and the Devil likes that just fine.

sloanbashinsky@yahoo.com
Posted by Sloan at 8:46 AM