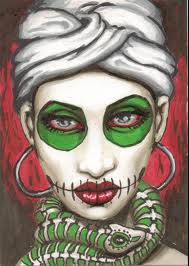 I took a day off yesterday, due to driving back to Alabama from visiting a daughter and her hubby in Mississippi, and due not feeling up to fielding something earthshaking from Sancho Panza, and due to feeling increasingly awful in my internal sewer, which historically means something huge and nasty is moving into me.

Here's what Sancho sent yesterday morning, I leave for you to open the link and read the article and reader comments:

Did Dr. Z get brought up on charges of malpractice to the Medical Board of NY for advocating his Covid-19 protocol?
Haven't followed him, do not know if he's still practicing medicine! Seems to me he probably got his ass chewed  so badly he didn't want to join the Group of Doctors that showed up in Washington, like Dr. Emmanuel!  NY is not Texas, they come down pretty hard on anybody who's perceived as a Trump helper... and you do  know all that about something called the NY Stock Exchange... Vaccine?

I've heard nothing about NY Med Board going after Dr. Zelenko, and if that has not happened, that speaks VOLUMES.
Terry's demon stronghold comment under the Dr. Stella Immanuel article is priceless and dead on the MONEY. I can't remember seeing anyone (but me) speak of demonic forces beneath the medical and other deep states. But that's how it is, and that kinda makes everything a bit more complicated.

Me:
I just searched online, see nothing re NY Med Board investigating Dr. Zelenko. Maybe they didn't want to give his cure even more exposure?

Or... or maybe Goombah Mario Cuomo Jr., Il Padrino, "made him an offer he couldn't refuse" ?

I dreamt about this much of last night.
First, you are who put me onto Dr. Zelenko, and you then sent me a great deal of related articles/reports, which were an ongoing tapestry being woven, or if you wish, or don't wish, orchestrated from another dimension. You don't have such experiences or frame of reference, which leaves you groping for a "human" explanation in this and other "circuses".
In this particular moment, you have wandered, perhaps just to be inane on purpose, into a conspiracy theory, Godfather Cuomo, which simply makes no sense. Cuomo did indeed try to stop the use of hydroxychlowoquine, and the White House got that walked back, for a while, because of Dr. Zelenko's March 23, 2020 letter, which Hannity read on his show to the doubting Thomas Mike Pence and then Hannity interviewed Zelenko. Then, the Democrat/medial/deep medical state witch hunts against Zelenko, hydroxychloroquine and Trump began, led by Dr. Fauci, CDC, WHO, the Democrats and liberal media, and then joined by Trump's hand-picked FDA director, what's his name.
Then, along come the Front Line Doctors in front of the White House, most prominent among them the African Christian Voodoo Priestess Dr. Stella Emmanuel, who became such a greater grotesque target in the media and on Facebook and Twitter, that any mention of Zelenko and Immauel and hydroxychloroquine was censored by the liberal news media, Facebook, Twitter and Google. To my eye, that was the work of the Devil, or, if you wish, the dark side of the Force.
Now, lo and behold, the Texas Medical Board folded its investigation (prosecution) of Dr. Immanuel, which means they don't have anything on her, which means they now are wishing they had not prosecuted her, because they ended up giving her a lot more medical credibility than the NY Medical Board gave Dr. Zelenko when they cleverly did not prosecute him. The NY Medical Board smarter, perhaps, than the Texas Medical Board, which perhaps was lured to prosecute Dr. Immanuel because of her religious views, which they, as "scientists", could not possibly in their wildest imaginings think were realistic.
Demon alien sperm, for example. In fact, there is that phenomenon in another dimension, and you don't have to go past parts of Genesis where angels mated with human women in the Bible to find it. That is the core premise of the Book of Enoch, a collection of fragments of "dead sea scroll-like parchments".  But that's a diversion from the very real conspiracy you kept exposing, which attacks Dr. Zelenko's cure, adopted by Dr. Immanuel and other of the Front Line Doctors, which nips Covid-19 in the bud before it progresses to the hospital (M*A*S*H) stage of infection.
Lucifer's demons assigned to Earth are behind the entire witch hunt against Dr. Zelenko's cure and hydroxychloroquine and zinc. Lucifer's demons are why there is no mention of zinc in the article you sent re the Texas Medical board folding its case against Dr. Emmanuel. Lucifer's demons are why Dr. Immanuel and the Front Line Doctors never gave Dr. Zelenko credit when they described the cure they were using. Lucifer's demons are why President Trump did not double down and make Dr Zelenko's cure available in April, and are why President Trump still does not do that. That's a far more grave "Godfather" demon sperm operation than Dr. Immanuel perhaps can even imagine? What remains to be seen is how might the Texas Medical Board folding its hand play out in America and perhaps in the whole wide world? Will Dr. Immanuel and the Front Line Doctors, and other doctors who use Dr. Zelenko's cure, take the leap Dr. Zelenko took and say quercetin can be used instead of hydroxhchloquine, and that leads to a Jedi-like civilian insurgency that bypasses Fauci, CDC, WHO, FDA, the Democrats, liberal news media, deep medical state, Lucifer's demons, and allows progressively larger segments of the various human herds to return to "normal", which ain't exactly what I would hope normal to be, but perhaps I will not be hemmed up in my apartment so much.

Wow... you're right, thankfully, I am not haunted in my dreams by such disturbing possibilities, explanations! I was being factitious about Cuomo's mafia arm twisting of Dr. Zelenko to make him go Mum and stay away from the limelight... you're the one that brought him up and how NY State Med Board did not directly take legal action against him... the truth is that they probably didn't have anything to hit him with because at the time that he was administering his Covid-19 protocol(HCQ + Zinc + Zithromax), this was perfectly legal and was being used by many doctors to treat Covid-19 as outpatients... the shit hit the fan after the bogus Lancet report and the subsequent warning by the FDA to restrict the use of HQC as an off-label medication and when NY State issued an order where HQC could only be used for Covid-19 in a hospital setting... but as you and I know, by the time a patient is so sick he needs to be in a hospital, Dr. Z protocol is much less effective. I do believe that Democrat politicians are playing a chess game with this economy and the Corona deaths, etc. are like sacrificial pawns to trap Trump so they can checkmate him in November! I think he's trying like hell to come up with a vaccine before that... which means they got him either way, Big Pharma, the Deep State or the Devil, has made him a deal he can't refuse!

Zinc is not an issue of controversy... it's in food and in over the counter supplements, so the FDA can't ban it! All "News" outlets love controversy and strife to get your attention... Dr. Emmanuel and even Trump have mentioned the fact that HQC and Zinc go together, but people only care about HCQ because they can't get it w/o a prescription and a lot of MD's don't want to get involved, specially since the Pharmacies are being instructed to double check with the Doctor and in some States, they will not even fill the order.

Me:
I dragged in zinc's absence in the article and Dr. Emmanuel's remarks, because I am running into many people who don't know zinc is the key ingredient and why that is, hqc (or quercetin) drive zinc into body cells where zinc defeats C-19 replication, and they simply focus on the plethora of stuff online about hydroxychloroquine all by its lonesome. I am convinced the Democrat herd, by rejecting Zelenko's cure, has become as big a threat to America as the other herd they so despise. OINK!!! 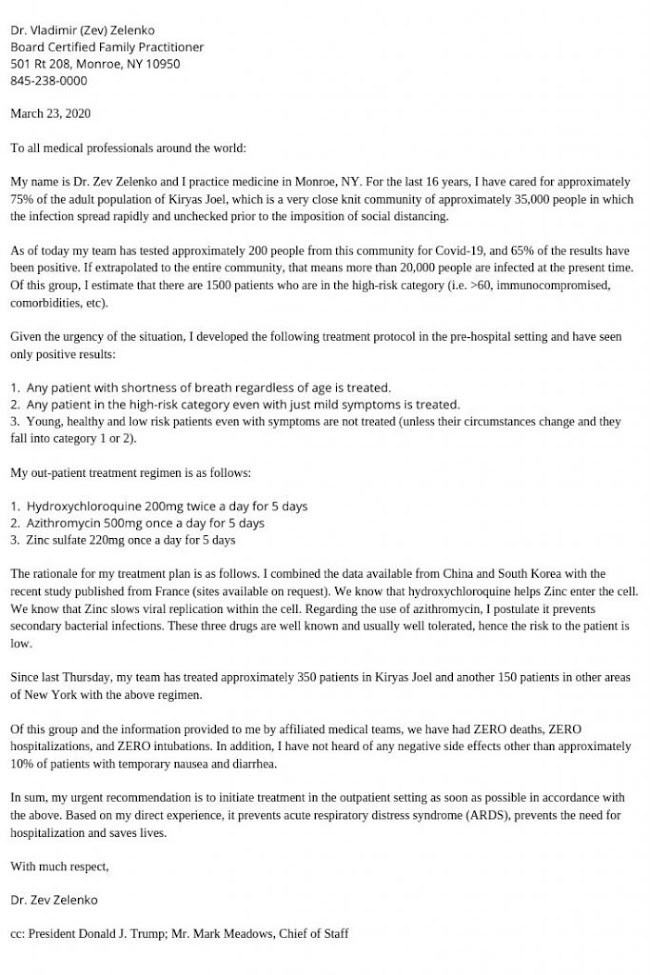 sloanbashinsky@yahoo.com
Posted by Sloan at 5:43 PM