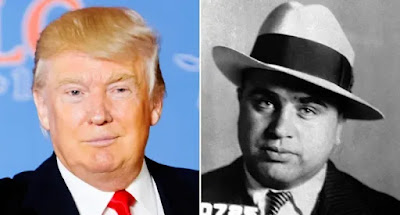 My van-dweller gypsy friend featured in yesterday's One Christian Nation, under Trump post sent a link below to a New York Times article, with his thoughts on it:

https://www.nytimes.com/interactive/2020/09/27/us/donald-trump-taxes.html?fbclid=IwAR3Q1u-rbhS9SuvJYZwknavqiuLXDHV8X6mr4XIRspG2dizMUvrWAW0lu_M
Victor
Al Capone Syndrome
Will it make a difference only if Biden has enough balls and wherewithal to shame him during the debate tomorrow night on National tv
He and his base will call it Fake news.

Me
Trump Capone, indeed, and, yes, he and his base will spin it, and they will love him for it and wish they had done the same.
Victor
Sleepy Joe better have his Game face on Tomorrow night......oh the Shame on National TV
Sloan
The timing is exquisite, while I'm interested in seeing Biden's delivery tomorrow night, I might be more interested in seeing how Trump handles the NT Times article - surely Biden will at least bring it up and recap it and then let Trump rant and wallow in it.
Won't surprise me if Trump is trying to figure out a way to cancel the debate. He's darn tricky, no telling how he will try to work it to his advantage.
Victor
William Randolph Hearst would be proud ....Give the dirt to the newspapers
Where all the Subpoenas and courts failed ....the court of Public opinion will decide

Sloan
What I don't get is why Mueller was even given that thankless task, when everyone knew Trump had asked Russia to help him get elected, and the next day Russia got to work on it. That seemed not to matter one iota to a single hand over heart pledging of allegiance flag waving American who voted for Trump. So, why would his dodging taxes matter to them?
Victor
Exactly, everybody hates the Government/Tax Collector.......ask Robin Hood ....and the Sheriff of Nottingham
Sloan
Well, may be enough poor working stiffs and people barely getting by on their retirement benefits will be galvanized to vote for Biden, or at least not vote for Trump.