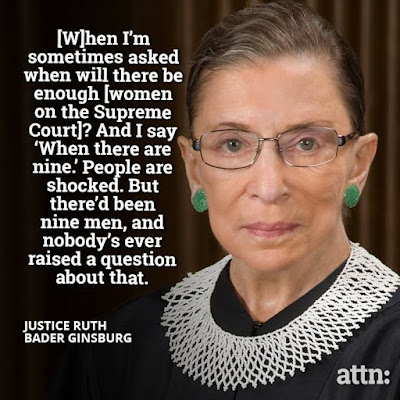 As President Trump, whose life suggests he has zero relationship with Jesus Christ, rushes to put yet another Christian-right Pharisee on the United States Supreme Court, will U.S. Senate majority leader Mitch McConnel honor his own words in 2016, “The American people should have a voice in the selection of their next Supreme Court justice,” or will McConnel be the kind of hypocrite Pharisee that Jesus decried in the Gospels?

One if my favorite movies is "Minority Report". In a future society, three cloistered female mediums are relied on by law enforcement to predict which people will commit serious crimes and those people are apprehended before they commit the crimes. The tension in the film hinges on two of the mediums predicting a person is going to commit a dangerous crime, while the third medium dissents, By the end of the film, the dissenter prevails and the other two mediums come away looking bad.

For decades, Ruth Bader Ginsberg was the minority report on the United States Supreme Court. She spoke for the soul of America. 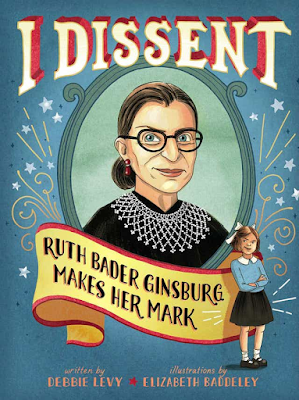 Justice Ruth Bader Ginsburg calls Trump a 'faker,' he says she should resign

Supreme Court Justice Ruth Bader Ginsburg's well-known candor was on display in her chambers late Monday, when she declined to retreat from her earlier criticism of Donald Trump and even elaborated on it.

"He is a faker," she said of the presumptive Republican presidential nominee, going point by point, as if presenting a legal brief. "He has no consistency about him. He says whatever comes into his head at the moment. He really has an ego. ... How has he gotten away with not turning over his tax returns? The press seems to be very gentle with him on that."

Link to a October 1, 2016 New York Times Opinion written by Justice Ginsburg, which looks to me like her own remarkably beautiful eulogy. No mention of Donald Trump.
https://www.nytimes.com/2016/10/02/opinion/sunday/ruth-bader-ginsburgs-advice-for-living.html?campaign_id=9&emc=edit_nn_20200920&instance_id=22358&nl=the-morning®i_id=127155122§ion_index=1§ion_name=big_story&segment_id=38568&te=1&user_id=ee6fc2e0eaf03aa5ef9c3780a161d729
I read online today that Justice Ginsberg's dying wish was that her replacement not be selected until after a new president is elected. But the new president will be installed in January, and if Trump loses, he's still the president until then, and he can nominate Ginsburg's replacement.
My experience is that God tends to put everyone up against their own personal edge, and perhaps Justice Bader dying now is God's way of testing President Trump, Mitch McConnell, Nancy Pelosi, the Republicans, the Democrats, and all other Americans, including this American who once practiced law and was nowhere close to the level of lawyer that Ruth Bader Ginsburg was.
sloanbashinsky@yahoo.com
Posted by Sloan at 9:24 AM