How many Republicans still have souls? 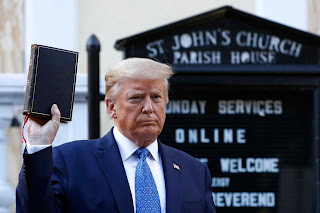 A good friend, Republican, U.S. Army Special Forces combat veteran, told me the January 6 Capitol rioters all should have been shot dead. This Independent thought the instigators of the riot, starting at the top with Donald Trump, also should be shot dead, for attempting a coup - Treason.

Frank Figliuzzi, the former assistant director for counterintelligence at the FBI, tweeted that of 32,315 pro-Rittenhouse hashtag tweets from November 19–20, 29,609 had disabled geolocation. Of them, 17,701 were listed as “foreign,” and most of those were in Russia, China, and the EU.

Plenty of Americans are along for the authoritarian ride, too. A story by David A. Fahrenthold, Josh Dawsey, Isaac Stanley-Becker, and Shayna Jacobs in the Washington Post today reveals that the Republican National Committee (RNC) is using party funds to pay some of former president Donald Trump’s legal bills. Allies of RNC chair Ronna McDaniel note that since Trump is the biggest draw the party has for fundraising, it is important to cultivate his goodwill.

This dumps the RNC into the January 6 insurrection mess by aligning the party’s central organization with Trump.

That mess is deepening. Today the House Select Committee to Investigate the January 6th Attack on the U.S. Capitol issued five new subpoenas to people involved in planning the rallies in Washington, D.C., on January 6 and the subsequent march to the Capitol.

The subpoenas went to Dustin Stockton and Jennifer Lawrence, who organized the “Women for America First” rally, and Trump spokesperson Taylor Budowich, who called for a social media blitz. Another subpoena went to Roger Stone, who pushed the rally and raised money for it, and who hired members of the right-wing Oath Keepers, several of whom were at the riot, as personal bodyguards. Right-wing newscaster Alex Jones got one, too; he helped to organize the rallies, spoke at the one held January 5, and claimed to have provided 80% of the funding for the January 6 rally.

Committee chair Bennie Thompson (D-MS) said: “We need to know who organized, planned, paid for, and received funds related to those events, as well as what communications organizers had with officials in the White House and Congress.”

Two days ago, Representative Zoe Lofgren (D-CA), who sits on the committee, told CNN that many of the people they’ve interviewed so far—more than 200—have been Trump officials who testified voluntarily and wanted to be subpoenaed for “cover.”

In Washington, D.C., today, at a hearing for one of those charged in the riot at the Capitol that day, U.S. District Court Judge Carl Nichols, a Trump appointee, sought to define what it means to interfere with an official federal government proceeding. About a third of those charged in the attack on the Capitol have been charged with this crime, which carries a penalty of up to 20 years in prison. Nichols asked a prosecutor today whether calling “Vice President Pence to seek to have him adjudge the certification in a particular way” would be obstruction.

Trump’s influence took some hits today. Sean Parnell, the Trump-backed candidate for Pennsylvania senator, suspended his campaign after losing a custody battle with his ex-wife. She accused him of physical and emotional abuse of her and their children.

Today, conservative columnist Max Boot called out Republican lawmakers for “fomenting violent extremism” and noted that “they have also become hostage to the extremists in their ranks” because they fear for their safety should they stand up to the Trump loyalists. Right-wing extremists have threatened the lives of the 13 Republicans who voted for the bipartisan infrastructure bill.

Two long-standing Fox News Channel contributors, Steve Hayes and Jonah Goldberg, quit the enterprise today over Tucker Carlson’s three-part series Patriot Purge. That series, they wrote, “is presented in the style of an exposé, a hard-hitting piece of investigative journalism. In reality, it is a collection of incoherent conspiracy-mongering, riddled with factual inaccuracies, half-truths, deceptive imagery, and damning omissions.”

They say they could no longer work at the Fox News Channel because “we sincerely believe that all people of good will and good judgment—regardless of their ideological or partisan commitments—can agree that a cavalier and even contemptuous attitude toward facts, truth-seeking, and truth-telling, lies at the heart of so much that plagues our country.”

And Kyle Rittenhouse, whom a jury acquitted Friday of all charges connected with the shooting deaths of Joseph Rosenbaum and Anthony Huber and the wounding of Gaige Grosskreutz, is fighting with the “Fightback Foundation” organized by “Stop the Steal” lawyer Lin Wood over the $2 million bail posted for Rittenhouse. Rittenhouse’s lawyers say the money was raised for their client and thus should be his; Wood contends that he raised the money (although apparently not all of it) and thus it should go to his organization.

A number of Republican governors are facing primary challengers backed by Trump, and according to the Wall Street Journal, former vice president Mike Pence told the Republican Governors’ Association this week that he would be supporting incumbent Republican governors rather than Trump-backed challengers. Trump spokesperson Budowich—now under subpoena—responded, “Just like in cycles previous, successful Republican candidates must earn the support of President Donald J. Trump.”