assassins of the status quo don't get many smiles from the right or the left or even the middle :-) 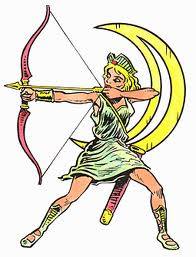 A good friend also is steadily messed with (and straightened out) by angels whose names appear in the Bible, even though neither of us attend church in the wood, brick and mortar sense.

I told my friend this morning that perhaps I simply should go out in a pasture and eat grass for the rest of my life. My friend said he did not think I would care much for that. I agreed, said I can't help it, I'm an assassin, of the status quo. The angels did this to me.

I related something that happened yesterday and this morning.

A very old dear Republican responded to yesterday's I don't know what is more dangerous, violent protesters following Trump's instructions, or Mary Poppins zombies who pretend Trump had nothing to do with it post at this blog, the text of which I put onto my Facebook timeline.

Once upon a time there lived a woman named Alya. She was the medicine woman in her tribe, using herbs and poultices and spirit ways to help her people. Yet she had one flaw: she hated lions, because a lion had killed her father. Her hatred caused her to cast spells against lions, which caused her husband great concern. He often told Alya that her war with lions was going to get her into big trouble, but she was a medicine woman, she knew the ways of the spirits, and she did not listen to her husband.

One day while Alya was out gathering herbs, she spotted a lion sunning himself in tall grasses on the savannah. She hatched a scheme in her mind to sneak up on the lion and cast a spell on him, which would enable her to steal his spirit and have it for herself. As she crept closer to the lion, she began chanting softly and seeing in her mind’s eye her spell taking over the lion. However, she was so focused on what she was doing, that she did not see in her mind’s eye the lion’s mate returning from hunting. Nor did she see the lioness catch her sent, drop her kill from her mouth to the ground and circle around behind. Too late, Alya realized her peril, just as the lioness took her from behind.

Next thing Alya knows, she is in the spirit world, standing before the Lion Spirit. Trembling with terror, Alya wants to run away, but the Lion Spirit speaks to her heart, says, “There is something you do not yet know.”

Then, Alya is back on the savannah, watching a hunter from her tribe sneaking up on a nest of lion cubs, whose parents are away hunting. The hunter has a twisted spirit, and decides to kill the lion cubs just for the fun of doing it, even though killing any animal just for sport is taboo in his tribe, which worships the Lion Spirit. On returning to his village, the hunter tells no one what he has done.

When the lion and lioness return to their nest and find their dead cubs, they are enraged. They catch the hunter’s scent and track him back to the edge of the village, where the lion hides in a thicket and begins roaring and bellowing out his rage over what has happened. The hunter knows why the lion is there, doing that, but still he tells no one.

Alya’s father, the tribe’s leader, prepares to go out and face and kill the lion, because it his duty to protect his tribe from marauding lions. And so he sets out to face the lion, even as the hunter lets him go without saying what has happened to bring this about, and that a lioness is also out there with the lion.

Alya’s father quickly finds and confronts the lion, and is preparing to kill it with his spear, when he is taken from behind by the lioness. In her horror, Alya helplessly watches on, even as she now realizes that her hatred of lions was completely misplaced. She feels awful.

Then suddenly she is back on the savannah, stalking the lion whose spirit she once wanted to steal for herself. The lion looks up, stares into Alya’s eyes. She shakes all over, is terrified, but does not look away. Then something takes hold of her, she says to the lion, “I have lost my father and you have lost your cubs. I will be your cub.” The lion looks deep into Alya’s spirit, nods, says, “And I will be your father, and will always protect your front.” Then beside the lion is the lioness, who says to Alya, “And I will always protect your back.”