Two paths: having a spiritual teacher or being captured by God 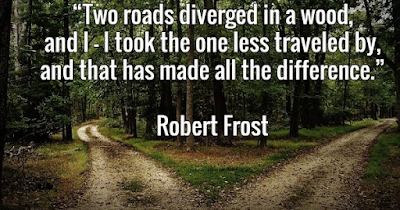 Two paths: having a spiritual teacher or being captured by God

After I figured out that practicing law was not working, nor was anything else, I moved to Santa Fe, New Mexico in early 1986. Hoping. Things. Would. Get. Better. What happened, however, was it got a whole lot different and better took on an entirely new meaning, after I prayed to God to help me, I didn't want to die, failed. Almost as an afterthought, I offered my life to human service.

About ten days later, what I much later came understand were Jesus and Archangel Michael woke me up in the wee hours and said I would be pushed to my limits, but I had asked for it and they were going to give it to me. I then was jolted three times by spiritual lighting and Jesus and Michael dissolved.

Seemingly arranged events then led to me moving to Boulder, Colorado, from which I sometimes drove down to Santa Fe for a visit.

I vividly recall one such trip to see a couple I had met during an earlier trip to Jimez, situated on a back road from Albuquerque to Los Alamos. The woman in that couple was a massage therapist, New Age energy healer. The man was into Zen and chop wood, carry water. They were to drive from Jimez to Santa Fe, to have dinner with me and my then wife.

For something to do that afternoon, I went to St. Francis’ Cathedral on the town square. I read an inscription out front, that Francis was the patron saint of New Mexico. How could I have lived in Santa Fe for most of two years and not known that? I entered the church, sat in a pew in the beautiful nave, and was taken over by something enormous. My heart cracked open. I wept and heaved openly. It went on quite a while.

Leaving the cathedral, I read St. Francis’ prayer again, displayed in a marquis outside the church.

Lord make me an instrument of your peace

Where there is hatred let me sow love

Where there is injury, pardon

Where there is doubt, faith

Where there is despair, hope

Where there is darkness, light

And where there is sadness, joy

to be understood as to understand

To be loved as to love

For it is in giving that we receive

it is in pardoning that we are pardoned

And it's in dying that we are born to eternal life

Over dinner that night, I told my Jimez friends a little about what had happened in the Cathedral. They said a Sufi teacher was in Santa Fe, and they were going to see him the next morning. Would I like to join them?

Sure. After breakfast the next morning, I went back into St. Francis’ cathedral. Whatever was there the day before, was still there. More weeping and heaving.

I left the church and walked toward the rendezvous point where my friends would pick me. I realized angels were around me. I heard in my mind, “Stay on your toes, something interesting is going to happen, and don’t mess it up like you did another time.” I remembered a time I had messed up something important that came to me from the spirit world.

My friends arrived. I got into the backseat and off we went to a Santa Fe suburb where the Sufi was staying in the home of one of his American students.

After parking the car out front, we went to the front door and knocked. A white American woman opened the door into a mostly bare living room, with sitting cushions along the walls. She told us to have a seat, and asked for our first names, which we provided. She walked toward the back of the home.

My friends seemed somewhat startled. I shrugged, got up and followed the woman into a room where sat on a cushion a white-bearded man much older than my nearly 50 years. The woman introduced me to the Sufi and him to me, in English and the foreign language. Then, she translated what he said to me and I said back to him, as follows.

He asked why I had come to see him?

I said I wasn’t sure, a married couple, who were friends of mine and were his students, had invited me.

He asked what I knew about Sufism?

While I knew a good bit about Sufism for a white guy from Alabama, my mind went blank.

He said Sufism is the way of the heart.

I said I actually knew that but had been unable to speak.

I was ever thinking about the alert that something interesting was going to happen.

He said I had come so he could teach me about Sufism and God.

I said I knew quite a few people who had lit up when they met their spiritual teacher. They wept, had goosebumps.

I related what had happened to me the day before, and again that morning, in St. Francis’ cathedral.

The Sufi said God opened my heart in the cathedral and sent me to him, the Sufi, to be taught the way of the heart and about God. I said I was not sure about that. What about St. Francis?

The Sufi said he did not know who was Francis’ spiritual teacher.

I said, Francis had no spiritual teacher. God came directly to him.

In that moment, a presence appeared in our midst. Tears filled my eyes, goosebumps covered my arms, back and neck.

Seeing the Sufi was aware of the presence. I looked at him, showed him my arms, said, “You see?”

I thanked the Sufi.

He said I should thank God, not him.

I said, Yes, that was correct. I thanked God, told the Sufi I had gotten what I had come for, and he had people waiting, who needed to see him.

I rose to leave, said, “God be with you.” The Sufi said the same to me.

I went into the kitchen, where I found my friends. I was trembling. The woman put her hands on me, energy work, trying to calm me down. I told her, please don’t, she would mess it up. I said I needed to leave, could they take me back into town? They said, OK.

Over lunch, for which I paid, I told the couple what had happened when I was with the Sufi. I expected them to get it. They didn’t get it. They said they were worried about me. I wondered how that was possible?

I had a number of later interactions with the couple. Then, they broke up. He eventually ended up in Boulder. I took him to Boulder Creek one day, and taught him a soul alchemy ritual the angels had given to me not long before.

Basically, the ritual consisted of him closing his eyes and asking God, or whatever, to be shown what he needed to see right then. To wait, until something showed up.

He waited a good while longer than most people had waited, whom I had taught the ritual.

Then, something showed up. He was elated. He had never had anything like that happen.

I told him to stick with it and to ask if there was anything else he needed to be shown?

Something came, which seemed to be a symbolic catalyst, or spirit medicine, for what he first was shown.

He remained elated, and yet seemed mystified.

I said he had opened a door, and he could use that ritual anytime he wished, or not, but things were going to change for him.

He left Boulder not long after that. I don’t know how it then went for him or for his former lady. I don’t remember if I taught her the soul alchemy ritual. Perhaps I did. I taught it to quite a few people in Boulder.

It looks to me that Francis was fast-tracked through death and rebirth, and then God put him to work that greatly impacted the Roman Catholic Church and that part of Christendom.

I was not fast-tracked. Or, if I was, I fell off the tracks a bunch of times and had to be picked up and put back on them, still in progress.