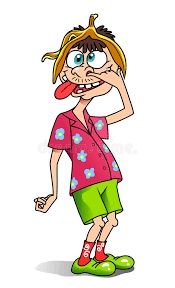 After publishing The Republican Party should change its national and spiritual creed to: In guns we trust yesterday, I saw in my iPhone an article in which Kyle Rittenhouse's lawyer ripped Donald Trump, Donald Trump, Jr. and prominent Republicans to shreds for trying to capitalize on the acquittal of his young client.

A defense attorney for Kyle Rittenhouse has criticised Republican lawmakers looking to “profit” from his client’s “celebrity” after he was acquitted in a closely watched double homicide trial.“There’s a lot of people trying to profit on this, and I don’t think people should,” Mark Richards told Insider after a jury found Mr Rittenhouse not guilty of killing two men and injuring another in the aftermath of police brutality protests in Kenosha, Wisconsin last year.At least three Republican members of Congress have suggested they want Mr Rittenhouse as an intern. North Carolina congressman Madison Cawthorn – who also told his followers to “be armed, be dangerous, and be moral” – offered the teenager an internship via Instagram story.Arizona congressman Paul Gosar said on Twitter that he would arm-wrestle Florida congressman Matt Gaetz for “dibs” on Mr Rittenhouse as his intern. Mr Gaetz told conservative cable network Newsmax that his office “may reach out to him and see if he’d be interested in helping the country in additional ways”.“They’re raising money on it and you have all these Republican congressmen saying, ‘Come work for me.’ ... They want to trade on his celebrity and I think it’s disgusting,” Mr Richards told Insider.The case, and its outcome, have exposed deep partisan divides on issues related to the Second Amendment and whether it was appropriate for a teenager to arm himself against a racial justice upheaval.Prominent right-wing figures and news personalities have come to his defense, while civil rights groups and Democratic officials have argued that the case underscores failures in the criminal justice system.Former president Donald Trump celebrated his acquittal, and his son Donald Trump Jr tweeted, and then deleted, an offer from a gun rights organisation to send Mr Rittenhouse an AR-15-style rifle, along with a card in “support of Kyle”.Mr Richards called Mr Trump Jr “an idiot”.“He’s an idiot. I don’t have to expand on that because it speaks for itself,” he told Insider.Mr Rittenhouse’s attorneys successfully argued to jurors that their client fired his AR-15-style rifle to protect himself in self-defense against a violent mob that chased after him on 25 August, 2020.During an appearance on CNN on Friday, Mr Richards said he believes “too many people run around with guns in our society”.“I represent a lot of people who have legal conceal carry permits who get into it, they pull the gun and there’s problems from there, whether they’re under the influence of alcohol or they use it to threaten somebody,” he told CNN’s Chris Cuomo. “I wish our society wasn’t perceived as being so dangerous that people needed to arm themselves.”Mr Richards – who was initially hired by Mr Rittenhouse’s previous attorneys, including election fraud conspiracy theorist Lin Wood – told the Associated Press that he did not join the case as “somebody to go off on a crusade”.“They wanted to use Kyle for a cause and something that I think was inappropriate – and I don’t represent causes. I represent clients,” he said.

This once practicing attorney was amazed that there was a lawyer who was so candid.

I forwarded the Independent article to a friend, who had reported last week having a huge sense of dread, and after the acquittal had texted me:

I know where that sense of dread came from.../the one that permeated  everything. Leaving a sense of Everything being Not Alright. The Rittenhouse verdict is the beginning of  a red wave consuming America. I am passing this along from TPTB [The Powers that Be - Michael, Gabriel, Raphael, Melchizedek Khamael]

When I spoke with my friend this morning, he said he wondered if Rittenhouse's lawyer will ever get around to publicly saying his young client was an idiot to cross state lines and be at the protest carrying a loaded military knock-off rifle?

I said I thought that would not happen, it would be out of protocol for a lawyer to say such about his client. But, if I had represented Rittenhouse, I would have said just that. However, the fact is, Rittenhouse was there, he was armed with the rifle, and people did chase him and try to take the rifle away from him, and he shot them, and what in the fuck were those idiots thinking? They were fanatics.

My friend said he had wondered the same thing.

I told my friend about an INSIDER article I had seen last night:

Attorney Lin Wood said he'll sue Mark Richards, Kyle Rittenhouse's attorney, after he called him an "idiot" on CNN on Friday, Newsweek reported.
In an interview with CNN's Chris Cuomo, Richards said he and Wood "went head-to-head" and Wood would probably sue him. He said Wood was an "idiot" for letting Rittenhouse talk to The Washington Post while he was charged with homicide.
Richards said he was concerned that Wood and attorney John Pierce were "basically trying to I think whore this kid for money, for their own causes."
"They kept him in Illinois to fight an extradition that was unwinnable cause they were raising tons of money on him," Richards said.
Richards served as Rittenhouse's attorney when he was found not guilty on all five charges brought against him on Friday.
Newsweek reported that Wood sent Richards a letter on Saturday blaming Pierce for allowing Rittenhouse to talk to the Post. Wood said he was not the criminal attorney on the case and was only hired to handle defamation.
"You publicly stated in an interview on CNN that I was an idiot. False, I am not," Wood wrote in the letter.
Wood said Richards should be "ashamed of denigrating" him and his organization's legal effort to help Rittenhouse.
"Demand is hereby made that you immediately retract and correct your false accusations against me. If you do not do so, I will prove that you are right on one point you made on CNN — I will sue you," Wood wrote.
Richards told Insider he hasn't seen Wood's letter yet but said he stands by what he told Cuomo and it was his opinion.
"I don't care what his letter says. What I said was truthful," Richards told Insider.
Insider could not reach Wood at the time of publication.

The truth is not defamation. So, was Wood and idiot for letting Rittenhouse speak to the Washington Post? I can't say, because I don't know what the Post published of what Rittenhouse told the Post. Whatever it was, it did not get Rittenhouse convicted. So, that works against Woods being an idiot?

Where I attended law school, the burden is on Richardson to prove Wood was an idiot.

Well, I suppose a lawyer would view as defamation being called an idiot for how he handled a client charged with murder case.

Meanwhile, will Donald Trump, Jr. sue Richards for calling him an idiot?