What sort of grotesque madness made American politics so grotesque? 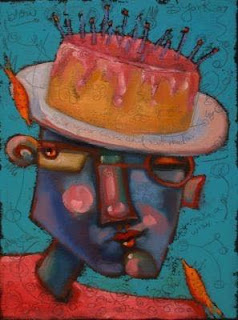 AuthorA Fool's Work Never EndsWhat sort of grotesque madness led to the discussion here about American politics? But then, what sort of grotesque madness made American politics so grotesque?"under God" was not in the Pledge of Allegiance when I learned it. "under God" was added to the Pledge to distinguish America from the Soviet Union. As if claiming to be "under God" makes it so. As if God doesn't decide who is under God, and who isn't.Who was under God in the parable? Not the men who came with their guns. Not Joseph, when he led the charge.If the eagle's battle angels in the parable were unleashed in America, there would be a whole lot of unhappy people on the left and on the right, and in the middle even.The Bible speaks of eagles:Isaiah 40:31 - But they that wait upon the LORD shall renew their strength; they shall mount up with wings as eagles; they shall run, and not be weary; and they shall walk, and not faint.Exodus 19:4 - Ye have seen what I did unto the Egyptians, and how I bare you on eagles' wings, and brought you unto myself.Deuteronomy 32:11 - As an eagle stirreth up her nest, fluttereth over her young, spreadeth abroad her wings, taketh them, beareth them on her wingsIf you read the Bible as a parable, or as an internal journey, that takes all the fun out of thumping the Bible, yes? That takes all the fun out of finger-pointing, yes? Did not Jesus in the Gospels say to first take the beam out of one's own eye, before pointing the finger elsewhere?It may be impossible to be clear-eyed about Donald Trump and Joe Biden, if you are a Republican(or MAGA) or a Democrat. Both parties are religions with their own creeds, catechisms, rituals and dogmas. All religions are cults in their common behavior. Yet, God is in everything. And, so is the Devil. And that's the struggle all human beings on this planet have, regardless of what they think or believe, or don't think or believe.

of men, wolves and eagles …Once upon a time there lived a man named Joseph, who grew tired of living with people and left his village and went into the woods to live.By and by, a wolf pack discovered Joseph and over time got to know him and that he was not like other men, and eventually they took him into their pack. The leader of the pack was a red wolf named David, and soon David and Joseph became fast friends, and they hunted and played and slept together like . . . wolves.Then one day, the men in the village where Joseph had lived learned from hunters that Joseph was living with wolves. The men decided it was not right for a man to go off and live in the woods and run with with wolves, so they got their guns and set off to find Joseph and bring him back to the village, to live like a man.The men came upon the wolf pack sleeping in the sun next to a bluff. The wind was blowing off the bluff, away from the wolf pack toward the men, which prevented the pack from scenting the men as they approached. By the time the wolf pack realized the men were there, the men had the pack surrounded, pinned against the bluff.David wanted to order the pack to attack, but Joseph said, “No, I am a man, they will listen to reason, let me go and speak with them.” Although David did not like this idea, he agreed to it because Joseph was a man. But the men would not listen to reason and they shot and killed the entire pack and took Joseph heartbroken back to the village.Joseph languished in the village for many weeks, blaming himself for the death of his pack.Then, Joseph has a dream, in which he sees David’s face. David is angry, but says nothing, just stares. Finally, Joseph blurts out that he did the best he knew how to do, and he’s so sorry for the way it turned out! David says, “Better that we attacked and died like wolves, than be slaughtered like sheep!”Then, Joseph is back with the pack, against the bluff, surrounded by the men. David says he wants the pack to attack. Joseph says, “And I will lead the charge!” Then, they hear a voice, the whole pack hears it, say, “There is another way, ask for another way.” Never before have Joseph, David or the pack had such a thing happen, but Joseph asks for another way.Suddenly, a great bolt of lightning strikes the ground between the pack and the men, stirring up a huge cloud of dust. As the the dust begins to settle, it begins to take the shape of something huge. The wolves and Joseph then see a pair of golden eyes peering from the bushes behind the men. Then a second pair of golden eyes. Then a third pair. Then ten pair. Then a hundred pair. Then a legion of . . . wolves’ eyes. The men are moved by some force to turn around and see what the now delirious pack already see.Then, the men turn back around and find themselves face to face with a great towering eagle, whose piercing golden eyes penetrate their hearts. Then, they hear, “These are my battle angels. You may leave this place and go back to your village, taking your guns with you, on condition that you tell everyone what has happened here today.”To this condition the men readily agree, and they return to their village and tell everyone what happened, and they go to nearby villages and tell it.