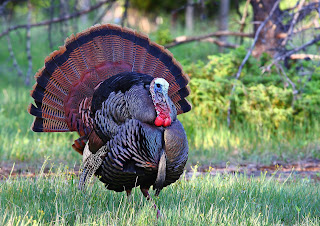 Yesterday's It is very easy for people to lose part or all of their soul to something else - consider Donald Trump, MAGAs and most Republicans brought several responses that we cannot lose our soul, to which I responded in various ways. Then came this response, which I thought was dead on:

The Lizard WizardI had bet my soul on a ping pong match with a friend. Yes, you can lose your soul.

I suppose if it is our soul, we can do whatever we please with it. When we leave this life, if not already, we find out how what we did with our soul went, or if there is any way to get our soul back, if we sold it to the Devil, like Dr. Faust did.

Quite a few times after someone made an absolute statement on a something important, I asked that person, "Do you bet your life and your soul on what you just said?" I recall one person looked like he had been electrocuted and he jumped up out of the chair in which he was sitting and ran away, leaving behind his briefcase, which he did not later return to fetch. A few times someone answered, Yes, and I said, "So be it, you will be reminded of that bet sooner or later." Some people held silent. Others said they did not bet their life and their soul on anything. Some said their life and their soul was not theirs to bet.

Exorcist priests, such as the Jesuit Father Malachi Martin was, well know when they undertake an exorcism, they are the demonic entity's target, the possessed is the demonic entity's bait, and if they mess up, they will become possessed, and then they will spend their short time remaining alive trying to save their soul, or not. I approach every angel-assignment in human affairs with that in the back of my mind.

I don't know what happened to Hitler in the afterlife, does anyone know?

So far, the door has remained open for Lucifer and that one's legions to return to God, but will that door always remain open?

I was not trained in casting out demons. I was trained in facing the Devil in myself, and in incrementally returning to God and incrementally making myself lest hospital for demons. Even as the more progress I made, the more I was attacked. Most of the attacks were internal. A few were against my physical body. A fairly recent attack tried to remove me from space and time, and when that didn't happen, to exterminate my soul. But for shielding by angels, I suppose I would have been a goner more times than I care to try to imagine.

On a parallel front, I have a friend about half my age, who steadily reports being visited and told things by angels known in the Bible, when he is awake, and in visions, and in dreams when he is asleep. He emailed me twice yesterday, first about what Melchizedek had showed him about nuclear power, and then what he thinks about turkeys. Bon appetit!

1st email
Melchizedek visited me in a dream. Clarified the Russia issue.
Showed me to find this:

I didn't remember specifically but you told this to the guy from Australia:

My friend reported a while back that he was taken by Melchizedek to the Russian artic, where there was a nuclear facility that had some difficulty and Russia was covering it up. Melchizedek said escaped nuclear radiation affects other dimensions adversely, and affects the planet in ways that could lead to nuclear winter or melt down of the planet's core.

Then the following was shown and explained:

It was Chernobyl. Melchizedek showed me Chernobyl in the Ukraine. The facility has a concrete pad under it, he showed it deteriorating, and then the only place it can go is the core. That was why they used all the concrete in the USSR at the time.

Melchizedek said all reactors would eventually end this way, needing to be capped like Chernobyl, needing to be excavated from beneath(you say track hoe I say excavator and Melchizedek said we were dummies if we argued over the semantics of earth removal equipment). Once excavated from beneath then they need to have concrete reinforced pads underneath. Eventually in the future, all the pads will deteriorate.

The most immediate danger is that if an aquifer if below a nuclear plant, the aquifer becomes pressurized hydrogen gas- from evaporating the water under pressure of the soil. That alone would explode and be devastating. Just from the gas needing to vent over such a huge surface area, the other thing is hydrogen gas is extremely unstable, compressed it could undergo fusion and the nuclear plant would create in effect an H-bomb- far more devastating than anything we ever tested in history.

If mankind survives that or lucks out with no aquifer- the core of reactors continues to melt down.

In the initial dream it was an artic surrounding, because, no easy way to put this- Ukraine is an artic biome for part of the year- it snows like fuck and gets fucking cold.
He jogged my memory.

2nd email
What Thanksgiving means to me.
Thanksgiving makes me think of Wild Turkeys. Wild Turkeys tear hell out of gardens, are worse than crows for stealing seed and ruining a garden. If you kill the bastards, they are hell to pluck, and even worse! Those razor sharp barbs on the back of their feet that will stick you like a switch blade. If you do pluck the bastards, enjoy a broken tooth on lead or steel shot because you can NEVER GET ALL THAT SHIT OUT. If by some miracle that you do indeed get the all the shot out, congratulations. You're still going to break a tooth if you are lucky, a jaw if you're not- those birds are so tough you might as well chew kevlar.

What else does Thanksgiving bring to mind ?
It is a Ritualistic Celebration of the Success of Manifest Destiny and Consumerism: It is a Big Pat on the Back to the White Man for stolen land and infected blankets, slavery, war, treating immigrants and minorities like shit, and the all consuming drive to line pockets with FILTHY LUCRE. It is a realization of everything that the American Dream IS NOT supposed to be. Proof ? Thanksgiving is followed by Black Friday and Cyber Monday. Yay ! Can I get an Amen?

*looks around nervously* Who are these men and why are they chasing me with those uncomfortable looking coats? *runs like hell*

Me
Kapow!!! And to think Benjamin Franklin wanted them to be the national bird.

FriendAnd Ben Franklin was a deist Masonic, womanizing, slave- owning white man who if he were alive today... Would probably be a MAGA.Empty Shelves Ben....