Jacobson v. Massachusetts (1905, SCOTUS): Re state law requiring small pox vaccination: Upon the principle of self-defense, of paramount necessity, a community has the right to protect itself against an epidemic of disease which threatens the safety of its members. 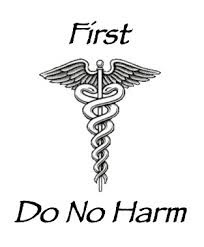 Today’s news can wait for tomorrow. Tonight, a thank-you.

Exactly two years ago today, after about a six-week hiatus during the summer, I wrote a Facebook post that started: “Many thanks to all of you who have reached out to see if I'm okay. I am, indeed (aside from having been on the losing end of an encounter with a yellow jacket this afternoon!). I've been moving, setting up house, and finishing the new book. Am back and ready to write, but now everything seems like such a dumpster fire it's very hard to know where to start. So how about a general overview of how things at the White House look to me, today....”

There were a billion reader comments. Here are two. I responded to the 2nd.

RoseAnother brilliant letter. To say thank you does not seem to be nearly enough. I read every word of your letters, every morning with coffee before starting the day. I share your letters with friends, sometimes adding a few words of my own. You have awakened in me an interest in our country's history and I cannot get enough. So I will say Thank You, Heather: for your devotion and selflessness; for your tenacity and grace; for sharing your gift with each of us.AveryIt is hard to comprehend how it is that you write these brilliant letters day in and day out, and that you have been doing so for two years just boggles the mind. I am among the thousands upon thousands of readers of your letters who are frankly awed by your ability to illuminate the disturbing times that we have been living through over these past two years. I am profoundly grateful for your letters, for your persistence and endurance, for your knowledge and wisdom, for the energy, the heart and the soul that you pour into this correspondence with America. I feel very lucky to be in your good company, and to be in the community that has developed around you and your work. Thank you!!

In my 79th year, I see just about everything very differently from when I was a boy, then in college, then in business, and then practicing law. It looks to me that America came unhinged and split in half by three things: the Vietnam War, the Civil Rights Movement, and the Feminist Revolution. Where America is today flowed from there. I think America is in very deep doo doo of its own making, internally and internationally. It's much more popular to duke it out with foreign devils, than to duke it out with domestic devils, external and inside each American. Finger pointing is so much more fun than taking fearless searching personal inventory dealing with the beams in our own eyes.

Anyway, Heather keeps painting the American landscape, which ain't terribly glorious, while things in America seem to be getting more and more fragile. I don't expect I will live to see where that all leads, but my children and grandchildren will. I voted, reluctantly, for Joe Biden, after sitting on the sidelines or voting third party for years, because Biden and his followers did not cause me to fear for the physical safety of my children and their families, and because Biden at least was talking about trying to save the planet from humanity.

I'm a Birmingham, Alabama native. I live again where I started out, after living elsewhere much of my latter adult life. I have seen things and been places in and outside America, which most Americans cannot fathom. Now, I'm watching Alabama hospitals unable to treat heart attack patients, because the ERs and ICUs are glutted with Covid-19 infected unvaccinated adults, whom I say should not have been admitted. They tempted fate, God, whatever, and they lost. Let them enjoy the full fruits of their proclaimed Constitutional Right not to be vaccinated.

In that regard, excerpts from a letter written by a physician to a good friend of mine just the other day, after my friend had heard this doctor tell another doctor that unvaccinated adults with Covid-19 are Typhoid Marys and should not be allowed into hospitals. According to my friend, the doctor had it out with the hospital medical board and resigned and quickly got a job in a setting where he would be far more appreciated.

I enjoyed having you as a patient, it can be so very depressing how very little people use their ability to think to analyze situations and come to the most rational and safe decision. I am not a lawyer, and clearly I cannot give legal advice or interpret the law. However, I try to be an informed citizen. I took the Board of Directors to task, even reminding them that a 1905 Supreme Court judgment regarding compulsory vaccination declared that prudent measures undertaken to protect the public were a legitimate exercise of the state police powers. I was called a liar until I produced a recent news article. I cannot remember the publication but I had copy and pasted the following text:

In regards to compulsory vaccination: Jacobson vs. Massachusetts in 1905. In that case, the Supreme Court upheld the constitutionality of a state law requiring compulsory vaccinations against smallpox. The court declared, “Upon the principle of self-defense, of paramount necessity, a community has the right to protect itself against an epidemic of disease which threatens the safety of its members.”

You said you have a friend who does a news blog. I think he ought to know about this if he doesn't already. I have left out my name such that you can scan this into a Word document and send it out if you like.

I have a wife, an 11 year old daughter, and an 8 year old son. I fear for their safety, and I think you are right to feel for yours. I think that the Supreme Court ruling above should be applied to ANY INSTITUTION THAT ACCEPTS FEDERAL FUNDING OF ANY KIND."