Greetings from the praying mantis Mother Ship, and perhaps a warning 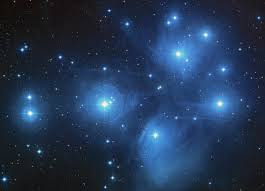 Last Friday, we were invited to wear a crazy hat to the duplicate bridge club. The club member with the craziest hat would get to play for free. I walked into the clubhouse wearing this hat and the director of the game declared me the winner. 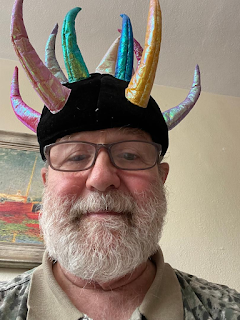 During a hand midway into the game, I felt what seemed some kind of energy beam enter the left side of my temple headed inward. As it progressed to the center of my head, it became more intense and disorienting, physically and otherwise. I became alarmed. It reached the right side of my brain and parked. I felt like my mind was being warped and I was in grave danger.

I told my playing partner and opponents something was going on in me and I needed to stop playing. Whatever it was stopped progressing and then slowly began to recede.

The game director came to the table. I told him something was going on in my head, but seemed to be receding. He asked if it might have to do with the Mother Ship? I said it very well might. We had joked many times during the pandemic, when the club was closed and we played online, of me visiting and goings on in the Mother Ship.

In the day prior's blog post, I had quipped to someone, "am headed back to Mother Ship for a bit, then …"

The event occurred right before a 10-minute break in play to use the restrooms, get snacks and drinks.

A retired physician came over and sat with me. I told him what I had experienced and that I'd had many strange things happen in me, which were not medical, but I could not say what had just happened was not medical.

He asked questions and offered suggestions.

Such as, was there any pain? No.

Such as, it might be a heart problem. I said I had a totally clean arteriogram in January, and the cardiologist had told me there was nothing wrong with my heart, he only treated sick people, and get out of his office.

Such as, perhaps I have a calcium deficiency. No, I take D-3 daily, and I drink coconut milk and eat yogurt daily.

Such as, I should see my doctor.

I had planned to leave after the game and drive to Mississippi to see my older daughter and her husband. I called her and described what had happened. I said if I had been driving on an interstate or a highway, it would have been very bad, and I was not coming to see them.

The break ended and I played the rest of the rounds without any problem.

Two club members got me and my car home; I rode with one, the other followed behind in my car. When we got to where I live, we parked and I got into my car and parallel parked it. I grabbed my backpack containing my clothes and other belongings for the trip to Mississippi and went into my apartment, unpacked, fixed a sandwich and had a late lunch.

I called my daughter and told I was home safe, the car, too, and I wondered if it was safe for me to drive?

It was toward the end of Friday afternoon, the weekend loomed, seeing my doctor was a stretch.

I took a nap and didn't seem to dream about what had happened at the bridge club, which by now I was pretty sure was not of this world.

My friend called later to report a nap dream he'd had of being in a space ship with a doctor who looked like a praying mantis. The doctor told him that an attempt had been made by ETs to remove me from space or time, or both. It had not succeeded, but it might in the future, and it was a warning.

A couple of days before, my friend had reported two dreams about me not sticking my nose into something personal concerning the female. Before bridge that morning, I had stuck my nose into that something. I told my friend that I suppose I need to stay out of it from now on. 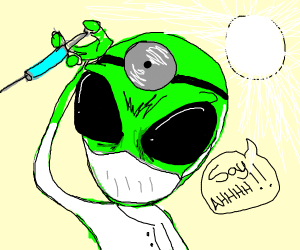 I told the doctor about the dream. He asked if it came after I told my my friend about the event? I said, yes. He said he hoped my friend didn't have anymore bad dreams. I said my friend has all sorts of dreams.

So far, my friend has not had another dream about me and there has been no recurrence of what happened at the bridge club last Friday.

Imagine something like that happening to people who stick their nose into something they should leave alone. Imagine  very different Earthlings.

Meanwhile, I saw in the news yesterday that medical insurance companies ceased waiving co-pay for Covid-19 patients. Perhaps that will encourage unvaccinated adults to get vaccinated?

Here's a link to an Israeli-Harvard study on Pfizer's vaccine, which I received early this year, and the booster about a week ago, after I asked God if I should get it and then came a nap dream strongly in favor: