Republican Party, Donald Trump and his MAGAs say they speak for God, but what do God and the Devil say? 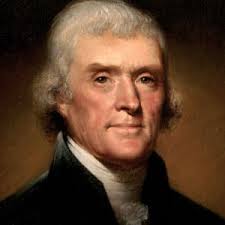 Congress shall make no law respecting an establishment of religion, or prohibiting the free exercise thereof; or abridging the freedom of speech, or of the press; or the right of the people peaceably to assemble, and to petition the Government for a redress of grievances.

I posted this below on Facebook and got a nibble from a former Alabama prosecutor, Republican.

The Founding Fathers did not want Church-controlled, or run, government like had happened in Europe, and that's why they put separation of church and state in the Constitution.

The Declaration of Independence has 4 different references to Deity, none of which look particularly Biblical. When Thomas Jefferson's home state Virginia's legislature tried to make Christianity that state's official religion, Jefferson led the charge to stop it, and it was stopped. "Under God" was added to the Pledge of Allegiance when I was in high school, to tell the world America was not like "godless" Communism, even though God, not a nation, decides if it is a godly nation. All nations are under God in the Cosmic Sense. So are all political parties and all people, but claiming godliness does not make it so, as Christianity proved over and over in Europe and during the Crusades. Now, America is threatened with what happened in Europe before and after Columbus "discovered" America. The Devil loves it.

Robert
There is nothing in the Constitution about "separation of Church and State" Congress is prohibited making any law regarding establishment of religion.

Sloan Bashinsky
I know that. It’s called “separation of church and state.” What has evolved even farther is separation of religion and America from God. From all I read about Thomas Jefferson, he had very low regard for Christianity, as it was practiced in his time and prior. I can imagine Jesus sided with Jefferson.

A good friend call last night to say Archangel Michael told him in a dream that at one time humanity was ready to receive a messiah, but not now, and it’s on each person to experience the baptism in fire and his/ her inner darkness to return to God, and that almost never happens.
Meanwhile, the Republican Party, Donald Trump and his MAGAs actually believe God is on their side, they speak for God, and all others work for the Devil, which, well, tempts both God and the Devil.

Since you are a spiritual mystic, can I ask you if I am going to hell for hoping a massive heart attack will take out the OT before God gets around to finishing me off?

I can imagine very, very l-o-n-g line of such well wishers. My preference, though, is Jesus and Archangel Michael visit Donald and put extreme fear of God and Hell in him, and Donald reports it to everyone he knows and knows of via a smart phone video audio, as he stands beside Melania and tells her he is giving her everything he owns and he's turning himself in for tax evasion and attempt coup and he doesn't want legal counsel.

A perp walk for him and Rudy just might draw an audience!

Perhaps Jeffrey Epstein could join them from the grave wearing a hangman noose.

Yes, fashioned from the bra of a 14 year old.

While Trump holds a raised Bible in front of the National Capitol.

For those who still think Trump and Epstein weren't best buddies: 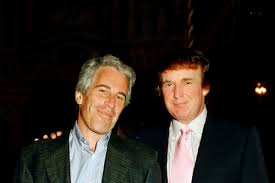