Madness: The US Congress 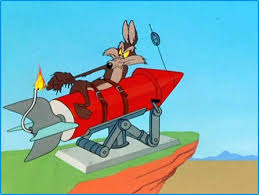 Today, the fight over the debt ceiling continued. As Treasury Secretary Janet Yellen warned that breaching the debt ceiling would delay Social Security payments and military paychecks, as well as jeopardizing the status of the U.S. dollar as the international reserve currency, Senate Majority Leader Chuck Schumer (D-NY) offered Senate Republicans “a way out” from having to participate in raising the ceiling, despite the fact that the Republicans had added $7.8 trillion to the now-$28 trillion debt during Trump’s term. Schumer asked for unanimous consent to pass a debt ceiling increase with a simple majority that the Democrats could provide alone.

Senator Minority Leader Mitch McConnell (R-KY) blocked the effort. “There is no chance, no chance the Republican conference will go out of our way to help Democrats conserve their time and energy, so they can resume ramming through partisan socialism as fast as possible,” he said.

It is hard to escape the conclusion that McConnell is deliberately running out Congress’s clock, and it is hard to ignore that the big item on the Senate’s agenda is the Freedom to Vote Act, which Senators Joe Manchin (D-WV), Amy Klobuchar (D-MN), Raphael Warnock (D-GA), Jon Tester (D-MT), Tim Kaine (D-VA), Jeff Merkley (D-OR), Alex Padilla (D-CA), and Angus King (I-ME) have worked to hammer out in place of the voting rights bills passed by the House.

The Freedom to Vote Act protects the right to vote. It also bans partisan gerrymandering.

The Republicans accused Milley of working with “the Chinese Communist Party” and leaking “private conversations with the president.” Senator Josh Hawley (R-MO) suggested that Milley was personally responsible for the deaths of the 13 personnel killed in the last days of the Afghanistan evacuation and told him: “General, I think you should resign.”

It’s hard to miss the mechanics and narratives being set up for 2022.

“I have served this Nation for 42 years,” Milley wrote in his statement. “I’ve spent years in combat and buried a lot of my troops who died while defending this country. My loyalty to this Nation, its people, and the Constitution hasn’t changed and will never change as long as I have a breath to give. My loyalty is absolute.”