rise of the barbarians in America, and the need for voters to have photo IDs 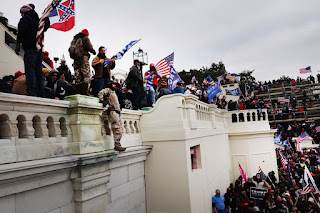 So many stories landed today that some will have to wait. Tonight’s news, though, boils down to Republican attempts to retake control of the government in the 2022 elections…and, if Trump has his way, even earlier. This morning, CNN revealed another bombshell story from the forthcoming book by veteran reporters Bob Woodward and Robert Costa: a six-point memo from pro-Trump lawyer John Eastman laying out a plan for then–vice president Mike Pence to steal the 2020 election for Trump.