upscale white Birmingham, Alabama suburb issued amber alert yesterday of 6 p.m. curfew, which got me to ruminating and poking around and more ruminating ... 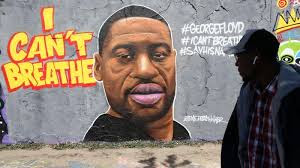 Yesterday, I read online that there was a multi-racial protest in a downtown Birmingham, Alabama city park. A perceived racially controversial statue, which some time back had been covered instead of taken down, was taken down. Birmingham is predominantly black and its city government is dominated by blacks. Birmingham did not issue a curfew.

Later yesterday, an amber alert went off on my i-Phone: "over the mountain" upscale white Mt. Brook, Alabama issued 6 p.m. curfew starting yesterday. Mt. Brook’s area code is 205, my area code is 305. I grew up in Mt. Brook south of Red Mountain, atop which sits the statute Vulcan looking down over Birmingham. I couldn't imagine Mt. Brook had experienced protests over George Floyd’s death at hands of Minneapolis, Minnesota police. 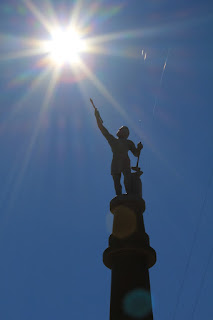 This morning, I called a childhood friend, who also grew up in Mt. Brook, and got his voicemail and left a message about the Mt. Brook curfew. He texted he was at the dentist and we would talk later today.

I went online and found Mt. Brook’s website. After some poking around, I found the mayor’s phone number and called it. I told woman who answered about the alert on my i-Phone which had a 305 area code and I wanted to ask the mayor about it. I said maybe he and I once knew each other, and I grew up in Mt. Brook. She said this was the mayor’s company, not city hall, and she would see if he was available to speak to me. She came back and said the mayor was not available to speak with me. I asked if she had a number for city hall, as I saw no numbers on the city website. She told me to look in Departments on the website. She helped me do that.

I found a number and called the assistant city manager and got her voicemail. I then called the city manager and his voicemail was answered by the electronic voice of the assistant city manager. I called the non-emergency number for the police department and a woman answered. I told her I have a 305 area code and got an amber alert message yesterday afternoon announcing the city curfew starting yesterday evening. She said she would connect me to someone. After maybe 15 rings and no voicemail, I hung up and redialed. The call was answered after one ring, there was a series of beeps and the connection ended. I called back and same thing happened.

This afternoon, I reached my childhood friend. He said similar curfews had been put in place by other predominantly white "over the mountain" Birmingham suburb cities. A former black state legislator's son was in Minnesota consoling the Floyd family, and was returning to Birmingham with people to do peaceful marches in predominantly white "over the mountain" suburbs. My friend said businesses in one of those suburbs, not Mt. Brook, were closing this afternoon.

My friend lamented peaceful protesters elsewhere have been joined by trouble makers from the left and from the right. I said an irony is not long ago President Trump was pushing for people to protest their states being locked down, and many people protested angrily, shoulder to shoulder, without face masks, and put themselves and many other people at risk to covid-19. Now George Floyd protesters are shoulder to shoulder, with and without face masks, putting themselves and other people at risk to covid-19.

I told my friend about my experience trying to speak with mayor and other Mt. Brook departments. I said, that's a great way to run a city government during a pandemic; citizens call and can't get anyone to talk with.

For example, Charlotte Washington, daughter of Alabama slaves, lived in my family’s home. I nicknamed her "Cha", pronounced, Sha. Our maid and cook, she loved and raised me and my brother and sister as her own. She loved our friends, and they loved her. I portrayed her in the second chapter, "She Worked Behind the Scenes" of A FEW REMARKABLE ALABAMA PEOPLE I HAVE KNOWN, which can be read for free at afewremarkablealabamapeople.blogspot.com.

I describe going to Cha's wake in Bessemer about 12 miles west of Birmingham, where her family lived. The black pastor in a packed black church, my wife and I were the only white people, said that during the time of the troubles, Sister Washington had used her days off from working for her white family to go into black churches and counsel her people to be patient with and tolerant of their white brothers and sisters. The time of troubles was terrible. White city police attacked peaceful black protesters with night sticks, powerful fire hoses and German shepherd police dogs. I wonder what counsel Sister Washington would give her people today?

The vestrymen decided to hire off-duty Mt. Brook policemen (all were white) to stand in front of the church and turn away any blacks who might show up. As the vestrymen were adjourning, their minister. Lee Graham, who had started the church in an old farm house where the Mt. Library later would be built, asked if anyone cared what he thought? Well, er, sure, the vestrymen said. Reverend Graham said something like, “If black people are not allowed to worship at St. Luke’s, I will close the church.” No Mt. Brook police officers were hired. Black people did not show up. Wasn’t long after that Rev. Graham announced his mission at St. Luke’s was completed, he was moving on. I protrayed him in the 5th chapter, "He Was a Parish Priest." at afewremarkablealabamapeople.blogspot.com. I wonder what counsel Rev. Graham would give today to Mountain Brook about welcoming George Floyd protesters?

Two Autopsies both find George Floyed died by homicide, but differ in details
George Floyd, the Minnesota man who died after an officer arresting him pressed his knee onto his neck, died by homicide, according to the results of two autopsies released on Monday — one by the county medical examiner and the other by independent pathologists commissioned by Floyd's family. But the two autopsy reports differed on exactly how the man died.
Dr. Allecia Wilson, one of the pathologists who conducted the independent autopsy, said Monday afternoon that Floyd died as a result of mechanical asphyxiation.
But the report released later Monday by the Hennepin County Medical Examiner's office said Floyd died of "cardiopulmonary arrest complicating law enforcement subdual, restraint and neck compression." The manner of death was ruled homicide, but the office noted that "is not a legal determination of culpability or intent." A preliminary autopsy report cited earlier by prosecutors said the county medical examiner's review "revealed no physical findings that support a diagnosis of traumatic asphyxia or strangulation."
Floyd's death has led to widespread outrage, protests and unrest across the nation. The Minneapolis officer seen kneeling on Floyd's neck, Derek Chauvin, was charged last week with third-degree murder and second-degree manslaughter.
The independent autopsy was conducted by Wilson and Dr. Michael Baden. Baden is the former chief medical examiner of New York City, and was also hired in 2014 to conduct the autopsy of Eric Garner, a black man who died when an NYPD officer used a banned chokehold during his arrest. Both Garner and Floyd pleaded with officers that they couldn't breathe before their deaths seen on disturbing videos, and "I can't breathe" has become a rallying cry among those protesting police brutality.
George Floyd, left, and former Minneapolis police officer Derek Chauvin, who is charged with third-degree murder for Floyd's death.
Baden said Floyd died as a result of compression on his neck and back from the officer, which interfered with blood flow and his breathing.
"George died because he needed a breath," said Ben Crump, a lawyer representing Floyd's family. "He needed a breath of air."
The Hennepin County medical examiner's office, however, said Floyd experienced cardiopulmonary arrest while being restrained by the officer. The county autopsy said Floyd had "other significant conditions" including "arteriosclerotic and hypertensive heart disease; fentanyl intoxication; [and] recent methamphetamine use." The office had not previously released the findings pending toxicology reports.
But Baden said the further testing wouldn't reveal evidence of compressive pressure on Floyd's neck and back since the pressure would have been released when it was no longer applied. He said large areas of scrapes and abrasions on Floyd's face indicated the force that was used to press him into the ground.
Baden also said that he could find no underlying conditions that contributed to Floyd's death, saying he was in good health. In a criminal complaint, Hennepin County prosecutors said Chauvin "had his knee on Mr. Floyd's neck for eight minutes and 46 seconds. Two minutes and 53 seconds of this was after Mr. Floyd was "non-responsive." Crump said Floyd's death was the result of that sustained pressure to his neck and the pressure on Floyd's back from other officers holding him down.
"What those officers did, as we have seen on the video, is his cause of death — not some underlying, unknown health condition," Crump said. "George Floyd was a healthy young man."
Crump said Floyd died on the scene.
"The ambulance was his hearse," Crump said.

The difference in the two autopsies sort of reminds me of people who were killed by covid-19 and some people said lots of those people were killed by preexisting conditions, when the truth is, none of them would have died when they died, but for their breathing being wracked by covid-19.

George Floyd was murdered. Time will tell how that plays out in the courts and in November. Time also will tell how the Floyd protests affect pandemic America medically, socially and economically, and at the polls.

I read online yesterday that President Trump threatened to send federal troops into states that do not squash violent protests. Perhaps President Trump also  should use press conferences, tweets, and go into white and black churches and counsel patience and tolerance? Or, take the Houston, Texas police chief's advice?

Police chief to Trump: Please, keep your mouth shut if you can't be constructive