Are America and humanity going the way of the unicorn? Study Facebook, online spirituality groups, CNN and FOX 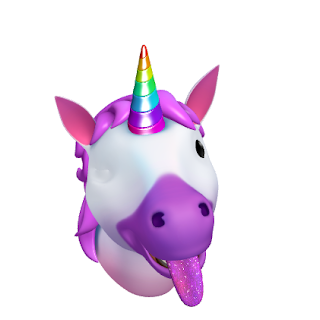 The boosted post at the new Anomalous-unusual happenings Facebook page has a few more days to run, but there have been enough slam comments to cause me to conclude that many people do not understand Facebook does not exist for them. Facebook exists for its owners, for whom is it a business, period, the end. Facebook makes the owners a lot of money. But for paid advertisers, there would be no free Facebook for anyone to use. There would be no free Facebook for users to complain about paid ads showing up in their news feed. Perhaps I screwed up by offering a story for free? I swan, if I am not convinced Facebook is a proxy for the United States. You want to study Americans, just go onto Facebook and become your own Martha Meade, Sigmund Freud, etc.😎.

On a parallel front, I've been posting regularly for maybe a month into an online spirituality group with about 250,000 members world wide. Based on replies to what I posted and commented there, there is a large segment of people on a spiritual path who reject outright that God, the Devil, angels and demons even exist, and people who say otherwise are mistaken, and people who say they have had direct contact with God, the Devil, angels and/or demons are delusional and need psychiatric or psychological help. The spirituality group sort of reminds me of Facebook, but with a singular topic, which has as many interpretations as the number of people in the group - about 250,000.

I did not post in that group, and might not, that the spiritual path can be likened to a very large public swimming pool. Above the pool is a separate very shallow pool for toddlers. Below the toddlers pool is the general public pool. At the top end the water is shallow enough for 5-and-6-year-olds to stand with their heads above water. The pool gets deeper as you move into it, until nobody can stand on the bottom with head above water. The depth increases until you get to the other end, where the pool is the deepest. The deeper people go in the pool, the more difficult and scary it gets. The deepest end is absolutely horrible and terrifying. And absolutely sublime and uplifting.

As for American politics, I have written hundreds of posts here about that, and there is nothing new under that sun and moon to add, except if you think things are going to get better in America (and on this planet), I really hope you are right, but if Facebook, the spirituality group and CNN and FOX are considered, the future don't look too swell.

I wonder if this blog has run its course, like my old Facebook page ran its course a few days ago?

Shortly after publishing this post, I received a text that a large Facebook charge had been made against my debit card. Digging further, I learned that had happened half a dozen times in the past couple of weeks. Good thing I limit the amount of money I keep in my checking account. The debit card is locked. Now, I get to deal with the bank and Facebook. I won't pay Facebook to boost any more posts.

Two days ago, I published Thank you Donald Trump for making covid America batshit crazy-squared at this blog. I posted a link to that blog post to my personal Facebook account and two  pages I had created on Facebook.

Sometime after dinner that night, Facebook notified me that it had cancelled my Facebook account. My personal account and two pages I had created. Also canceled was a news feed on which I used my i-Phone to watch world-class chess games and MMA fights, as well as other things.

I used the method provided by Facebook to appeal, but it did not work and repeated tries did not get me to the appeal department.

I dreamed later than night of having what seemed like a thousand or more small leech-like worms with human heads stuck all over my body. I was trying to pick them off one at a time when the dream ended.