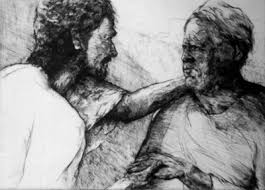 This gem below was posted in a very large online spirituality group:

Do not take anything you read here as fact.

There is a LOT of pseudo-intellectual nonsense thrown around here. Always think critically about what you are being told, especially when someone claims to have access to "Truth".

Ask questions, prod and poke as a way of revealing the intensions behind the words. Consider that if someone isn't capable of explaining themselves in plain terms without vague insinuations then they may not actually have anything of substance to contribute. Omitted information is oftentimes twice as telling as information given freely.

Not everyone has your best interests at heart, even when they claim to (*sometimes even when they genuinely think they do!). Stay aware and be careful when accepting advice :)

edit: and Merry Christmas to all :)

Excellent advice. Be especially wary of someone or something that asks anything back from you other than your thoughts or feedback. Psychics, seers, Tarot readers, astrologists, spiritual healers, shamans, gurus, ministers, mental health workers, alternative healers, etc. can be helpful at times, but they are limited beings and their systems are limited systems. The Source of All is far bigger.

I went through all of that myself, before and after 1987, when I started getting turned upside down and inside out and any and every which a but loose by angels, who had come to me after I knew I had screwed up my my life and asked God to hep me and offered my life to human service. The angels told me I would be pushed to my limits, but I had asked for it and they were going to give it to me. I was stood before endless mirrors, advised, corrected, rebuked and even spanked many times. And I was carried, pushed and dragged, too.

Along the way, I dabbled at charging money for trying to help people who came my way, and that didn't seem to fit me well. Later, I came to think charging money for spiritual work was not permitted. I had read of people who were pretty far along, who didn't charge. In the spring of 2001, I was told in my sleep by a familiar voice, "You cannot do this work correctly if you are trying to get anything back from the people you are trying to help."

I took the voice to be Archangel Michael, who came to me with what I had come to understand was Jesus in 1987. I was raised in Christendom, but it had not stuck and I had drifted into the New Age and other spiritual traditions and alternative healing systems. Into and through and beyond all of which I was taken by those two and another who called itself Melchizedek. Then, came Kali, from the Hindu tradition. I was tag-teamed ongoing. Still am.

What I publish in this forum actually happened to me and to other people I knew. I publish it for what it is. I have gotten a lot of flack back. I'm used to that.

Every person is unique, thus every person's spiritual journey is unique. The journey is a mystery, full of surprises. There are no pat formulas or methods. Systems can get someone started, but at some point in time and space, if not this time around, then the next, or the next, it becomes one one between an incarnated soul and the Source by whatever name someone wishes to call It. I have not gotten to that point in time and space yet, perhaps some day, I will.

Meanwhile, this flopped out of me in the spring of 1994:

God's gifts are not for sale, but are freely given to angels, saints, sinners, devils and fools alike, for all are God's children.