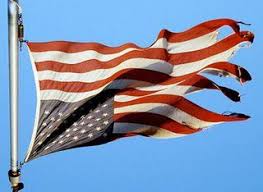 A friend reported yesterday that Archangel Michael told him in a dream that the seditioners will get off and all Americans will suffer for it. I viewed the dream as either a prediction or a warning of what will happen if the seditioners get off.

It looks to this Independent that Donald Trump and his merry band think they are bullet proof. Some of them have round the clock protection by federal agents. Yet, there are alt-right people who are every bit as radical as the alt-rights that swoon over Trump, the NRA, the Swastika and the Confederate Flag.

If this former practicing attorney represented Trump and his merry band, who waged war against America, which is treason, a capital offense, I would tell them to worry about the radical alt-lefts, instead of Congress and federal law enforcement, which can be ground down, worn out and defeated by endless legal wrangling and a right-dominated U.S. Supreme Court.

However, I am not that lawyer, but I do have hope angels of the Lord will show Trump and his merry band and all of America and the entire world the stark difference between American currency saying In God We Trust and the Pledge of Allegiance claiming America is one nation under God, and actual trusting and being under God.