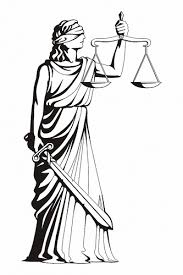 This former practicing attorney asks: In what American tribunal but the U.S. Congress do the triers of fact not see the evidence and hear the witnesses testify under oath?

Once upon a time a Republican American President did something he ought not to have done, from Wikipedia:

The Watergate scandal was a major federal political scandal in the United States involving the administration of President Richard Nixon from 1972 to 1974 that resulted in the end of Nixon's presidency. The scandal stemmed from the June 17, 1972, break-in of the Democratic National Committee (DNC) headquarters at the Watergate Office Building in Washington, D.C., by five men and the Nixon administration's subsequent attempts to cover up its involvement in the crime. Soon after the perpetrators were arrested, the press and the Justice Department discovered a connection between cash found on them at the time and a slush fund used by the Nixon re-election campaign committee.[1][2]
Further investigations, along with revelations during subsequent trials of the burglars in January 1973, led the House of Representatives to grant its Judiciary Committee additional investigation authority to probe into "certain matters within its jurisdiction,"[3][4] and the Senate to create a special investigative committee to look into the scandal. The resultant Senate Watergate hearings commenced in May 1973. Broadcast "gavel-to-gavel" nationwide, by PBS, the hearings aroused great public interest.[5] Senators heard testimony that the president had approved plans to cover up administration involvement in the Watergate break-in, and learned of the existence of a voice-activated taping system in the Oval Office.[6][7] Meanwhile, Nixon's administration resisted its probes, which led to a constitutional crisis.[8]
Several major revelations and egregious presidential action against the investigation later in 1973 prompted the House to commence an impeachment process against Nixon in February 1974.[9] On July 24, 1974, while the impeachment process was under way, the Supreme Court unanimously ruled in United States v. Nixon that Nixon was obligated to release the Oval Office tapes to government investigators. The tapes revealed that Nixon had conspired to cover up activities that took place after the break-in and had attempted to use federal officials to deflect the investigation.[10][11] Shortly thereafter, the Judiciary Committee approved articles of impeachment against Nixon for obstruction of justice, abuse of power, and contempt of Congress and reported those articles to the House of Representatives.
With his complicity in the cover-up made public and his political support completely eroded, Nixon resigned from office on August 9, 1974. It is a virtual certainty that, had he not done so, he would have been impeached by the House and removed from office by a trial in the Senate.[12][13] To date, he is the only American president to have resigned from office. On September 8, 1974, Nixon's successor, Gerald Ford, pardoned him.

Once upon a later time, a Democrat American President did something he ought not to have done, from Wikipedia:

The impeachment of Bill Clinton was initiated on October 8, 1998, when the United States House of Representatives voted to commence impeachment proceedings against Bill Clinton, the 42nd president of the United States, for "high crimes and misdemeanors". The specific charges against Clinton were lying under oath and obstruction of justice. The charges stemmed from a sexual harassment lawsuit filed against Clinton by Paula Jones and from Clinton's testimony denying that he had engaged in a sexual relationship with White House intern Monica Lewinsky. The catalyst for the president's impeachment was the Starr Report, a September 1998 report prepared by Independent Counsel Ken Starr for the House Judiciary Committee.[1]
On December 19, 1998, Clinton became the second American president to be impeached (the first being Andrew Johnson, who was impeached in 1868), when the House formally adopted two articles of impeachment and forwarded them to the United States Senate for adjudication; two other articles were considered, but were rejected.[a] A trial in the Senate began in January 1999, with Chief Justice William Rehnquist presiding. On February 12, Clinton was acquitted on both counts as neither received the necessary two-thirds majority vote of the senators present for conviction and removal from office—in this instance 67. On Article One, 45 senators voted to convict while 55 voted for acquittal. On Article Two, 50 senators voted to convict while 50 voted for acquittal.[3] Clinton remained in office for the remainder of his second term.[4]

Republicans in the U.S. Congress spent a great deal of taxpayer money on Blowjobgate, which was a flea on an elephant's butt compared to Watergate and Ukrainegate.

From Wikipedia:
John Robert Bolton (born November 20, 1948) is an American attorney, political commentator, Republican consultant, former diplomat and national security advisor.
Bolton was the United States Ambassador to the United Nations from August 2005 to December 2006 as a recess appointee by President George W. Bush.[6] He resigned at the end of his recess appointment in December 2006[7][8] because he was unlikely to win confirmation from the Senate, of which the Democratic Party had gained control at the time.[9][10] In later years, Bolton was the U.S. National Security Advisor under the Trump administration from April 2018 to September 2019.