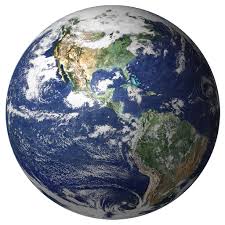 Poor Iran is a mess... its people, I am sure, are tired of all this religious wars, etc....  I would guess that Israel's People are in the same boat, a boat nobody knows how to get off of and save face!  Trump is not an Ideology person, he looks at the World in terms of good and bad deals, he is the most "American" President of all time... he might just make a "good" deal with the Iranian... I think they are ready to negotiate! Too bad about all those innocent passengers that had nothing to do with this mess and were sacrificed on their way home... do you think their death was a blood offering/payment for God to intervene and bring peace to the region?

Shooting down the Ukrainian airliner was colossal, sort of rhymes with cosmic, screw up, which all Iran could view as a screaming message that Iran ain't in Allah's good graces.

Likewise, all America could view its neverending winless wars in Iraq, Afghanistan and elsewhere as screaming messages from above that America ain't in God's good graces.

Could, but I ain't holding my breather on either count.

I still think you and I could do a better job in the White House than its current and previous occupants going back a good ways in time, and it wouldn't matter which of us is president or vice president. Heck, we could alternate days to make the bathroom scales happy.

Sancho also blessed me with an astrophysicist Carl Sagan flashback: 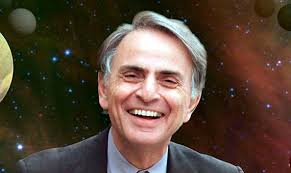 This excerpt from Sagan's book Pale Blue Dot was inspired by an image taken, at Sagan's suggestion, by Voyager 1 on February 14, 1990. As the spacecraft left our planetary neighborhood for the fringes of the solar system, engineers turned it around for one last look at its home planet. Voyager 1 was about 6.4 billion kilometers (4 billion miles) away, and approximately 32 degrees above the ecliptic plane, when it captured this portrait of our world. Caught in the center of scattered light rays (a result of taking the picture so close to the Sun), Earth appears as a tiny point of light, a crescent only 0.12 pixel in size.

family portraits of the Sun and planets.

Look again at that dot. That's here. That's home. That's us. On it everyone you love, everyone you know, everyone you ever heard of, every human being who ever was, lived out their lives. The aggregate of our joy and suffering, thousands of confident religions, ideologies, and economic doctrines, every hunter and forager, every hero and coward, every creator and destroyer of civilization, every king and peasant, every young couple in love, every mother and father, hopeful child, inventor and explorer, every teacher of morals, every corrupt politician, every "superstar," every "supreme leader," every saint and sinner in the history of our species lived there--on a mote of dust suspended in a sunbeam.
The Earth is a very small stage in a vast cosmic arena. Think of the rivers of blood spilled by all those generals and emperors so that, in glory and triumph, they could become the momentary masters of a fraction of a dot. Think of the endless cruelties visited by the inhabitants of one corner of this pixel on the scarcely distinguishable inhabitants of some other corner, how frequent their misunderstandings, how eager they are to kill one another, how fervent their hatreds.
Our posturings, our imagined self-importance, the delusion that we have some privileged position in the Universe, are challenged by this point of pale light. Our planet is a lonely speck in the great enveloping cosmic dark. In our obscurity, in all this vastness, there is no hint that help will come from elsewhere to save us from ourselves.
The Earth is the only world known so far to harbor life. There is nowhere else, at least in the near future, to which our species could migrate. Visit, yes. Settle, not yet. Like it or not, for the moment the Earth is where we make our stand.
It has been said that astronomy is a humbling and character-building experience. There is perhaps no better demonstration of the folly of human conceits than this distant image of our tiny world. To me, it underscores our responsibility to deal more kindly with one another, and to preserve and cherish the pale blue dot, the only home we've ever known.
-- Carl Sagan, Pale Blue Dot, 1994
Copyright © 1994 by Carl Sagan, Copyright © 2006 by Democritus Properties, LLC.
All rights reserved including the rights of reproduction in whole or in part in any form.

Nice, but I know for a fact Earth is not the only place in the cosmos with "intelligent" biological life forms, and there are myriad non-biological very intelligent life forms, including angels and demons. My readings of and about Carl Sagan left me feeling he did not know that, although he did write a novel about an ancient race that had left something mechanical way out there in space, which sometimes woke up and beamed catalytic frequencies toward targets, including Earth. Heh.

Makes me feel small....... and petty! We should take better care of this beautiful planet! Is the only home we have!

For sure, humans should take better care of the planet, if they don't want to end up homeless. Heh. There are plenty of people convinced dolphins and whales are sentient, and the planet is sentient. Recent high-tech murders in Iraq and Iran don't lend hope for human survival. I think I recall Stephen Hawking said humanity will destroy the planet and space travel is the only way to insure species survival. Can't imagine space-traveling species thrilled with biblical proportions species and planet killers exodus.

Meanwhile, wonder how Carl Sagan and today's astrophysicists and theologians might field this report from a CIA (Cosmic Intelligence Agency) amigo:


Somewhere in Zeta Reticuli there were small beings. They are what are popularly called “greys” in UFO literature. 3-4 feet tall, thin arms, thin fingers. But at one time there bodies looked more like ours, they had more muscle, they had more dexterity. They were a smart race and believed life could be in the Zeta Reticula system. Their whole planet united around a common idea- a common language system, a common health care system, a common method of transport, and it was this last idea that proved the monkey wrench in the works.
They fired their first solid rocket, and it was both an attempt to escape into the cosmos but also do high speed transport.
It was like putting a target on their back.
In the Zeta Reticuli system there was a far more developed planet, which we will call ZT-2. They noticed the solid fuel rocket. They made first contact with leadership on  ZT-1, and they asked the militaries of the planet to meet with them. A discussion was opened and the military of ZT-1 met with their counterparts world wide.
ZT-2 was far more sophisticated than ZT-1. Biologically they ranged from 6'6" to nearly 8' tall. Otherwise they were similar in biological structure to their counterparts in ZT-1.
The meeting of the Tall Greys of ZT-2 with the Small Greys of ZT-1 was one that would change the Small Greys forever. The Small Greys were a completely biological people and they were impressed at how similar they seemed to their Larger Grey "relatives".
The small greys immediately wanted to catch up to their Tall Grey "relatives". How could they accomplish this ?
The small greys were told that if their governments could work with the Tall Greys, they'd abduct-using mind control- a small number of "small greys"  In exchange, the Tall Greys would provide technology.
They introduced more and more powerful weapons as they abducted more small greys. Seemed like a good deal.
The large greys were augmenting small greys, first by attempting cloning and then by tracking and augmenting small greys with technology.
Eventually the small greys governments found out that they were being augmented, their populace was. So they decided- hey, we're uncomfortable with this.
They Tall greys said, let us take a few Small greys, argument them with a data bus and download massive knowledge amounts.
It started ok, but suddenly, the populace had little to no freewill. Over time, almost all small greys had become augmented. Finally, all small greys became augmented as their elders died off.
Finally, all the small greys knew was augmentation by Tall greys, and control by Tall Greys. Eventually, Small greys became so augmented, they lost the ability to breed and they lost free will. They became mostly bionic, they had no idea of their past history, as they'd been completely autopsied down to the genetic levels, they had no souls to speak of.
At the beginning of the 20th Century, we- on Earth- had bolt action rifles, the Browning Automatic 30.06 Machine Gun, and a belt fed gatling gun. We now have nuclear weapons. We went from Slide Rules to Punch Card Computers to quadcore processors. Some 2020 gaming laptops, I'm talking an individual gaming laptop, it has more power than all the computers in the world circa 1989. Some gaming desktops in 2020 have more power than all computers in the world circa 1994.
The angels warn: Our acceptance of augmentation and technology- by major corporations like google, in our military, we must ask, how in 100 years did we progress farther than we did in the past 1900 years ?
Where is this coming from?
People who saw the real alien autopsy of the Roswell alien agreed it was so freakish because of the way it wasn't an organic being.
Technology that Philip J Corso says was lifted from the Roswell corpse: 1. fiber optics, 2. night vision 3. integrated circuitry 4. resistors 5. plastics 6. synthetic collagen 7. tissue samples of grown brain cells 8. it had embryonic cells that were harvestable 9.high speed data transmission we know use as "lan" cables 10. I forgot.

Earth -
The sacred prism
through which souls are refracted
into their elemental parts,
purified in Holy Fire,
then one-forged
and sent on their way
to not even God knows where,
simply because they are all
unique emanations of God,
evolving ...

sloanbashinsky@yahoo.com
Posted by Sloan at 2:34 PM