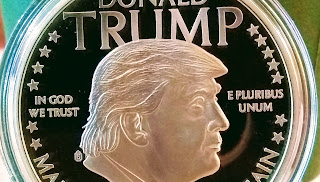 Walt Lagraves  I challenge the notion one's sex has a damn thing to do with their ability to lead.
From the NY Times article: 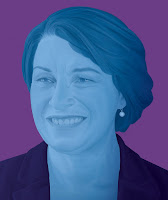 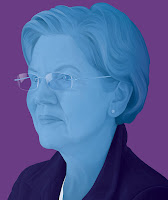 American voters must choose between three sharply divergent visions of the future.
The incumbent president, Donald Trump, is clear about where he is guiding the Republican Party — white nativism at home and America First unilateralism abroad, brazen corruption, escalating culture wars, a judiciary stacked with ideologues and the veneration of a mythological past where the hierarchy in American society was defined and unchallenged.

On the Democratic side, an essential debate is underway between two visions that may define the future of the party and perhaps the nation. Some in the party view President Trump as an aberration and believe that a return to a more sensible America is possible. Then there are those who believe that President Trump was the product of political and economic systems so rotten that they must be replaced..]
The Democratic primary contest is often portrayed as a tussle between moderates and progressives. To some extent that’s true. But when we spent significant time with the leading candidates, the similarity of their platforms on fundamental issues became striking.

Nearly any of them would be the most progressive president in decades on issues like health care, the economy and government’s allocations of resources. Where they differ most significantly is not the what but the how, in whether they believe the country’s institutions and norms are up to the challenge of the moment.

Many Democratic voters are concerned first and foremost about who can beat Mr. Trump. But with a crowded field and with traditional polling in tatters, that calculation calls for a hefty dose of humility about anyone’s ability to foretell what voters want.

Choosing who should face off against Mr. Trump also means acknowledging that Americans are being confronted with three models for how to govern this country, not two. Democrats must decide which of their two models would be most compelling for the American people and best suited for repairing the Republic.
The party’s large and raucous field has made having that clean debate more difficult. With all the focus on personal characteristics — age and race and experience — and a handful of the most contentious issues, voters haven’t benefited from a clarifying choice about the party’s message in the election and the approach to governing beyond it.
It was a privilege for us on the editorial board to spend more than a dozen hours talking to candidates, asking them any question that came to mind. Yet that exercise is impossible for most Americans, and we were left wanting for a more focused conversation for the public. Now is the time to narrow the race.

The history of the editorial board would suggest that we would side squarely with the candidate with a more traditional approach to pushing the nation forward, within the realities of a constitutional framework and a multiparty country. But the events of the past few years have shaken the confidence of even the most committed institutionalists. We are not veering away from the values we espouse, but we are rattled by the weakness of the institutions that we trusted to undergird those values.

There are legitimate questions about whether our democratic system is fundamentally broken. Our elections are getting less free and fair, Congress and the courts are increasingly partisan, foreign nations are flooding society with misinformation, a deluge of money flows through our politics. And the economic mobility that made the American dream possible is vanishing.