Hit men are prosecuted, unless they are Donald Trump 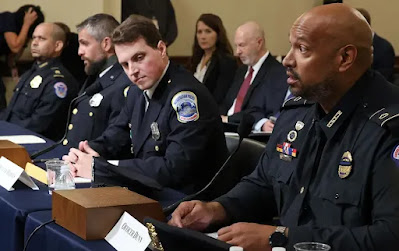 Harry Dunn, who is Black, said he challenged their claims that no one had voted for Biden by telling them that he himself was a Biden supporter.

"One woman in a pink 'MAGA' shirt yelled, 'You hear that, guys, this nigger voted for Joe Biden!'" said Dunn. "Then the crowd, perhaps around twenty people, joined in, screaming 'Boo! Fucking nigger!' No one had ever – ever - called me a 'nigger' while wearing the uniform of a Capitol Police officer..."

Dunn was one of four police officers who delivered wrenching testimony on Tuesday on their struggle to defend the Capitol against a mob of then-President Donald Trump's supporters, describing to lawmakers how they were beaten, taunted with racial insults from rioters and faced threats like "kill him with his own gun."

‘A Hit Man Sent Them’: Police Officers Testify to the Violence Done on January 6

Four officers told a House Select Committee what they saw. They called it an “attempted coup” and “terrorism” and blamed Donald Trump. And so should we all.

I wondered whether Tuesday’s hearing by the House Select Committee on January 6, featuring four police officers who were attacked that day, could reveal much to those of us who’ve paid close attention—read (almost) every story, watched (almost) every video—to the Trump-inspired insurrection that day.

I was wrong to wonder.

First, it ought to change what we call it. I’ve stopped at “insurrection.” These brave officers called it an “attempted coup” and “terrorism,” and the people behind it “traitors.” Several talked about the rampant racism they witnessed. They also blamed the disgraced, twice-impeached former President Donald Trump.

As Capitol Police officer Harry Dunn put it: “If a hit man is hired and he kills somebody, the hit man goes to jail. But not only does the hit man go to jail, but the person who hired him does.” Dunn added, “I want you to get to the bottom of that.” 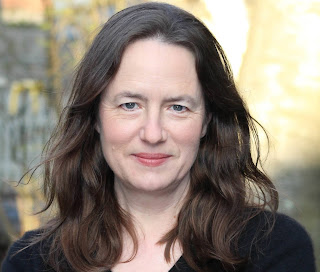 An American historian and professor of history at Boston College, where she teaches courses on the American Civil War, the Reconstruction Era, the American West, and the Plains Indians. She previously taught history at MIT and the University of Massachusetts Amherst. Wikipedia

From Heather's letter yesterday, the full letter can be seen by clicking on https://heathercoxrichardson.substack.com/p/july-26-2021

As the House Select Committee to Investigate the January 6th Attack on the United States Capitol starts its work, former president Trump and his supporters are consolidating their power over the Republican Party. Through it, they hope to control the nation.

Today Representative Bennie G. Thompson (D-MS), chair of the select committee and of the House Homeland Security Committee, published an op-ed in the Washington Post. He noted that in a recent CBS News survey, 72% of Americans said they thought there was more to learn about what happened on January 6. He promised that “nothing will be off-limits” as the committee figures out “what happened, why and how. And we will make recommendations to help ensure it never happens again.”

Along with Thompson, Liz Cheney will deliver opening remarks from the committee before it begins to hear the testimony of Capitol Police.

But McCarthy and other Trump supporters are doing all they can to derail the investigation into what happened on January 6. The committee’s work is not a criminal investigation: that is the job of the Department of Justice, which has already charged more than 535 people for their actions in the insurrection. The committee will try to piece together the events leading up to January 6, along with why the response from law enforcement was so delayed. It will look at the response of the White House, as well as the funders and organizers of the rallies of January 5 and 6. It will look at members of Congress, and how they intersected with the events of that day.

Donald Trump demands blind loyalty, regardless of moral, legal and common sense factors. That should be a wake up call for anyone devoted to a leader.