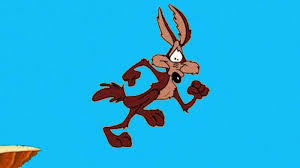 A prominent Alabama Republican and philanthropist, my stepmother had access to the best medical care. Yet, according to her death certificate, the primary cause of her passing was Covid-19 pneumonia, during which she had a NSTEMI heart attack, which usually is not fatal, based on all I have read.

I'm seeing reports that the Covid 19 delta variant, which was not in America last January, now represents 83 percent of reported cases in America, mostly unvaccinated people. I read in an article yesterday that Covid 19 is here to stay.

Have a friend who frequently reports what he hears from angels in his dreams. The angels are known in the Bible. My friend and his parents are not church people. He and I call the angels, The Powers That Be (TPTB).

The other day, my friend reported hearing from TPTB in his sleep, "Day will become as night, as night becomes as day, while man stands on a precipice, which is crumbling beneath him."

My friend then reported what a CDC epidemiologist had told him about Covid 19 and its variants, which I asked him to write up and email to me:

Dear Sloan: I know a young woman who is a MD. She chose to work for the CDC and became an epidemiologist. Her comment on COVID is that the best thing anyone can do is to continue with a prophylactic regime as recommended by Dr. Zelenko: quercetin zinc, C and D3. There are multiple subtypes of COVID, alpha and delta and gamma variants are the most commonly occurring. Because they have different RNA sequences, they also have no guarantee that the vaccines people have taken will protect them. Commingling of these subtypes of COVID could result in a superbug version of COVID- such a consequence could prove disastrous. In addition, her comment on vaccine side effects is that we do not have enough data on people properly and completely vaccinated. Look at the population 18+ and the number who reported receiving the vaccine. We simply don't have a complete enough picture to determine the whether the vaccine is responsible for the problems reported. At the same time, we cannot dismiss the allegations of severe complications due to taking the vaccine- that would be terribly irresponsible. We do need to examine the cofactors that could possibly cause vaccine complications. This mssg approved for publication by TPTB.

About a week ago, my friend reported:

Had a dream that this delta variant of COVID will mutate to the point that when the antivaccsers finally get the vaccine it will not matter in the final days of man pestilence and disease will dominate the earth. So-called Christians believe that heralds Christ's return. In looking at the summary history of man, TPTB pose this question: Just why would Christ return? What has man done, made in the image of God, steward over earth and its creatures, to justify Christ would return?
The vaccine was God's last good faith effort for man to initiate change. He used a man of God - a Hasidic Jew -  to make available a cure not requiring a vaccine. It was refused and the doctor was ostracized personally and professionally. We cannot read the Divinity's mind, but if we could, how would we feel?
COVID was released intentionally by TPTB. It was a wake up call about medicine, war, and our society. If we cannot respect the personal space of a person, is it not the case we would receive a lesson in common courtesy such that a plague would come upon those so thoughtless as to not get into a person's personal space?

Told my dreamer friend last night that it's all connected.
sloanbashinsky/@yahoo.com
Posted by Sloan at 2:16 PM