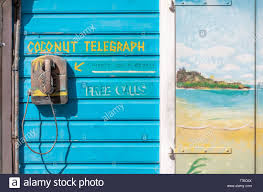 A friend called yesterday and said that after reading yesterday's Kamikaze America: Pearl Harbor Lookout Halloween poetry post at this blog, he conked out and was visited in a dream by angels Michael and Gabriel, who told him stuff, which he summarized. Later yesterday, he emailed this below, in which he stated he had the dream again and was told it was so he could get it all down.

Dream begins.
The Angels Michael and Raphael were looking at the Election Returns. I asked them if it was fair to compare Pearl Harbor to 2020 Election, having read your poem,
They paused for a minute, thinking. Finally both nodded, YES.
Michael: The MAGAs are like the Imperial Japanese who saw the Emperor as God and his word as the word of God. The MAGA’s have justified much hate, terrible violence, and attempting to brainwash the populace in the name of a man they revere like God, Donald Trump. Just as the Imperial warriors committed atrocity after atrocity and made threats they refused to surrender- the MAGA’s have done the same. MAGAs have committed atrocity after atrocity- from the killing at Charlottesville VA in “Unite the Right” to cities not training peace officers in the use of martial force to MAGA’s dismissing civil discourse outright and automatically resorting to violence or threats thereof to Trump’s threats he may not leave peacefully. All these things are as a result of a subgroup of mankind killing and becoming militant as they have attached Godhood to Trump.
Michael: Much as the people of Hawaii and Pearl Harbor and the United States Military and Civilians were shocked and surprised at the bombing and machine gunning of Pearl Harbor, so have Democrats and those who believe in a sane democracy found themselves. The centrists of America have been forced into radical action, with peaceful protests turning violent, to open acts of civil disobedience in order to communicate that there really is a proper way to address grievances. The centrists of America, those who make up the majority of the population have faced a sneak attack on their lifestyle, their ability to hold civil discourse. In the end, just as Truman resorted to a terrible act to end the final conflict of World War II, centrists must compromise some of their principles and beliefs to compromise into voting for Biden and Harris- one a career politician and the other a prosecutor who bragged of “collecting scalps” as she put young men and women in prison, IN CALIFORNIA- for MARIJUANA. Sneak attack after sneak attack by the MAGA’s has led to centrists and Democrats being willing to compromise rights through voting for Biden-Harris, on the right to assemble, freedom of speech, freedom to terminate a pregnancy due to a mother’s health or the baby being a result of rape or incest, freedom to own a semi-auto pistol or rifle- they(centrists and Democrats) must be willing to potentially give up some or maybe all of those rights to see the country return to some semblance of a return to normalcy- as Biden/Harris may change our Democracy just as much as Trump.
So I asked, who it would be most appropriate to vote for?
The Angels stated: As in most moral dilemmas the answer is difficult and it lies within. Hope that Americans stand on their principles and beliefs, rather than a false God with a bad spray tan. Most things Biden/Harris can do in a presidency can be undone. Can four more years of the proto-facism of Trump be tolerated?
I said, “There is no easy answer.”
Michael yelled in my face, “DO YOU REALLY THINK IT WAS EASY FOR US TO ARM MANKIND WITH NUCLEAR WEAPONS AND ADVISE HARRY S. TRUMAN TO USE FATMAN and LITTLE BOY TO STOP WORLD WAR II?”
Both Angels stated: There is no right answer to your dilemma, there is no moral answer to this dilemma. When Joe Biden and Donald Trump represent the best America has to offer, which is what a president is supposed to be, then America has lost all its correct answers, and may be best to skip the Presidential part of the ballot for some people, as they cannot bring themselves to being a part of swinging the pendulum from the far right to far left, bypassing the center.
Raphael's image kept becoming more and more faded out until he was no longer visible.
Michael stated: In case the metaphor is not clear, there are no answers for healing what ails America on the table, there is no miracle cure, no better living through chemistry, no clever solution to be engineered. This is the race of the self destructive Kamikaze pilots and Patton's mindless killing machine leaving a trail of scorched earth in the wake of a republic decimated.

This dream is repeated not because you got anything wrong but so that you may scribe all. - Distant voice I did not recognize.

There is personal history behind "the Pearl Harbor Lookout," a phrase sometimes used by member of the Birmingham Monday Morning Quarterback Club that met once a week during football season, had in guest speakers, and raised money for the Crippled Children's Clinic. The phrase was applied to someone, or someones, who were clueless about something boring in on them, which they should have seen. I think there are many levels to the Pearl Harbor Lookout in America today.
Maybe 2002, I read in a issue of the resurrected, for a while, Life Magazine, excerpts from President Truman's handwritten diary, in which he wrote in his own hand that he did not drop the A-bombs on Japan to win the war, the Japanese were trying to surrender, but to intimidate the Russians, who were intending to take some of upper Japan for Russia.
I don't think my guidance is done messing with me about whether or not I vote on Nov. 3. Voting for Biden is a vote against a monster, and also a vote for the planet, in the sense that Biden is more pro planet, without which humanity goes poof.