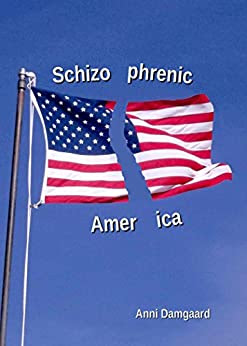 Yes, waldo, I saw it since I think it was i who sent this to you originally! Too bad that most people's attention span or disposition will not allow them to view and digest the whole series the way you did! Also, most people prefer to be happily ignorant and single minded! I copied this to Sloan, who's a retired attorney and well read, but he said it was too long and he hates Trump no matter what... like you, he's biased, but in the opposite direction! Sorry, but I find myself pretty much all alone when it comes to politics... even you, are too biased to the right... I am somewhere in the middle of nowhere and leery of EVERYTHING!

Stealers Wheels - Stuck In The Middle With You - Offical Video + Lyics
On Monday, November 2, 2020, 08:49:00 AM EST, Waldoxxxxxxx> wrote:
THIS IS THE ENTIRE TEN VIDEO SERIES I SENT MONTHS AGO.  I'M CONVINCED THEY WERE DELETED.  SINCE SO MUCH HAS CHANGED THESE ISSUES SHOULD BE RECONSIDERED.  BECAUSE OF ITS LENGTH YOU MAY WANT TO PERUSE THE CONTENTS BROKEN INTO SUBJECT MATTER.  SOME SUBJECTS MAYBE DIFFICULT TO WATCH, BUT HAS CREATED MEDIA NEWS TO DISCREDIT SOME IMPORTANT ISSUES.
PLEASE LET ME KNOW IF YOU HAVE, IN FACT, ACTUALLY REVIEWED THE VIDEO...........IT IS IMPORTANT FOR ME TO KNOW FOR FUTURE DIALOGUE.
The Fall of the Cabal (1)

Come on. I didn't like Hillary and Trump the same, which makes me CENTRIST, while you voted twice for Obama and once for Trump, and you have boasted you will vote for him this year, which makes you acutely bipolar - please pass that along to Waldo, who seems only radical right.
I have not voted yet and might not vote tomorrow, because I don't like Trump or Biden, although Biden at least talks like he wants to save the planet, which is more important than all the things Turmpdom holds dear, I guess that makes me a Mother Nature Fucker.
Here's a link to the centrist post at my blog today.
Thank you, Red China, your bio weapon stopped America's rich white men's wars for corporate profit, for now, and put America on the brink of civil war
Oink

You gave a hell of a lot of money to Obama... so I would say you got suckered in by him as much as the rest of America! My vote in this State means as much as your vote for The Green Party and Dr. Stein!
Yeah, yeah, Karma, Shmarma, my voting for Obama or Trump and your running for office  was just a waste of time like most of what we do and say! As far as your political persuasion? I would say, you're a contrarian and an anti everything-establishment guy! Like in that song I sent you "Fuck the Fraud"  I am reminded of this Zen teacher,Zusuki that, when asked if Satori was such a transcendental experience how could it be explained with words? He say "You have to say something"  you've been saying something for a long time now!

Yep, I did give a lot of money to Obama, and then I tried to get it back, was told it would be returned, but it wasn't, all after I was told in a dream he had the potential to be the anti-Christ, and I told that on my blog, too, and that I nearly didn't shit for a month after he accepted the Nobel Peace Prize for continuing G.W. Bush's two wars, and a violent poem jumping out of me got my shitter back to working in its old familiar lousy way.
I fucked up, because I knew better than to trust any politician. On the other hand, giving him that money gave me entry into his soul, and I did have dreams of him later, once he came to me and asked if he could do something, and I said, Yes. Don't recall what it was. He was supposed to get America out of Afghanistan and Iraq altogether. But he didn't, nor did Trump. Karma is not sharma, and you are right, in a way, I am contrary due to what I have experienced with angels, which left me looking at just about everything differently.
In fact, I think Trump was right closing off the southern border, but I would have used the U.S. Military. I think he was right wanting to let the coronvirus wash over America, but he really screwed the pooch when he betrayed the cure deliverer, Dr. Zelenko. I thought Trump was right putting tariff's on Red China goods. I thought he was right getting NATO counties to pony up their fair share of co$ts. I also think he is a monster, and he has proved it many times, and he has brought America to brink of civil war, which perhaps needed to happen to get the actual state of the union in plain view. He liberated the right-wing loonies to shriek in public.
What I wonder is just how violent the left wing is willing to be? I recall the 60s, the Black Panthers, the Weathermen.  Pro 2nd Amendment Trump has gotten today's 60s counterparts in America, Antifa, radical Islam, armed to the teeth.

We shall very soon see, batten up the hatchets!

Perhaps Red China should be given the Nobel Peace Prize for stopping humanity's wars, and the NRA great thanks for the new American Civil War.

On this the morning after, we see the polling prophets again are false prophets and should return every cent they were paid for their wild ass bad guesses. I kept telling people throwing polls at me that the polls were dead wrong in 2016 and I will believe the outcome when I see it. I drove to the nearby polling station yesterday afternoon intending to leave if there was a long line, but there was no line at all. I voted for Biden, who at least talks about saving the planet being important, and because I cannot vote for a monster, that would be Trump, and I never heard of the minor party candidates. Maybe Biden and his disturbed son, Hunter, are crooks via Ukraine and Red China lining their pockets, but we all knew in 2016 that Trump was a crook, so the crooks were a push in betting lingo. I won't lay a bet on the final tally, but it won't surprise me if Trump prevails, and it will surprise me if Biden inherits the White House. It won't surprise me if Trump tries to stop the vote counting in undecided states, and if he loses, it won't surprise me if he contests it in the courts and in other ways. Doesn't look like the Democrats won a majority in the Senate, or lost their majority in the House, so passing future legislation will be difficult for which ever of the hopefuls ends up in the White House. Maybe some day the Democrats get their act together, but I won't hold my breath. Looks to me the Republicans  are unified under Lucifer. The Democrats remind me of the tribe that was forever getting lost, gathering in a circle, holding hands and chanting, "Where the fuck are we? Where the fuck are we?" Hell? Calling America "the united states" is fantasy. As is claiming it is under God, or a democracy. In a democracy, Hillary Clinton would have been elected in 2016, after getting several million more U.S. citizen votes than Trump got. My best to Waldo, also.
Oink and out.

You are really getting old! One of these days, you're gonna forget the way back to your hole on the wall!

The Smithsonian was in the habit of letting me out for roams here and there, but I was suppose to come home from time to time, but after a while I forgot where home was, was, was.