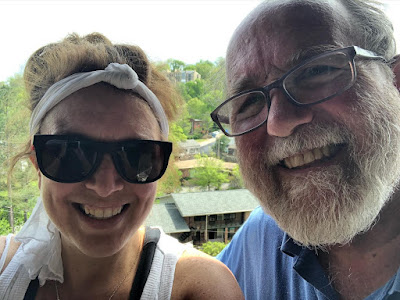 Sloan Elizabeth Bashinsky and her Uncle Sloan
early 2020
I lived in Key West when my brother died in 2010. His daughter, Sloan, started corresponding some with me online. We grew closer during her mother's last illness.
In late August 2017, Hurricane Irma caused me to be a refugee in my first wife's home, in Tuscaloosa, Alabama. Sloan drove from Birmingham to Tuscaloosa, to see Dianne and me. Selfie taken by Sloan that day. 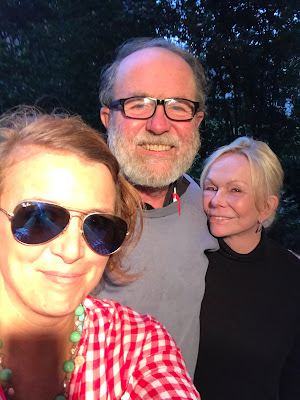 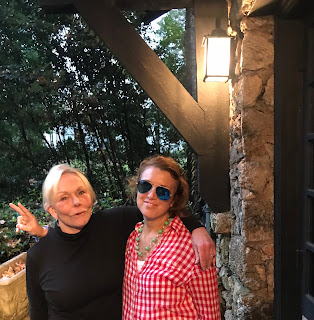 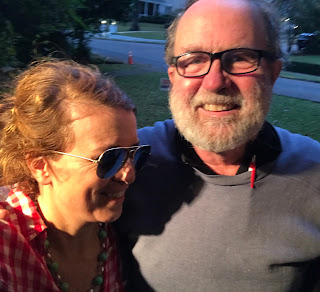 Hurricane Irma heralded my decision in late 2018 to live in Alabama again. Sloan became like a daughter to me, and she said I was like a father to her. 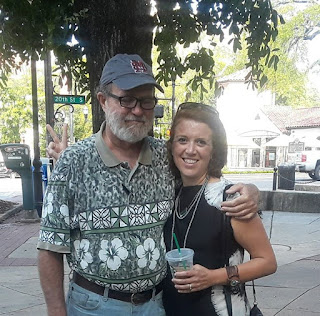 Sloan had endured hard personal struggles, but what a life-loving, fun, often hilarious, unabashedly straight-shooting, wry, beautiful, authentic human being she became.
One of her pastimes was the "SBI. "- Sloan Bureau of Investigation. Detective Snoopy, move over!
I included Sloan in my last will and testament.
Early this year, Sloan learned she had ovarian cancer. A surgeon removed some her female body parts, which she photo-ed and shared with me. She began chemotherapy, was upbeat, positive. My heart was broken, for her. Her life was in mid-course, she had heaps of friends, who loved her dearly, I saw on her Facebook page. I was mad at God. Why Sloan Elizabeth, not me? I'm old, she has so much ahead to live. Give me her cancer, spare her that ordeal.
After the course of chemotherapy, a radiology scan showed the chemotherapy had failed. Sloan's doctors gave her 6 months to a year. She found a new team of doctors, who put her on a different kind of chemotherapy. She remained upbeat. I wished it was me, and not her.
A good friend half my age asked God to take him instead of Sloan. This friend hears often from angels. He told me they said God is taking some people up in the rapture before Christ returns, and Sloan is of them. She will go straight to heaven.
Sloan remained upbeat. I met her best friend and his dog. We had fun. My heart was breaking, I was still mad at God.

I asked my father's estate to give Sloan some of her inheritance due next year, to help her out financially.
About a month ago, Sloan texted me, "I want you to come to this." 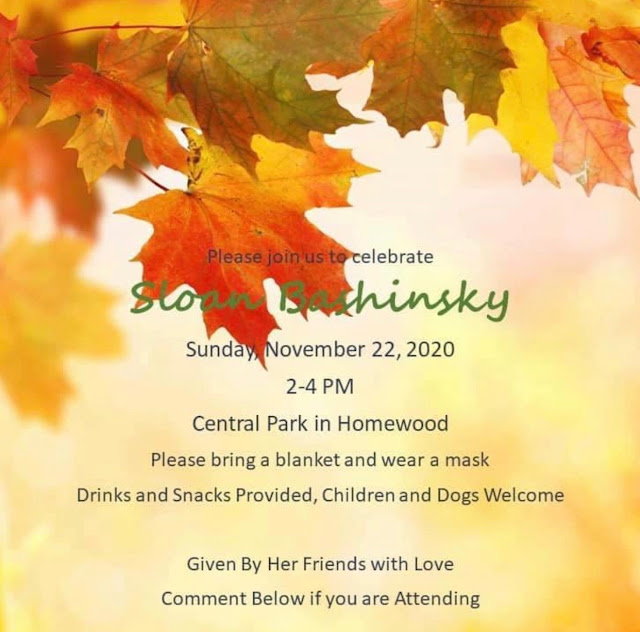 I bumped into Sloan and her best friend, by chance, if you believe in chance. We had a nice visit. My heart was breaking. I was still mad at God.
About 2 weeks ago, Sloan told me that she had stopped chemotherapy, it was too hard on her.
My father's estate agreed to pay Sloan a monthly distribution, and my father's widow made a substantial cash gift to Sloan, for all of which I was truly grateful.
Today, November 22, this from Sloan Elizabeth was in my Facebook notifications:

For people that cannot see the upgrade to my wall, tomorrow’s celebration has been cancelled. I’m severely under the weather and have absolutely terrible pain. If you cannot see this post at this point, we’ve definitely tried.

Again it breaks my heart I won’t be there tomorrow and am truly honored to all of my friends that were coming and had mad all kinds of accommodations. I love you all. Sloan Elizabeth's good friend Ivy has posted this & asked for people to share it. Sloan we love you so much ... You are the bravest best lady I know.

To all of Sloan’s friends planning to come to the celebration tomorrow...Sloan and I (Ivy) have been communicating today and she is not feeling well enough to make the party. I told her that everyone would understand! I know she’d love some encouraging words and prayers from friends. Please comment below if you see this message so we know the word is out, also please share with anyone planning to come that may not see this message. Thank you!!!

Just now got off the phone with Sloan. Had hard time holding myself together. Between crying spells, I told her how terribly sorry I am for her. How mad I am. That I had asked God to take me instead. Sloan said she knew that. I said a friend, who doesn't know her had asked God to take him instead, and angels told him she is going straight to heaven without passing Go. "Duh", Sloan said. We laughed.

I said, "Duh," like when one of my Bashinsky relatives, who was born-again, went to see Sloan's mother on her death bed and asked her if she was saved so she could go to heaven, and Gail said she was sure she was going to heaven, and she told him off and to leave.

"He was such a shit", Sloan said. "He was," I said.
I'm still mad at God and wish it was me instead, but I know where Sloan is going and that makes me glad.