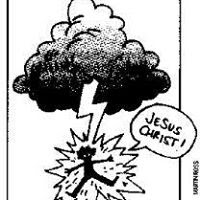 Yesterday brought an email from a fellow rather upset with me for something rough that had been done for him, which he viewed as to him, by someone I know, who was put up to it by an angel, which had done something far rougher to the person I know. This angel does not mince words, does not say pretty please, does not use honey to catch flies. I don't know that I have had personal dealings with this angel, but perhaps I have without knowing it.

Anyway, I had dreams last night, which made zero sense to me during the night, but after waking up this morning, I thought again about the email from yesterday and thought I might try to answer it, and as I did answer it, I thought that was what my dreams were about - my answer. So, here it is.

Lots of people blamed me for my brother’s death, and still do, even though I had not seen or spoken to him in years, knew nothing of his life, lived in Key West nearly 1000 miles from him, and stood to gain and gained nothing from his suicide made to look like murder according to the Birmingham medical examiner and police detective. Within about an hour of learning of my brother being missing, out of the blue came into my thoughts he had killed himself and tried to make it look like murder. About an hour later, a news reporter who called to interview me told me the very same thought had come  into his mind around the time it came into my mind. I knew an angel had given us both the same message, the reporter didn’t seem to understand that. I don’t have the ability or power you assigned to me. I live each day hoping and trying not to cross God and angels of God, because I have experienced the excruciating consequences of crossing them. Far worse than most people can remotely imagine. If humanity lived in my skin, it would think and behave very differently.  Somewhere in the Letter to the Hebrews, it warns against turning away from the chastening of the Lord. Somewhere in the Old Testament is said fear of the Lord is the beginning of wisdom and knowledge of His ways is holiness. Based on your email, you seem to have been given something precious and rare, which you resent? You blame me for it? If I had that kind of clout, I’d want to use it to get really important people’s attention. What do I know? Perhaps you are slated by God to become a witness and/or prophet, and your training is only just beginning? If so, you have my sympathy and  condolences. In any event, perhaps you might wish to try not to cross the angel behind your new predicament.