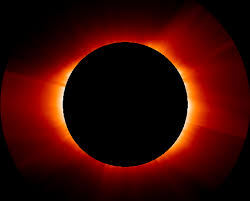 The coronavirus has features that jump out screaming at me. Infected people don’t know they have it and are contagious and infecting others, which makes the rate-of-infection curve exponential. The virus scares the shit out of most people and is a very real death threat to older and/or sickly people. The virus demands universal health care. The virus has wrecked national and international economies and securities markets. The virus has made governments and their citizens choose between people's welfare and their financial welfare and civil liberties. The virus has suspended large public gatherings across the board, except the last report I saw said the very stable genius in the White House had not yet suspended future MAGA rallies.

From all I have read and seen, President Trump is the only government official in the whole wide world who tried to make light of coronavirus. He called concern for the virus a Democrat and liberal media political hoax. Then, he said said his government was on top of the virus and would quickly defeat it, despite his own medical advisers saying America was woefully unprepared to contend with the virus.

Two days ago, a friend and I wondered together if the coronavirus is a bioweapon that somehow got loose and out of control? Even though it looked more likely to us, given how the virus is affecting all of humanity, that it has a non-human origin. Mother Nature designed the virus? Perhaps in in self-defense? Angels designed the virus to give humanity a chance to choose what is most important? We hoped THE POWERS THAT BE would chime in about the virus.

Yesterday, my friend said he was told in his sleep after we talked, that we should not buy into any explanations or theories about the origins of the coronavirus. I said, well then, I take that to mean, regardless of its origin, the virus is a message from God. My friend agreed.

When I told my friend about this below, he said he already had seen it:

President Trump said Friday he doesn't "know anything about" the White House pandemic office his administration disbanded in 2018.

Reporter: Thank you, Mr. President. Yamiche Alcindor from PBS NewsHour. My first question is you said that you don't take responsibility, but you did disband the White House pandemic office, and the officials that were working in that office left this administration abruptly. So what responsibility do you take to that? And the officials that worked in that office said that the White House lost valuable time because that office was disbanded. What do you make of that?"

President Trump: "Well, I just think it's a nasty question, because what we've done is, and Tony [Fauci] has said numerous times, that we've saved thousands of lives because of the quick closing. And when you say me, I didn't do it. We have a group of people. I could perhaps ask Tony about that, because I don't know anything about it. I mean, you say we did that. I don't know anything about it."

Reporter: "You don't know about the reorganization that happened at the National Security Council?"

Trump: "It's the administration, perhaps they do that, let people do, you used to be with a different newspaper than you are now, you know things like that happen."

Reporter: "But this is a reorganization at the National Security Council."

Trump: "Please go ahead. We're doing a great job. Let me tell you, these professionals behind me, these great, incredible doctors and businesses people, the best in the world, and I can say that, whether it's retailers or labs or anything you want to say, these are the best in the world. We're doing a great job. And we are 40 people right now, 40, compare that with other countries that have many, many times that amount, and one of the reasons we have 40 and others have, and again, that number is going up, just so you understand. And the number of cases, which are very small relatively speaking, it's going up. We've done a great job, because we acted quickly, we acted early, and there's nothing we could have done that was better than closing our borders to highly infected areas."

My friend said it looked to him that the coronavirus spells doom for Donald Trump being president. I said it's a mean thing to say, but I think Trump deserves to catch the virus, given how he has responded to it. My friend agreed.

This dead-honest fact check from Trump's top coronavirus adviser showed up in my Yahoo News this morning:

By Maegan Vazquez, CNN
Washington (CNN)Dr. Anthony Fauci has become a rare source of frank honesty from within the White House coronavirus task force in recent weeks, holding firm with an at times overly optimistic President and gently recommending steps forward in the face of crisis.
The director of the National Institute of Allergy and Infectious Diseases -- and a doctor for the National Institutes of Health for more than 50 years -- has even won public praise from President Donald Trump.

Trump went so far as to say Fauci was doing a "tremendous job" and "working long, long hours" during a Rose Garden news conference Friday, just a day after the doctor admitted to members of Congress that the current set of protocols for physicians to request coronavirus tests for their patients "is a failing."

That's a clear contradiction with the President, who has insisted that "testing has been going very smooth."

The veteran doctor also hasn't been afraid to refute Trump to his face.

The dynamic was on full display when Trump was asked last week about a timeline for a novel coronavirus vaccine during a White House meeting opened up to reporters.

"I don't know what the time will be. I've heard very quick numbers, that of months. And I've heard pretty much a year would be an outside number.

So, I think that's not a bad range. But if you're talking about three to four months in a couple of cases, a year in other cases," Trump said.

But Fauci, who was in the room, immediately corrected the President:

"Let me make sure you get the ... information. A vaccine that you make and start testing in a year is not a vaccine that's deployable."

As Fauci explained the timeline, Trump folded his arms.

"So, he's asking the question -- when is it going to be deployable? And that is going to be, at the earliest, a year to a year and a half, no matter how fast you go," Fauci said.

Fauci is no stranger to leading the federal response to national health emergencies.

Since becoming director, he's advised every American president since Ronald Reagan. In 2008, he was awarded the Medal of Freedom.
His time at NIH in the 1980s was heavily focused on the HIV/AIDS crisis.

"I went from happy years of making people better to a period of close to a decade of the dark years in which most of my patients died," Fauci told the Infectious Diseases Society of America in 2011.

With his promotion to NIAID director, he became a public face of the federal response to the AIDS epidemic and, according to an interview with Vanderbilt University, labeled as an "incompetent idiot" and a "murderer" by AIDS activists.

He said when he brought protesters and activists into the fold, encouraging a dialogue with the NIH, their recommendations made "perfect sense."

Fauci has also worked on the federal response to Ebola, the Zika virus and anthrax scares.

In 2001, amid the anthrax scare following 9/11, Fauci's direct communication style was on apparent. As a debate across Washington was taking place about dangerous the anthrax found in Democratic Sen. Tom Daschle's office was, he said, according to The New York Times: "If it walks like a duck and quacks like a duck, then it is a duck.''

"You can call it whatever you want to call it with regard to grade and size or weaponized or not weaponized. The fact is, it is acting like a highly efficient bioterrorist agent," Fauci said.

Fauci seems keenly aware of the role he plays for Trump -- and the overall importance of truth during a public health crisis.

"You should never destroy your own credibility. And you don't want to go to war with a president ... But you got to walk the fine balance of making sure you continue to tell the truth," he told Politico last week.

Trump rarely tolerates officials who admit failure, as Fauci did this week when asked about coronavirus testing on the Hill.

But so far, the Trump administration doesn't appear to be concerned with Fauci countering more optimistic outlooks from President and the task force, which is largely filled with political appointees.

Two task force sources told CNN's Jim Acosta that the White House is not mad at Fauci for being candid, adding that so far, Fauci's honesty has been appreciated.

"So far, so good," another task force official said.

Fauci hasn't been entirely critical of Trump's handling of the coronavirus. Most recently, he said the President's decision to issue travel restrictions on Europe saved lives.

In recent days, some lawmakers have urged the President to let Fauci be the public face of the administration's response to coronavirus. The President has praised Fauci and pointed out the doctor's place on the task force -- but some of the lawmakers hope Trump will go further and just let Fauci do the talking.

The National Institute of Allergy and Infectious Diseases director has been seen so frequently around Washington lately -- speaking to the media, attending daily White House meetings and delivering testimony on Capitol Hill -- that his voice at times has been audibly hoarse.

Earlier this month at a House subcommittee hearing to discuss National Institutes of Health funding, Connecticut Democratic Rep. Rosa DeLauro suggested lemon, honey and "maybe a shot of bourbon" to ease his voice.

"I'm surprised you have a voice left at all. You appear to have been everywhere. You must have like twins or something," Maryland Republican Rep. Andy Harris joked.

But even during calmer times, Fauci seems to work around the clock.

Last October, before the coronavirus took hold in the US, Fauci was working on a plan for a potential flu shot that doesn't have to be taken every year. He shared with CNN that he works six to seven days a week, from early morning until late at night, even when there isn't a crisis.

Fauci has turned down the opportunity to lead the National Institutes of Health more than once, telling Vanderbilt University: "If I took the NIH job, it would take me still one step further removed from what I really felt was the mission of what I wanted to accomplish."