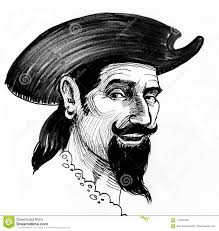 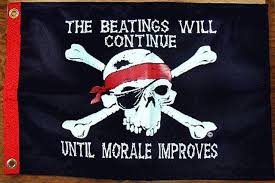 Sneak preview of "op-ed" from Pirate Captain Sam Bellamy, who learned all about "economics" sailing and plundering the high seas in a prior life, and being an applied economics professor in this life:

“A young progressive asked me the other day to donate to Bernie because it was so important. I asked him, are you donating ? Yes he replied. I asked how he was financing it. "I maxed out the cash advance on my credit card. It won't matter if Bernie is elected." I told him I did not contribute to political campaigns, and that as a millionaire possibly if Bernie believed in his rhetoric enough to back it with his AND HIS WIFE's money and assets- then I might feel different. But I'm dead broke so I couldn't back that up anyway.”

The whole 20,000 leagues, followed by my ruminations:

Desperately Seeking(Sense) in the Sanders Platform

Sanders began the year with this:

https://www.youtube.com/watch?v=Fexsxz8nLVw YouTube video I am once again asking for your financial support (Original)

He hit Reddit, a gathering place for mostly people under the age of 35, hard with the ad, got great success with it, especially as his platform appealed strongly to millennial's.

He continued to hit Reddit with similar ads, except it wasn't the FEC holding him back, it was "my big money rivals", "my rich rivals", etc...

The thing is, Sanders has been a career politician and he's a millionaire.

Here is the thing that Sanders young supporters do not realize:

Nothing is free. Someone has to pay for it.

If you take and make a 90% tax rate on the assets of billionaires, billionaires will move their monetary assets offshore even more than they have already, they will sell off any assets that are taxed at 90%, and they will move their place of living to a place where US tax laws will not apply to them.  Where there is a person with patience you can read the tax code and the person will find a way to evade taxes.

Britain tried this... It created the term "Tax Exiles". The Rolling Stones referenced it in an album title: Exile on Main Street.

We realistically have $30 trillion dollars of debt. We cannot honor the debt we have to our baby boomers and older Americans who have financed social security. To me, that was a mandatory payment that Older Americans and those who have paid in, could not dodge. If they wanted to work- they had to pay in. They're owned the money they could not spend or invest, by their government. Yet we're damn near broke as far as paying these things...

I have a PhD in Applied Economics. I would not go to a college and teach for free, so how we gonna do free tuition ? Are construction companies going to say, "Out of the goodness of our hearts we forgive university debt for student housing that we built, and we'll build more free ?"- no I don't think construction companies are going to do that.

Are people going to go through the hell of becoming medical practitioners to receive peanuts or no money at all ? Not any doctor I want touching me.

Even for an abortion, we would to go back to women losing their lives because their MD is not competent because the MD isn't qualified as an obstetrician but as a "state medical worker "?

We have to pay off the wars and all the "foreign aid" we engaged in over the past 20 years too. Note: When I say foreign aid I mean the money we gave(promised) other countries to gain their complicity in our military operations. That's an extra couple trillion minimum- even if we stopped all wars, gutted the military industrial complex, and cut off foreign aid.

Sanders criticized the fundraising efforts of others in the Democratic race. He's now said he's not averse to taking Michael Bloomberg's money.

A young progressive asked me to donate to Bernie because it was so important. I asked him, are you donating? Yes, he replied. I asked how he was financing it. "I maxed out the cash advance on my credit card. It won't matter if Bernie is elected." I told him I did not contribute to political campaigns, and that as a millionaire possibly if Bernie believed in his rhetoric enough to back it with his AND HIS WIFE's money and assets- then I might feel different. But I'm dead broke so I couldn't back that up anyway.

I feel Sanders is going for a split convention such that he is guaranteed a VP spot at minimum or if the DNC decides Biden is non compos mentis - he gets the nomination outright.

But Bernie can't give an honest answer about who's going to pay for free because free doesn't exist- which means he could disillusion another generation of voters so bad, that they cease to participate in our Democratic Republic's Electoral Voter Process.

I guess the question comes down to it though? Can Bernie win?

He's spouted too much rhetoric that turns off too many voters. He makes MAGA's salivate. So many juicy soundbites. "You'll be seeing Beto again."- This was the Beto who didn't just want gun control laws enforced, but he said "Hell yes I'm going to take your AR's..."

No, Bernie can't win against Trump. If he was sure he could get the delegates necessary to be the DNC candidate then he'd have had guts enough so he'd have already gone to AOC or K. Harris and asked for one of those two to be his VP.

The fact he hasn't named a VP and is still in the race says he's jockeying for 2nd place no matter what...

All around politics is a sleazy business but the more I learn about Biden and son, and Bernie's wackiness- I just do not trust either one.

But the reality is I have more than feelings of distrust for the Spray Tan #45- I don't support him at.

So I'm left with the same mess as the last 20 years. I thought Gore could carry on a decent administration, but we got Bush #43.

Since then, I've seen candidates get dumber and dumber, and their platforms more and more unrealistic.

I see both parties put out candidates who serve corporate welfare pigs instead of the citizens they're literally paid to represent- for life. They're paid for life even for one term as a House of Representatives member.

I am reminded of journalist Ron Suskind's quote from an unnamed Bush #43 staffer(it has long been assumed it was Karl Rove speaking on condition of anonymity. It was in 2004 in a NYT Magazine article Suskind wrote, this is the quote:
The aide said that guys like me were 'in what we call the reality-based community,' which he defined as people who 'believe that solutions emerge from your judicious study of discernible reality.' [...] 'That's not the way the world really works anymore,' he continued. 'We're an empire now, and when we act, we create our own reality. And while you're studying that reality—judiciously, as you will—we'll act again, creating other new realities, which you can study too, and that's how things will sort out. We're history's actors...and you, all of you, will be left to just study what we do'

The Pirate Captain Sam Bellamy says this here is one shitty reality...