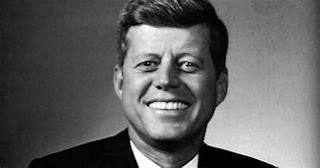 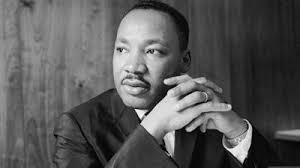 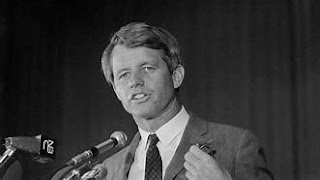 Aftermath of my conversations with a most interesting fellow reported in the two previous shootings off the mouth at this blog;

Sloan, I will check out your work. Your commentary and views make me wonder if we weren't separated at birth. A bit tied up this day, but will be back to give feedback.

Sloan Bashinsky Jan 29
Hilarious. Should I pray for you? No rush on getting back to me. Used your and my musings in my blog posts yesterday (Not belonging to a political party, rhymes with religion, cult, etc., is liberating 😎) and today (When you start a new country with an evil such as human slavery driving much of its economy, there is going to be karma playing out around that for quite a while, if not longer).

By the way, I have developed the view, which the angels on my case seem to favor, that JFK, MLK and RFK were killed because they opposed a war in Vietnam. Look today at the furor from the right over President Biden pulling America out of the Afghanistan war, even though he simply was doing what President Trump had said he was going to do. There was no way to get out of Afghanistan cleanly, even as there was no way to get out of the Vietnam war cleanly.

Sloan Bashinsky Jan 30
That last comment was on my mind when I turned in around midnight and again on my mind when I woke about 6 a.m. today. So, I wrote up my view of the assassinations of JFK, MLK and RFK. Then I got my wish: to go back to sleep, as I was thinking of two times I had jolting revelations about the Vietnam war. In my sleep, a man, whose voice I did not recognize, asked me, "Can you continue?" I woke up, thought about the two jolting revelations, thought the voice might be yours, and fell back asleep again, and dreamed about something else going on in my life. I get lots of information and direction and correction in dreams.

(1) In mid-1988, my father invited me to attended a Downtown Birmingham Rotary Club luncheon with him. This was a top shelf club, its members prominent or children of prominent members. The guest speaker was the CEO (or President or Executive Director) of the National Geographic. His topic was "Getting to Know Our Neighbors." He said the Geographic had come to think many conflicts between nations were caused, at least in part, by people not knowing much about people in other countries. He said a study had revealed that 95 percent of American high school and college students could not locate Vietnam on a map.

After the speaker finished his talk, he invited questions, The first question was, "Did the Geographic have a position on the Vietnam war?" The speaker said the Geographic had correspondents in Saigon, where there was a huge street demonstration of people carrying posters begging America to save them. The posters were in English . That demonstration was seen all over America television news. It swung American sentiment from against to for American military intervention in South Vietnam.

The speaker said the Geographic's correspondents spoke Vietnamese and French and they interviewed many of the demonstrators, who said they had been paid money by the Saigon government to demonstrate and carry the posters They did not speak English and did not know what was on the posters or why they were demonstrating. The speaker said the Geographic did some digging and learned the money for the demonstration had been paid by American corporations and the U.S. Government.

You could have heard a pin drop in the Rotary Club. Many of the older members, including my father, were WW II combat veterans. My father look like he was going to throw up. He had never liked the Vietnam war. He said nothing about it the, nor during the drive back to where he had picked me up to go to the luncheon with him. He never spoke of it later.

(2) In the spring of 2005, I joined a "Seekers" group, who met weekly in a Unitarian Church in Key West. The church minister, who just happened to be from Tuscaloosa, Alabama, attended each meeting. There were about ten of us. We talked about on and of-off beat topics.

One day, a fellow maybe 10 years my senior, said he had worked for the CIA and was stationed with a CIA team in South Vietnam when the French were trying to retake Vietnam and regain access to its rubber trees and other national recourses. Although publicly the American government was backing France, his team's mission was to help Ho Chi Minh beat the French, so America could have access to Vietnam's rubber trees and other natural resources. He said that Ho wanted to do business with America, but in the end America wanted too much. Not caring at all for Communist China, Ho sought the Soviet Union's help.

I sat in my chair waiting on a response from the other group members. No one said anything. I asked, "Did you hear what he just said?" There was no response. It was like being among the walking dead. Seekers? That older man and I became somewhat friends. He received copies of my shootings off of my mouth. We bumped into each other every now and then in Key West. Sometimes I retold that on my blog. Last year, a Key west reader of the blog told me he knew the same man, who had told him the same story with a lot more details.

Not to mention the false flag Gulf of Tonkin resolution in the U.S. Congress, which put all of the above skullduggery into full play and led to America eventually being split about down the middle until Evil Republican Monster Richard Nixon got elected President and got America out of the Evil Democrat Monster President Lyndon Johnson's rich white man$ Vietnam war, about like Evil Commie Lover Democrat Joe Biden much later got America out of Evil Republican Monsters George W. Bush and Richard Cheney's rich white man$ Afghanistan war, for which Biden had voted in favor when he was in the U.S. Congress.

I read in my Apple newsfeed this morning articles about President Biden saying he will not send American troops into Ukraine if Russia invades that country. I do truly hope Biden sticks to his position. There also is news talk of very heavy economic sanctions, which would wreak havoc inside of Russia and perhaps backfire on Biden politically, upheave the stock markets, and get massive cyber counter attacks from Russia and Russia stops sending Western Europe natural gas and oil, and world oil prices will skyrocket. Perhaps instead, Biden just freezes the bank and securities accounts (Magnitsky Act) of all Russian nationals in America and deports them back to Mother Russia post haste. The other Mafias in America would love that!
Meanwhile, will President Biden ever get American troops out of Iraq?