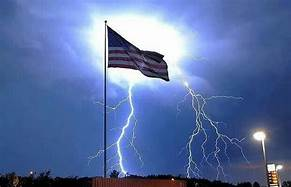 After I posted this below into an online spirituality forum, it was taken down by the moderation board and I asked the board, why?

I wonder how long it will take Donald Trump to look in a mirror and get down on his knees and tell God January 6, 2021 was a really bad idea, and beg for forgiveness?

Of course, God is interested in the repentance, and humans are wanting the forgiveness, which is an illusion, according to A Course in Miracles, as God never stops loving, but does allow people, angels, etc. to go to hell, if that is what they want to do. The return to God for such souls, and for anyone, entails long hard looks in the mirror, which is an essential part of soul alchemy/spiritual evolution.

Moderation Board
Sorry, this post has been removed by the moderators
Moderators remove posts from feeds for a variety of reasons, including keeping communities safe, civil, and true to their purpose.

Moderation Board
Hey , man, thanks for contributing. Unfortunately, your post was removed as it violates our rules:
We reserve the right to remove posts that serve no purpose to spiritual development. Such as conspiracy theories, "anyone felt that?" generic posts, encouraging bad behavior, etc.
Please read the sidebar before posting again. If you have questions or concerns, please message the moderators through modmail. Thank you!

Moderation Board
It was removed due to being off topic. While I personally agree with your post it was bound to become a political mess.

Me
Thanks for explanation. I would have steered every comment toward spirituality. A friend reported a dream he had earlier today, in which he was told by an angel (he has many dreams in which angels with Bible names tell him stuff, and he is not religious), when everything cones out about Trump, America will wish Mar-a-Lago had been bulldozed and the earth salted. Understand, my friend is not a Democrat, he has a low opinion of that side of the spectrum, too, but it does not remind of Germany in the 1930s, which what Trump is promoting does. A fellow named Dietrich Bonhoeffer, who wrote THE COST OF DISCIPLESHIP, which speaks plenty about "cheap salvation", and who said, “Silence in the face of evil is itself evil: God will not hold us guiltless,” was put in a concentration camp, where he died, after he was part of an attempted coup against Adolf Hitler. I suspect you well know spirituality is not confined to mediating, positive thinking etc. :-)

B
Never. Most, if not all, of the most barbaric monsters leading people were a 1000% convinced they were doing Gods work, and following Him, and that nothing they did was wrong.
Someone who is convinced they can do no wrong, will never ask for forgiveness.

Me
Perhaps not in this lifetime, but the thereafter is a very long, long time :-).

D
He is just another one of us doing what he does best.
It depends on how you believe but I do believe in a creator, a spirit, God if you will. I believe this great consciousness loves us all and doesn’t destroy anything.
The soul continues, and the soul is not blamed for what the brain did.

Me
You are correct that God loves us all and we continue, but what we do with our lives, which God allows us to have, effects how it goes for us after we leave this life. That is our call, not God's, who loves us no matter what, but we can learn and grow, or stay the same, or go backwards.

K
You think he's the bad guy because you're getting your (mis)information from corrupted mainstream media channels. Please do your research into the matter and you'll eventually figure out that it's actually the opposite in this case.
I admit I at first didn't understand all that was going on in regards to him and only saw negative coverage. Then I started delving into it more and came to understand what was actually going on. Basically the bad guys, who own the mainstream media channels, push out consistently negative falsehoods because he's against what they're doing. I.E., the bad guys want to make the actual good guys look like bad guys so you're end up rooting for the wrong people.
If you're wondering how to gather intel, be it on this subject or any other, there are 3 important points. You gather the same information, from multiple, unconnected sources. If you do this, which won't happen overnight, then you'll be able to put the puzzle pieces together correctly and formulate the actual truth.

Me
I watched lots of raw film footage with audio of Donald Trump and read reports with lots of direct quotes out of his own mouth, and lots of things said by people who actually knew him, including relatives. The Spirit World saw and heard all of that, too. It is what it is, regardless of how human beings feel or think or spin it. I think any person who ignored what happened on January 6, or who tries to rewrite it into something else, will end up before the same January 6, 2021 Karma Board Donald Trump ends up before. As the German theologian Dietrich Bonhoeffer wrote, before he was put in a concentration camp for joining a failed coup attempt to overthrow Adolph Hitler, "Silence in the face of evil is evil itself; God will not hold us guiltless."

G
Just listening to the words that come out of his mouth show you exactly who he is. He has always shown all of us exactly what he is.

Me
Trump showed  very plainly who and what he is, by his words and actions, and the Spirit World watched, as it watches each and every one of us.

C
He is a bad person. It isn’t hard to understand dude.

Looks to me that Trump always had a low moral code, but when he ran for president in 2016, he was enhanced by a powerful demonic entity, perhaps the same one that enhanced Adolph Hitler and then his top aides, and then infiltrated the German masses.

R
🤔
Trump was a total piece of shit. The only thing he was good at was getting things done. Too bad those things were mostly equally shit.

Me
Trump did get some things done. He got NATO to pay more of its fair share. He reeled back NAFTA and its Asian counterpart and reversed a bad mistake made by earlier administrations. He did not get America out of Afghanistan and Iraq. Covid-19 unhinged him, because it was not something he could control at all. He was told by American intelligence agencies it was a bioweapon, but he kept that from the American public. In early 2021, a New York State family practitioner, Vladimir Zelenko, developed a cheap, fast, early stage infection cure and gave it to Trump, who gave it to Sean Hannity, who interviewed Zelenko on his FOX show. The left, the mainstream media, and the medical-industrial complex (Fauci, FDA, CDC, NIH, WHO, Big Pharma) went haywire, burned Trump and Dr. Zelenko at the stake. Trump caved, went for Operation Warp Speed. Had Trump made the cure freely available in America, there would have been no shut down, life would have continued as if there were no pandemic. The rest of the world would have followed suit. Trump would have been a hero despite he having no moral compass, and he would have been reelected in 2016. The cure was 200 mg hydroxychloroquine twice a day, 220 mg zinc sulfate a day, and 500 mg azithromycin once a day. HCQ transported zinc into body cells, where zinc inhibited coronavirus replication. Az defeated any secondary infections, 5 days of that cocktail defeated Covid-19, if it was taken as soon as symptoms appeared. No hospitalization, no ventilator, no dying from or being maimed by the bioweapon.

Me
We cannot know how long it will take for Trump to face himself in this lifetime or whenever, but he will be given many chances, because that's how God works.

Me
It's not our call, karma has its own protocol.

W
Balance; people like him exist so people with high vibration also exist

Me
the Devil exists so God also exists? :-)

O
Why does it matter?

Me
Good question, but did you open the post and read the short answer?

Meanwhile, Trump is a proxy America, which puts in God we trust on its money and claims to be one nation under God. When a nation does that, it invites God to test it and its citizens in ways other nations are not tested. The nation's president goes first?