false prophets and other trickyness 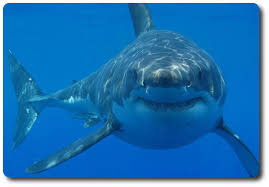 An old member of the Florida Keys Resistance sent me this below yesterday. I leave for you to open and read the cheeky rant about what President Trump and the Republicans are going to do to the Democrats leading into the 2020 elections:

Trump recently was reported signing his name in Bibles, the latter part of which contains many reports of an alleged socialist of cosmic proportions, who said such things as, it's more blessed to give than to receive; if you wish to be perfect, sell all of your possessions and give the money to the poor, then come follow  him; if a man asks for your shirt, offer him also your coat. Same alleged socialist had a temper tantrum over merchants selling their wares in a temple, and said you cannot worship God and mammon. Said same alleged socialist lived off the kindness of others and himself had no place to lay down his head. He was, yep, homeless.

The old member of the Resistance reacted:

Signing his name in bibles? Horrifying . Like a curse on their religion. Has he ever been to church recently? He's more like the Antichrist.

Don't know about that. The Anti-Christ looks like the Christ, but is something else entirely. Well, perhaps to the MAGAs and other Republicans, Trump looks like the Christ. Barack Obama looked like the Christ to many Democrats. After he beat out Hillary Clinton in 2008 for the Democratic nomination, I was told in my sleep that he had the potential to be the Anti-Christ. I saw that play out when he accepted the Nobel Peace Prize, while continuing G.W. Bush's two rich white men's military industrial complex wars for corporate profit. Many people thought Hillary was the Christ in 2016. I imagine the Devil likes them both.

The old member of the Resistance replied:

Me to the old member of the Resistance:

The gal who put up that Facebook promo for people who have never been to Key West, which was featured in yesterday's post at my fool's errand blog, got really upset with me for what I commented into her post. It ain't just the Trumpeter and folks in Congress on both sides of the aisle, and their spokespersons, who are false prophets,

Sloan Bashinsky Regarding the above,
A dream before dawn today had me pondering getting involved in something undefined going on in Key West and I told people in the dream I wanted to stay out of it. But on waking and finding myself tagged with this FB post, by a distant cousin in Kentucky, at the top of my Facebook timeline, I simply could not resist.
https://afoolsworkneverends.blogspot.com/.../for-people...

anomalousinvestigations@gmail.com
Posted by Sloan at 10:09 AM