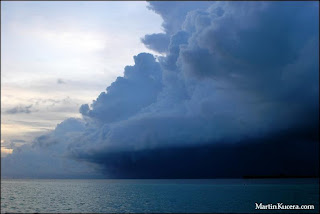 I was told this morning on the telephone by Key West homeless woman Kari Dangler, that she went to Lower Keys Medical Center (LKMC) Emergency Center Emergency Room (ER) yesterday, complaining of several days of throwing up water. She said she had been unable to eat food during that time. She was admitted and examined by an ER doctor, and was given morphine and was sent away.

Kari and I speak daily on the telephone.

She told me yesterday, that she had spoken with her mother on the telephone, and was told this is not a good time to come home to live with her parents on the mainland. Kari has no place else to go and not be homeless.

Kari is a long-time vodka addict. She told me today that she had not drunk vodka for about 5 days, and before that her vodka intake was minimal, because it did not agree with her after two earlier recent hospitalizations at LKMC, for gastroenteritis, urinary tract infection, pneumonia and blood in her urine. You can read more about that, and about her first two unconscionable discharges by LKMC, in the copy of the email below my sign off to this email.

Since shortly after the first of the three unconscionable discharges, Kari has sounded clear-headed when we talked on the phone. She sounded clear-headed this morning. She said she does not think she is in the DTs, which she has experienced by going into private rehab seven times, and by being put into the Sheriff's jail on Stock Island maybe half dozen times and being detoxed by the jail infirmary.

It is my understanding from what I have heard on US 1 Radio, and have read in the Key West Citizen, Florida Keys News and Key West the Newspaper, and from having talked at length with the latter newspaper's publishers, Arnaud and Naja Girard, in whose home I was renting an efficiency apartment in Key West, that Lower Keys Medical Center has a contract with the City of Key West to provide medical care to indigent residents.

It is my understanding of the law, that hospitals have a legal duty to property treat and care for patients they admit.

It is my understanding of the Hippocratic Oath, that physicians have a professional and moral duty to do all they can to help and to not harm their patients.

It is my understanding from many years of observation, that Key West's official "One Human Family" philosophy is selectively enforced.

It is my understanding of journalism, that journalists have a professional duty to report the news regardless of their personal sentiments.

While I know it is not the view of any recipients of this email, Kari Dangler is a seer. I have personal knowledge of her predictions. One was, a few days before Hurricane Irma would arrive, she told me she had seen two giant hands and arms come down from the sky and nudge Irma slightly eastward.

Kari told me that, since she was a young woman, she had predictive visions and dreams.

Kari being trapped in Key West was why Angels of the Lord nudged Hurricane Irma slightly eastward, which spared Key West the catastrophic direct hit the more easterly keys up US 1 received.

I tell you that about Kari, to round out my suggestion that all of you would do well in the karma arena, to also read the copy of the email below, and then do all you can to help rectify what LKMC and KOTS have done to Kari Dangler and, I can only imagine, to other homeless people.

The REDACTED second topic in the copy of the email below was about a different topic.