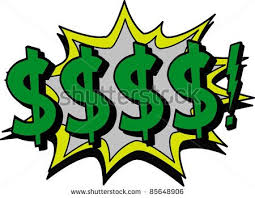 On Anderson Cooper (CNN) last night, there was a bit about the 40 miles of Russian troops headed to Ukraine's Capital Kyiv.

For a long time now, I have wondered why many educated journalists, news outlets and even politicians refer to the seat of a nation's government as its capital, when the correct word is capitol. I could not help but think the reason for the switch from capitol to capital is because what America and most nations worship is capital - dollars, rubles, euros, yen, pesos, etc.

The root of all evil, to borrow from my mother.

The other day I published here a Putin romp from ESQUIRE, by Charles Martin, which should be read by every Russian and, ahem, every American. Here's the core of the romp, which perhaps explains why Donald Trump seems a bit infatuated with (rhymes with envious of) Vladimir Putin.

Putin Is a Thief Among Thieves

Ever since the Russian military began its extended imperial sojourn into Ukraine this week, the American press has been doing some long-distance spelunking through the mind of Vladimir Putin. Is he trying to establish a facsimile of the Soviet Union? Is he drunk on the illusion that he is divinely called to empire, the way the Tsars used to be? Is he just an international thug on a land-grabbing crime spree? Is he on some kind of kamikaze mission to take western democracy down with him?
I suspect it’s all in there somewhere, amid a dozen other dark motives nobody’s thought of yet. But there is one thing that should not get lost in all the noisy speculation. Putin in a king thief. Moreover, he is a thief among thieves. Almost everyone who got wildly rich after the USSR came apart is at least half-a-thief. Putin is more than that.
In January of 2021, supporters of jailed Russian activist Alexander Navalny released a video Navalny had filmed describing a massive and opulent palace that Putin had built along the Black Sea. According to the video, the palace is 39 times the size of Monaco. From the BBC:
The report claims the property in the resort town of Gelendzhik was constructed using illicit funds provided by members of Mr Putin's inner circle, including oil chiefs and billionaires. "[They] built a palace for their boss with this money," Mr Navalny says in the video. It alleges that Russia's Federal Security Service (FSB) owns some 27 sq miles (70 sq km) of land surrounding the private residence.
The report describes various details of the property, and claims it features a casino, an underground ice hockey complex and a vineyard. "It has impregnable fences, its own port, its own security, a church, its own permit system, a no-fly zone, and even its own border checkpoint," Mr Navalny says in the video. "It is a separate state within Russia," he adds. "And in this state there is a single, irreplaceable tsar. Putin.
Putin’s government, of course, denied all this, and Navalny is still in jail. But clearly, Putin is particularly tender on the subject of his personal wealth, how he got it, and what he’s been doing with it. In 2014, Karen Dewisha, a professor at the University of Miami in Ohio, published a book about how the kleptocracy produced Putin, and how he has come to dominate it because of the political position into which the kleptocracy propelled him. She traced the roots of his wealth back to the end of his time with the KGB, which grabbed every ruble it could as the USSR was coming apart. In an interview with NPR, Dewisha explained what happened next.
Putin has created a system where he nationalizes the risk and privatizes the reward. So when we think about the Sochi Olympics, for example, it's well-known that they cost about $50 billion and most of those contracts were awarded as no-bid contracts to people close to him. And billions were made by them. Another example would be the collaboration of Putin's closest circle in the establishment and funding of Bank Rossyia, a bank that has emerged as one of Russia's top 10 banks that receives a lot of government state budgeting, but it's a private bank. So here you have a case where the money to fund comes from the state and the profit goes to friends of the current president.
Estimates are that Putin now has a net worth of somewhere in the vicinity of $200 billion, almost none of which he’s actually earned. The number first originated with Bill Browder, an American fund manager who’s been a harsh critic of the Putin regime ever since his tax attorney, Sergei Magnitsky, died in custody in Russia. However, since Putin touched off the Ukraine crisis, according to Bloomberg, many Russian billionaires have taken big hits. Did the kleptocracy create Putin, or was he its natural protector? What is certain is that he considers any attempt on his fortune to be the equivalent of a military attack. It’s about the money because, in this world, it’s always about the money.
It's all about the money, because the money isn't just money.
In April 2016, Reuters ran a story in which Putin threw a nutty. Not long before, the so-called Panama Papers exploded into the news in a massive torrent of financial documents that demonstrated in gruesome detail the many ways in which the world’s plutocratic elite dodged taxes, laundered pilfered millions, and otherwise concealed a huge portion of the world’s economy. Prime among these usual suspects were a number of Russian plutocrats with ties to Putin. From the initial report by the International Consortium of Investigative Journalists:
The records show Roldugin is a behind-the-scenes player in a clandestine network operated by Putin associates that has shuffled at least $2 billion through banks and offshore companies, an investigation by the International Consortium of Investigative Journalists, German daily Süddeutsche Zeitung and other media partners has found. In the documents, Roldugin is listed as the owner of offshore companies that have obtained payments from other companies worth tens of millions of dollars. A company linked to the cellist also grabbed secret influence over Russia’s largest truck maker, another snagged a big slice of Russia’s TV advertising industry.
It’s possible Roldugin, who has publicly claimed not to be a businessman, is not the true beneficiary of these riches. Instead, the evidence in the files suggests Roldugin is acting as a front man for a network of Putin loyalists – and perhaps for Putin himself.
Roldugin, it should be noted, is a cellist. He is perhaps the world’s richest cellist. He is also one of Putin’s childhood friends.

PUTIN'S SECRET PALACE DOCUMENTARY
https://www.youtube.com/watch?v=JRytYURnzDM
479 leaked photos purporting to show Putin's secret palace, with an ice rink and pole-dancing room, published by Navalny foundation
Running parallel this morning, an amiga who read yesterday's  President Donald Trump warned Western Europe of the peril of buying energy from Russia at this blog asked me if I thought the invasion of Ukraine would have happened if Trump had been president? I said I could not say, perhaps, but I had seen Trump cave before.

I did not think to say Trump has seemed rather fond and envious of Putin.

My amiga asked if I thought Ukraine could hold out? I said I didn't see anyway to stop the Russian troops. They have much experience capturing cities. They have terrible weapons for inner city warfare, including a bomb that sucks oxygen out of the air and the enemy's lungs out of the body.

My amiga said she didn't think what's going on in Ukraine is any of our business. I said that was my view of Russia invading Georgia when George W. Bush was president and Ukraine when Barack Obama was president. America doesn't need another Vietnam, Afghanistan and Iraq war...

However, people who wish to remain in good standing with God do not do business with people who are doing evil, and I am all for sanctioning Russia (thus Putin) and locking Russia out of the international financial community, and throwing out all Russian nationals after freezing their assets. Let them go home and raise hell with Putin.