an inverted shaman sees just about everything very differently 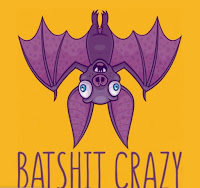 When I lived on Little Torch Key some years ago, a German lady friend living in Key West for a very long time went to Peru with her American husband. I was writing then on my blog about people saying I was batshit crazy and sometimes I felt batshit crazy. My friend emailed from Peru that in South America the bat shaman sees in the dark and is the most revered of all shamans.

This morning, a American lady friend in another state called to report a dream last night, in which there was a Burger King and three black men in front of it were looking at her. She is an empath and feels things when I ask her about this or that. So, I asked her if the dream was about me? No, she said.

I said Burger King is a huge American fast food chain. A steady diet of Burger King food causes people to be fat, have heart attacks, strokes and other medical problems. Is the dream about the fast food American politicians feed Americans? Yes, she said. Is the dream about the divide between American blacks and whites, which American politicians have caused? Yes, she said.

I did not tell my neighbor that that wife had told new friends that I was "the mail man"; that I could see around corners and through buildings, and she didn't know how I did it, nor did I know. One day something happened, and I could do it.

My neighbor said that she and her husband were in the countryside one night and saw a wedge-shaped air ship hovering stationary above them, which then instantly vanished. They knew it was not a human aircraft.

I said I am no longer am of this world, but am required to live here and experience it until I cross over.

I said Angels made me into an inverted shaman. Instead of going into other realms and tinkering with this or that to fix something on this world, like regular shamans do, I engage the problem on this world, absorb it, feel it, process it inside of me, which can be really unpleasant. When I finally see what I call the strike point, the core of the problem, its fulcrum, I speak directly to it.

If I am trying to help a person with something, I listen to what they tell me and when I see their strike point and tell them what it is and and if they go for it, it will be like twanging a spider web and the entire web is affected and they will change.

My neighbor said, like she needs to move back to where she lived before and was much happier? Yes, I said.

I said there is a very old method of soul evolution, which was reiterated in A COURSE IN MIRACLES, which is do not react to what punches our buttons. Simply sit with the discomfort after our buttons are punched. Keep doing that, and we change.

In the Gospels, Jesus made various suggestions for how to respond in new ways to what punches our buttons.

Meanwhile, I read in my Apple newsfeed yesterday that Senate Republican leader Mitch McConnell had persuaded Congressional Democrats and President Joe Biden to double the financial aid to Ukraine. Before the invasion, Congressional Republicans had wanted President Biden to impose brutal sanctions on Russia, to try to prevent the invasion. Instead, Biden had prayed and sent diplomats to talk to Putin.

When someone asked me recently for my take on Ukraine, I said I'm glad I don't live there.

I didn't see any happy ending. It seemed out of any shaman's hands. Out of A COURSE IN MIRACLES' hands. Out of God's hands. The invasion is the work of the Devil, which cared less for President Biden's prayers and attempts for diplomatic solution.

I bet President John Wick would have given Ukraine thousands of anti-aircraft and anti-tank missiles and tens of thousands of automatic rifles with lots of armor-piercing bullets, before the invasion began.

I bet President John Rambo would have blown up Russia's oil and gas pipelines just across the border in countries adjacent to Russia, after the invasion began.

Ex-President Donald Trump called Vladimir Putin a genius. When recently asked how he thought the Ukraine conflict would end, he went on a rant against windmills.

I caught myself thinking yesterday that something like Ukraine might happen to the American left, if Donald Trump becomes president again.

I got that notion from listening to and reading about Donald Trump and lots of his followers on FOX, CNN, Facebook and Twitter. Clearly, Trump and his legions think blacks stole the 2020 election from him.