What's going on in Ukraine, Donald Trump wants to happen to the American left 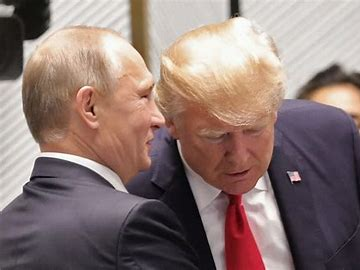 I said, if people pay attention to what Trump says, they see his speech is filled with hate for the American left and people who don't bow down and worship him. He wishes they were all dead. He has lots of followers who wish the same. What's going on in Ukraine, they and Trump want to happen to the American left.

My friend said lots of Republicans make up excuses for Trump's hate speech - he really didn't mean it. I said the Trump apologists know exactly what Trump is saying and means and they agree with it, or they would call him out. Saying he didn't mean it is a false flag diversion to keep the heat off themselves. My friend agreed.

I said I recently started watching Prime movies and serials, which is part of the Spectrum TV package I use. I just finished watching the first "Reacher" series.

A giant kick-ass former U.S. Military special investigator in Lee Child novels, Jack Reacher hobos around America, picking up his retirement payments at Western Union offices. He gets into all sorts of bizarre scrapes, and figures them out, and takes no prisoners, and sometimes good people die, then he leaves until the next adventure finds him.

I said I'm now watching a "Jack Ryan" serial, which is based on Tom Clancy CIA novels about the main character, Jack Ryan.

My friend said nothing.

I said I'm trying to make a point without getting locked up and the key thrown away.

How would it have gone in Germany, if somebody had shot Adolph Hitler before he mesmerized and took over Germany?

How would if have gone in Russia, if someone had shot Putin before he made himself Czar?

The CIA and he US Military run black ops all the time. Maybe some American general will decide what happened in Germany and Russia cannot be allowed to happen in America?

Meanwhile, the American left are dreaming if they don't see Trump and his legions want to do the left what Putin is doing to Ukraine.