the unicorn and the lawyer

After THE HIGH LEGAL ROAD: A New Approach to Legal Problems was self-published in early September 1990, I hired a New Age publicist to try to get the book some attention. She introduced me to Gloria Riser, who published a monthly printed newsletter, Intuitive Explorations. Gloria told her readers about the book and I started contributing articles and comments to her newsletter. Gloria and I became friends and we kept in touch over the years. She posted on her Facebook timeline yesterday:

The Yin and the Yang of the Law...

Way back before the internet became a thing, some of my (now) Facebook friends were involved in publishing hard copy newsletters. Others were subscribers and contributors to various newsletters. During part of the 80's and all of the 90's, I published three newsletters: "Intuitive Explorations," "Tarot News," and "Somnial Times" (Somnial Times, being a zine all about dreams, dreaming, and related states). Catherine Groves published and still publishes "Christian*New Age Quarterly" (remind me to resubscribe). Another friend published "Total Eclipse," and there were others.
Sloan Bashinsky was a frequent contributor to "Intuitive Explorations." He was a former Alabama practicing attorney and published author of three legal consumer books, when he had a vision in 1987 that he would write a book about practicing law in a new way - which was to recognize legal conflict contains serious spiritual messages/lessons that are missed if the traditional external approach is used. He wrote a book about that, published in 1990: THE HIGH LEGAL ROAD: A New Approach to Legal Problems.
Sloan is writing a new book, THE YIN AND THE YANG OF THE LAW, which is being published as it is written, a free read, at yinandyangoflaw.blogspot.com. The blog is part memoir, tales of a boy growing up and becoming a man during the 1940's - 1960's, in "Sweet Home Alabama." Becoming a Lawyer. Becoming a writer. Becoming a Mystic, and, oh Lord! A Unicorn.. Where he's been and where he may or may not be going next with his life and his life's work. The stories he tells are ... memorable.
Sloan has long relied on his dreams to steer him, and his and my and other people's dreams foretold he would begin this new book, and he would reactivate his law license in Alabama and be a lawyer again, but probably not much like when he practiced law there before.
https://yinandyangoflaw.blogspot.com/ 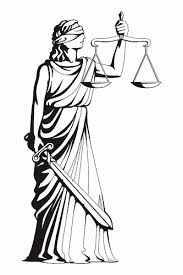 YINANDYANGOFLAW.BLOGSPOT.COMthe Yin and the Yang of the Law
After writing the previous chapter, "The Law Is a Jealous Mistress", I thought perhaps I might go back to the end of the Introduction, “My Mamma Knew I Would be a Lawyer”, and tell a bit about what happened after my artist wife and I moved to Santa Fe, New Mexico, where there was lots of interest...
Sloan Bashinsky
Something must have grabbed ahold of Gloria.

Gloria Reiser
Eeeegads! While talking with Sloan just now, the King of Rods from a tarot deck just jumped off of my desk and onto the floor. The King of Rods (when a person) represents a man who has achieved his goals and dreams through long hard effort. Oh, but, Sloan was born with a silver spoon in his mouth. Don't assume a silver spoon is the best thing to wish for.
Three days later:
Sloan Bashinsky
Gloria Reiser I called the Alabama State Bar yesterday was told that just the day before they had made it official that I am licensed to practice law in Alabama, again. I asked about annual Continuing Legal Education (CLE) requirements, and was told, since I'm over 65, I'm exempt. It's been 22 years since I had an active law license in Alabama. 23 years since I did any CLE. A little birdie told me yesterday that Alabama is a great place for people to get licensed to practice ;-) law .
Another little birdie told me this morning that she dreamed last night of seeing me speaking to a whole lot of rabbits, whose ears pointed toward me. I told her the rabbit is a universal female symbol. She, another woman and you, Gloria, had dreams, as did I, that I would start writing a new book about the law, and it would be from the introspective - feminine(yin) approach to balance out the traditionally external male(yang) approach.