How much good do ya figure online political jerking off does? 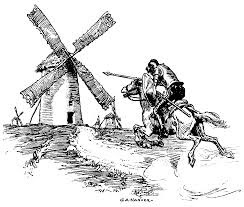 More political jerking off with dyed-in-the-blue-wool 'Ol Floriduh Cracker begun in random musings of a tiny southern kingdom trust fund baby black sheep about ATLAS SHRUGGED, the alt right, left and middle, and golf in God's kingdom at this blog:

John Birch was a billionaire?

You connected with me in comments under American Historian Heather Cox Richardson's very blue Democrat LETTERS FROM AN AMERICAN on Substack. Heather is the highest dollar earner on Substack - well over $1,000,000 per year. When I pointed that out in a comment under one of her letters, some of her devoted followers let me know I was out of line. Heh, me, who belongs to no political party, views all political parties as cults.
As you well know, America is in very deep doo doo. Alas, I cannot blame it all on the alt right, to which I definitely do not belong, and they would not invite me to play golf with them more than once, I don't imagine. Nor do I get invited to Democrat social gatherings more than once 😎.
I personally think it will take an Act of God to wake up the American right, left and middle, and since that has not happened lately, nor more distantly, I suppose I should not be holding my breath.

Ol’ Flawriduh Cracker
Couple things in response; In trying to compress this very long series of events over 70 years I often end up conflating things.
What I was referencing w/ “Billionaires and the JBS” is the tie between Fred Koch who was a founding member. It comes as no surprise to anyone that his spawn (Charles, Fred and David aka the “Koch Bros.) would end up internalizing and fomenting Facist inspired JBS doctrine, that in turn evolved into the dogma of today’s Republican party.
It is almost impossible to remove the success of the Fascist Far Right without recognizing the long and dedicated effort and billions in resources of the Kochs.
Ref: Ayn Rand. I’ll simply shrug and say that while she holds intellectual sway to this day over disgusting fascists, in providing absolution for being a greed obsessed scum. Like the Kochs she too is a component of the movement that provides insight.
That HCR makes over $1,000,000 annually comes as no surprise and that she is “blue” in her approach is no surprise at all. She is brilliant in her ability to encapsulate and often provide historical perspective to the events we are experiencing.
Personally, I’m a bit more envious of Chapo Trap house (a podcast where 5 Millennial couch potatoes that are revered by their generation even though they screw up predictions at about a 50% rate) make $160,000 a month (source: Patreon). They are revered for being cynical and snarky.
I’d be in heaven to earn $2,000 per/mo. someday. Now I earn $0 since I don’t charge for membership/commenting.

Sloan Bashinsky
I think Heather does a really good job, and I think she is hesitant to give the right any credit for anything, and she is hesitant to get onto the left, and, I swan, if the DNC and Hillary had not done their 2016 coup, maybe Bernie Sanders, or some other Democrat, say, Joe Biden, would have beaten Donald Trump, who was chummy with the Clintons in his earlier days. God only knows just how much Trump appreciated Russian hackers helping him beat Hillary. Me, I thought they both should have been locked up in adjoining cells.
I didn't read Rand's other books, but ATLAS SHRUGGED seemed a harsh indictment of an American government that hated creative, innovative, excellent businesses and promoted and protected just the opposite.
Heather seems to have Trump figured out, and his base, and the Republicans who would rather lie down and spread their legs wide to same, robots, rather than be real, live human beings, who can think for themselves and are more interested in trying to help struggling Americans struggle a little less.
Instead, the right has gotten itself confused with Jesus, who would tell a good many of them that he never knew them. I don't see the Democrats pretending they speak for Jesus and God, who I really wish would have serious prayer meeting with both sides and the middle, too.
Meanwhile, I feel really sorry for the people in Ukraine and am darn glad there aren't 40 miles of Trump-MAGA led armed robots lined up trying to get into and take over my blue city - yet. Out in the country side, they pretty much are the 800 lb. gorilla, though.

Ol’ Flawriduh Cracker
The issue before Heather Cox Richardson as a historian is not about equivocation of issues or "balancing" the narrative, because both sides have merit. Her findings are from a place of documenting known events using accepted principles, facts, and truth that can be observed as a compass.
Now this brings up an interesting issue in that the "alternative facts" argument is as we consistently see used as the rationale for bad actors to justify the means to their ends. Thus when you read Putin's case requiring the invasion of Ukraine, his facts state that he is out to remove "Nazis" from power and remove an existential threat of missiles being far too close to the Russian border.
Now, one can accept that as objective facts or as convoluted propaganda.
From where I sit as an American that is quite familiar with European and Russian history and the socio-political economics surrounding that history. Cox-Richardson does an exemplary job in relating the facts surrounding everything of hers that I read. Putin and Russian propagandists, no.
And again I can be accused of confirmation bias BUT when I do investigate the available facts and events that create them, my beliefs seem grounded in reality.
A core tenet of the Constitution is that the Government shall not create a state religion or tell others what to believe. The Republican Right Fascists say this is wrong, that we intended from the beginning to have a Christian Church as the state religion and that religion should guide laws the government creates. Like the Taliban or Wahabi Muslims do.
That is absolutely wrong and must be driven from consideration in the the public sphere. You wanna gather and pray in public fine, but not under the auspices of the state. You wanna believe in Zeus, fine just don't mandate it as required by or sponsored by the Government. You want to pray all day long in your madrassa fine, just don't make my tax dollars pay for it or force my kids to attend the madrassa.

Sloan Bashinsky
I'm singing along with you. However, the fact (I think) is, the mess America is in today after the Trump experiment, which kinda reminds me of lab-creation of huge zombie masses, and perhaps they are replicating arithmetically, algebretically or even exponentially, the coup Hillary and the DNC pulled off in 2016 gave Trump the opponent he could barely beat, and here we are, and I don't see that in Heather's history recounts, nor do I see it at any Democrat forum.
I feel terrible for the people in Ukraine, and there is nothing I can to to help them, nor, apparently, nothing America can do. President Donald Trump warned Western Europe not to become dependent on Russia's oil and natural gas, he told them that would make them vulnerable to Russia and weaken NATO. They ignored him. Russia's oil and natural gas pipelines are its Achilles heel, but I doubt President Biden, NATO, or even President Trump would launch rockets against those pipelines. So, it seems Russia will take Ukraine without too much effort. As I live in Alabama's largest blue city, the surrounding countryside is Trumpland. I hope they don't rise up in arms and invade Birmingham. Their lady governor is in lockstep with Trump.