random musings of a tiny southern kingdom trust fund baby black sheep lawyer about Atlas Shrugged, the American right and left, his father's business practices, and golfing in the Kingdom 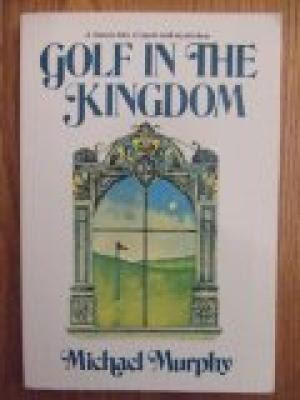 This southern trust fund baby black sheep could not help but respond to an Ol' Floriduh Cracker political commentary, which showed up in my email account today.

Here is a link, if you wish to better see the chart in it:

The Plot is Exposed or How “Atlas Shrugged” and America Got Screwed.

In the era of 1949 through 1956 Rich elites of course continued to express political beliefs to one another on Golf courses and social events, as well as with policy papers, business lobbies and meetings with political leaders.

As well as Cold War ideology, the elites enabled an even more encompassing dogma that would serve as a guide to the “natural order” of the world they envisioned.

There found numerous sources that provided “intellectual” and academic legitimacy they so coveted for what was a pile of regressive neo-liberal tripe.

This included economic theories that rejected Keynesian theory which came into prominence after the Great Depression of the 30’s. Was Keynesian theory wrong? Not at all. The elite far right was horrified with Government actually stepping in to “correct” the perfection of free-market theology. They glommed onto the “father of economics” Adam Smith, The Austrian School, The Montpelier Society and Milton Friedman as icons, in the case of Friedman as “science” not just philosophy.

In a nutshell the reams of BS their economic deities generated, always boiled down to this: rampant, laissez-faire Capitalism as well as supply side/trickle down economics. These two core beliefs in turn became set of policies that guided and informed the politics of the neo-Fascist’s creed to insure that NOTHING was going to impede their total freedom to do what they wanted with any form of government regulation, recognition of the commons, and especially the rights of the sweating masses.

The undisputed goddess of right wing ideology arrived as Ayn Rand who created a the cult hero in her insufferable work “Atlas Shrugged.” Protagonist John Gault became a poster boy of Rand’s pseudo philosophy that exemplified her “Objectivism”, where he and his fellow brave entrepreneurs as “makers” become fed up with the “takers” and just up and quit. In essence saying, “So there, how do you like utter starvation, bloodsuckers?” Rand’s worldview gave sanctity to unfettered greed as good.

Another example that sums the far right’s set moral and justifiable dogma comes via  American Philosopher Robert Nozick. His argument was that as so long as someones income is earned through free market exchange, any attempt to “redistribute' those earnings is “forced labor.” Taxation of course is what makes Billionaires slaves. It’s what inspired one hedge fund Billionaire went to go as far as describing himself as being akin to a Jew at Auschwitz.  In short they earned it all and can keep it all ; so go fuck yourself, if you think I owe anyone a dime .

As well as the rise of a plethora of pseudo intellectual economic justifications… Now, you might ask well, then how come Milton Friedman, and Free Market Theology is the assumed true belief system that comprises economics?

As you’ll see that belief is but a matter of hundreds of metaphorical nails hammered into your skull by, you guessed it, Uber-rich Neo-liberal fascist loving Billionaires.

The “Paranoid Right” Finds Their Sponsors

John Birch was a Korean War captive . All we need to know for purposes of the dogma that to this day empires the Billionaire Fascist far Right is that somehow he became a martyr and symbol of evil Communism, but not just per the North Koreans, the Chinese Commies, or the Russians. He somehow became the rationale as to why there are Commies embedded in every branch of the Government, ready to destroy the nation from within and hand it to al the Commies on silver platter. And of course again we all know why this insidious plot is out to destroy your ability to make billions too.

At some point in the future we might detail the history of what started as a cult of Cold War paranoia to become what is the essence of todays, Fascist  Republican Party. For now this graphic lays out the relationships of time, money and ideology constantly carried forward, just as free market theology was for political economics, not just to become a philosophy, but a state religion of America.

How Three Brave and Brilliant Women Exposed the Plot to Destroy Democracy .

Three books really capture the essence of the underlying dogma that the Fascist loving right is imbued with;

The common denominators to all these seminal works on the plotting of the Fascist Far Right are that:

My recollection of ATLAS SHRUGGED is the American government had taken over and weakened American businesses and the heroine Dagny Taggert met a steel innovator named John Reardon, who was showing the government-control industry up really bad and not at all popular with said government. They had a fling, then Dagny finally got around to meeting the mysterious John Gault, fell for him, they coupled up, and, as I recall, Reardon became a Gault follower, too. As I also recall, Ayn Rand was an atheist and in ATLAS SHRUGGED John Gault represented her own personal version of the Jesus she had not found or had rejected in her youth.

I grew up in the less-affluent side of the all-white Birmingham, Alabama "over the mountain" suburb Mountain Brook, which long has been nicknamed "The Tiny Kingdom".

My father and his father were astute businessmen, made their mark in manufacturing and in stock market investments.

In his youth, my father was a scratch golfer (at or below par), and he let that go, mostly, via being a combat aviator in the WWII Pacific theater and then coming home after the war and going into business with is father, who, with his brother in law, had purchased what was known as the Golden Flake Potato Chip Company from its founders in Birmingham.

My father then proceeded to learn the company from the ground up, and eventually he bought out his father and uncle in law, and then the company really began to grow under his leadership, with the help of able men already working there and brought in by him and those men. They worked very hard. One step at a time. They set up an employee profits sharing plan, which was sort of a new thing. Unions tried but were unable to get into Golden Flake, principally due to my father's relationship with his line employees, who loved and trusted him. Golden Flake slowly became a market force in Alabama and adjacent states.

Often my father told me that learning golf was very important, because all business deals are made on the gold course. I took up and learned and began to play the game pretty well, but I never beat my father, except one time I did not count all my strokes - I cheated.

Golf is a great life metaphor, if you actually know the game. A wonderful book was written about that by the Zen guy Michael Murphy, GOLF IN THE KINGDOM, which I bet every PGA touring pro has read. I doubt a golfer like Donald Trump would have a clue what golf and that book really are about.

The fortunes of Golden Flake slowly but inexorably began to slide downward due to Frito-Lay, which dominated much of America, channeling its profits elsewhere into Golden Flake's market area in the form of paying large sums of money to grocery and convenience store chains for more shelf space in their individual stores. Shelf space was critical to who won that market battle. Law graduate me was convinced it was an anti-trust violation - unfair competition - but was advised there were loopholes.

Slowly, but inexorably, that's how Frito-Lay ground down and chewed up and wore out Golden Flake, which was a shadow of its former self when it was bought by Utz Quality Foods of Pennsylvania in 2016 for about 3.5 times more than Golden Flake common stock was trading on NASDAQ.

Yes, I am a trust fund baby. But, I learned Golden Flake from the ground up, working there during summer vacations, and then four years after I graduated from law school and clerked for a U.S. District Judge in Birmingham. Part of why I wen to law school  was my father often had told me that he wished he had gone to law school, because knowledge of the law is really important in business.

I knew Golden Flake back then. I gave it my heart and my soul, and it cost me a great deal of my heart and my soul, and had a great deal to do with my life going to hell personally and otherwise. I quit working there and went into the practice of law to try to save myself and spare my father even more grief. I should have practiced law after the federal judge and then perhaps gone to work for Golden Flake, or not.

Now, my father was a very shrewd investor. He bought a lot of Frito-Lay common stock, which kept going up. Then, Frito-Lay merged with Pepsi-Cola and the merged company became known as PepsiCo on the NY Stock Exchange. PepsiCo stock kept going up. As my fortunes, so to speak, kept going down.

Eventually, I walked away from it all. I moved away from Birmingham, got deeply involved in the spiritual side of living. I went down many rabbit holes, including living on and just off the street for several patches of time. I ran many times for local office in Key West and the Florida Keys.  Even as something a lot bigger and smarter than me stayed with me and somehow got me through it, even as I became the family black sheep, aka, the nut case.

You connected with me in comments under American Historian Heather Cox Richardson's very blue Democrat LETTERS FROM AN AMERICAN on Substack. Heather is the highest dollar earner on Substack - well over $1,000,000 per year. When I pointed that out in a comment under one of her letters, some of her devoted followers let me know I was out of line. Heh, me, who belongs to no political party, views all political parties as cults.

As you well know, America is in very deep doo doo. Alas, I cannot blame it all on the alt right, to which I definitely do not belong, and they would not invite me to play golf with them more than once, I don't imagine. Nor do I get invited to Democrat social gatherings more than once 😎.

I personally think it will take an Act of God to wake up the American right, left and middle, and since that has not happened lately, nor more distantly, I suppose I should not be holding my breath.