Did God send Mike Leach to Mississippi State to try to change his political views? 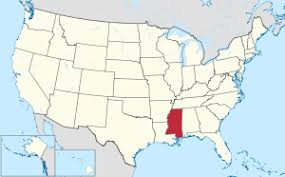 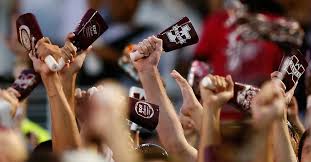 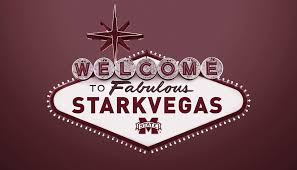 I read a while back that the Mississippi novelist William Faulkner said, "In order to understand the world, you must first understand a place like Mississippi." 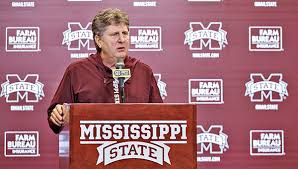 I read online of Cougars fans saying they really like and will sorely miss Coach Leach, who turned their football program around. I also learned Coach Leach and I share having lived in Key West, which I did not know when I lived there. Then, I learned Coach Leach might be President Trump's favorite college football coach. 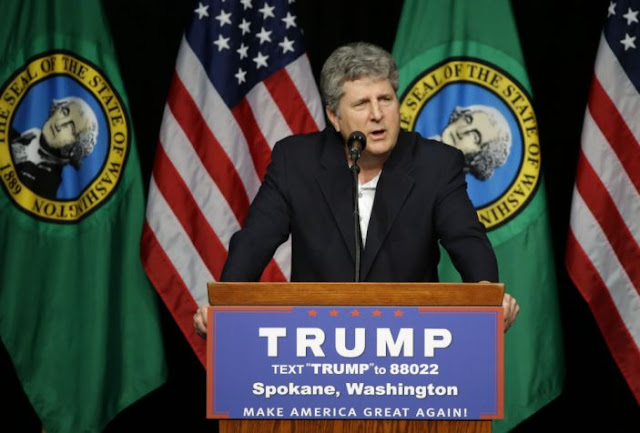 Nick Bromberg
Mike Leach was apparently not thrilled with Sen. Mitt Romney’s decision to vote to convict President Donald Trump after his impeachment trial.
The former Washington State and new Mississippi State coach asked early Thursday morning on Twitter, “As an American, does ANYONE, REALLY want Mitt Romney on their side?!”
The tweet and other tweets about Romney have since been deleted. Another of the tweets said, “Those that believe in the competence of Mitt Romney, what do you trust in him to do?”
Brian Floyd
✔@BrianMFloyd

Leach did not, however, delete some of the replies he made to Twitter users who responded to his original tweets.
Will Ginther@will_ginth

Leach, a Trump supporter, told USA Today in a text message on Thursday that he “just asked questions” before deciding to delete the tweets.
“Nothing really to report. I just asked questions. Then I thought it was drawing more attention than it deserved.”
Trump was acquitted on Wednesday of the two articles of impeachment presented to the Senate. Romney was the lone Republican to vote in favor of convicting him.

This isn’t the first time that Leach has gotten political on Twitter.
He tweeted a doctored video of a speech from former President Barack Obama in June of 2018 and subsequently defended his decision to send the tweet after Twitter users told him the video had been edited. He then asked multiple Twitter users to prove that the video was spliced to make it seem like Obama was saying things he never said in the same speech. He even asked a Twitter user what a fact was.


Most recent reader comments
Bet his players are excited about playing for a Trump supporter
thought the right said sports people should stay out of politics?
And we care what Mike says because.....
I don't care if you are right or left. Let's keep sports and politics separate. I don't want to hear Leach's political views any more than I want Romney's opinion on college football. Neither of these guys is credible in the other's domain.
Mitt apparently only republican with a backbone..... his vote does nothing for his political career. Good on him. At least history will look favorable on him.
But Mike thought Mr. Romney was the best thing since sliced bread not long ago when he ran for president ?
We trust him to stand for our laws and constitution, more than what other Republicans senators did. Trump didn't learn a thing and Senators know he did wrong but Trump pretends he doesn't hear them.
what a country, we now vilify independent thought.
Leach is what his name implies.

Email from a friend:

I have a good a friend who was my roomate through undergraduate. He and his wife live in Mississippi and were huge supporters of Miss State before Leach. My friend said there some local black kids already saying "Fuck Ole Miss and now fuck Miss State too..." My friend and his wife are black- they said he(Leach) was going to have to concentrate on football.

I watched all of those YouTubes and learned how much President Trump and Coach Leach admire each other.

I recalled the white President of the University of Alabama arranged for President Trump to use an important white Alabama alumnus' enclosed box seats to watch the Alabama v. LSU game last year, and President Trump turned it into a nearly all-white MAGA 2020 reelection event, and the mostly black Alabama team played terribly the first half and got too far behind for its furious 2nd half comeback to catch LSU. A large majority of Alabama blacks do not like President Trump.

My friend then sent a YouTube of Coach Leach addressing and fielding questions from Mississippi sports journalists earlier in the day of the Mitt Romney tweet - 2/05/2020: 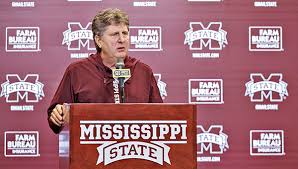 If you think that's a long run-on sentence, it's a tadpole compared to William Faulkner sentences that sometime ran over a page.

sloanbashinsky@yahoo.com
Posted by Sloan at 9:25 PM